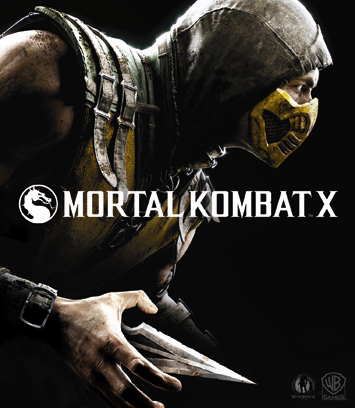 Mortal Kombat's initial release back in the early 90s was met with no small amount of controversy for its graphic depictions of violence and bloody, corpse-strewn environments. Despite some successful initial censorship efforts, the franchise has continued for the intervening 23 years, and is now at once more violent and more graphic. Fortunately for gamers who're interested in more than just a gory spectacle, that's not all they've ramped up. The story mode in MKX is like nothing I've ever seen before, essentially offering up an extended cut-scene-based cinematic experience interspersed with the player taking control for periodic fight scenes.

MKX's story mode can most easily be described as an eight-hour, interactive kung fu flick, where you're in the driver's seat whenever a fight breaks out. You'll jump between controlling a wide array of different characters from the roster, between different places and different times. The story's execution is impeccable, notably complex for a fighting game, and is ultimately an over-the-top action romp like you might see from Jet Li. You'll start out playing Johnny Cage, and work your way through the good guys, beating up on the followers of Quan Chi and Shinnok, the fallen elder god intent on interplanar domination. If you're into action flicks, and kung fu movies in particular, you'll definitely find a lot to love in the story mode, be it the occasionally cheesy dialogue or the seemingly optional quicktime events that appear to change the action within the cut scenes, but little else.

The special moves in MKX are generally fairly simple to execute, much akin to a whole host of other fighting games. Back, Forward, X. Down, Forward, Square. All of the button presses you've been inputting since the early 90s. The directional controls do feel imprecise on occasion, however, which may well speak only to my own controller prowess, but is worth noting. Extended combos are slightly harder to pull off, but it just makes stringing together a several-hit combo all the more gratifying. Additionally, for the less adept players working through the story mode, losing a match seems to automatically lower the difficulty for the next round, so you'll rarely get stuck on a fight for all that long, which is not unheard of, but makes the game experience significantly more enjoyable all the same.

The character roster is robust enough to ensure that it will take you quite a while to master every character, and the possibility of expanding that roster later with DLC makes it all the more impressive. Historical favorites like Johnny Cage, Scorpion, Sub-Zero, and many more all make an appearance, as well as some of their classic moves and sound bytes. Making the robust roster even more impressive is the fighting style option for each character involved. With three options available for each character, which change up the special moves available during the fight, you've got basically triple the number of characters to choose from and, eventually, try to master. 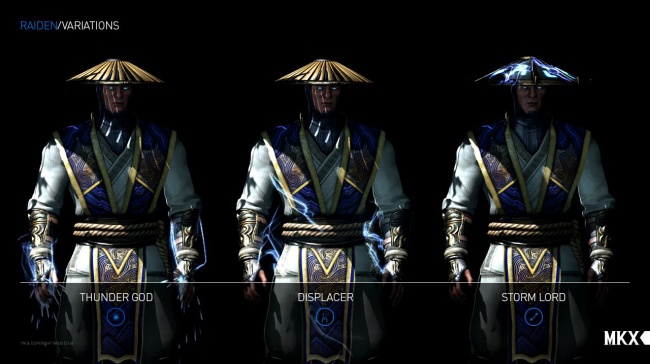 Mastering the story mode will set you up for success on the local multiplayer as well. Learning the sames and differences between the characters will help hone your skills and minimize mindless button mashing when your friends are over to play. Button mashing is still a viable option against all but the most precise opponents, however, so you'll still have fun, even if you don't know all the moves and combos.

The first-person Krypt mode is where you unlock special finishers, outfits, and more. It's a peculiar experience, though, as it's reminiscent of old-school corridor shooters, where you turn in 90-degree increments. As you browse the Krypt, you'll be able to spend Koins - currency earned through fighting - to open tombstones and unlock the mysteries contained therein. The most fun part of the Krypt is not unlocking new outfits, rather it's hunting for the special chests that appear at specific time intervals in seemingly random locations. They'll often reward you much more generously than the more expensive, static tombstones.

MKX's single player and local multiplayer are exquisite fighting-game experiences. While it's very possible the story mode might wear on certain types of players who are just eager to get on with the fisticuffs, the effort put into it is more than obvious, and makes for an incredible experience by yourself, or passing off the controller between friends. With several hours of gameplay in Story mode, plus a number of other game types - like the Towers that run you through several consecutive contenders with stage modifiers that do anything from reversing the controls to turning the fight completely upside down - you'll find a lot to enjoy in MKX, and that's all before you even take on another player.


Bottom Line: Mortal Kombat X offers the best story mode I've ever personally seen in a fighting game. Its cohesive plot and extended cinematics makes you feel much more like a participant in a film than a player on the couch. The fighting is frantic, fluid, and dynamic, with the glorious goriness of the X-Ray moves often turning the tides of battle.

Recommendation: An absolute must for franchise fans, and a really stellar bet for general fighting game fans, even those who just appreciate a good story will find a lot to love in Mortal Kombat X.

Editor's Note:This review is based on the single-player and local multiplayer only. The online multiplayer servers were not available at the time of this review.