Star Ruler 2 is a real-time space game of exploration, expansion, exploitation, and extermination belonging to that genre known as the 4X. In the game, you take on the role of ruler of a massive galactic state and colonize new worlds, customize your space fleets, build up infrastructure, and spar over galactic politics. For a real time game, it doesn't require too much micromanagement or stress, focusing more on strategy and overall tactics than small-scale skirmishing. That's good, because the game scales upwards, from small maps with a handful of tiny fleets to megaconstruction-focused games where entire galaxies are consumed by detonating black holes, planets are routinely crushed, and massive ringworlds are built to fuel entire interstellar economies. You'll likely find yourself playing somewhere in the middle, but with a robust multiplayer or tens of AI opponents, this game provides long games of high stakes, epic scope space strategy. 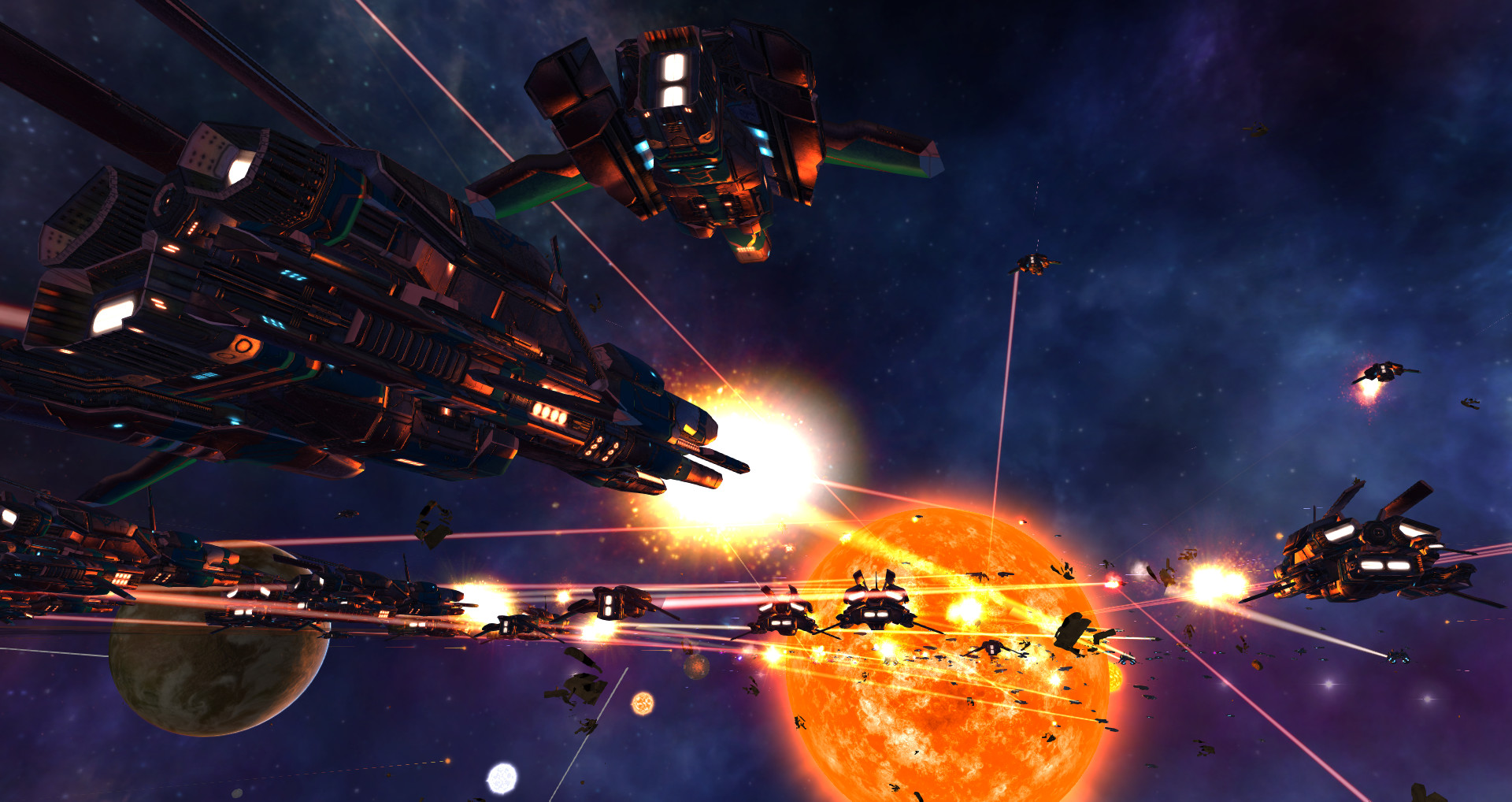 One of the first things that has to be said about this game is that it's not, well, smooth. It is not the glittering polished stone that Endless Legend was, no, it more reminds me of the release state of games like Europa Universalis IV or Crusader Kings II. It is packed with potential, but issues of clarity with the interface, transparency of game mechanics, and serviceable-but-not-ideal systems can cause frustration or confusion in players used to more robust or simpler strategy games. In some ways, and for many players, the game will be all the more charming for its odd mechanics, hidden techniques, and quirky interactions between ships, worlds, and technologies. Mastering the systems of this game is a matter of trial and error, not careful tutorial, which won't jive with strategy gamers who're more used to having the mechanics served to them in a neat fashion or on a plate. In short, it is precisely the kind of game I love to play - even when it's making me mad.

The second thing to be said about Star Ruler 2 is that it's got some brilliant, brilliant mechanics. If you're looking for a game that does things differently than others in the genre, this is the place to look. Much of the game is built around the feeling of running a massive, ponderous space empire. Take the budget cycle, for example. In most games you build up a budget over time, say you get a tick of money once a month, or turn, or what have you. You can roll this cash into a massive treasury and eventually bankroll and endless stream of buildings or units or what have you to win the game. In SR2 your money resets every three minutes. You get a budget, you spend the budget, or you lose the budget. If something's not in the budget? If it costs too much? You can borrow against future budgets at a great cost. If you don't spend the money, it rolls into one of a number of social welfare programs, giving your empire research grants, free housing, or increased energy generation.

Similarly different from other 4X games is the influence generation mechanic. Influence is a resource that your planets generate and that you can bank over time, though you have a cap which drastically reduces how effective you are at generating it if you store too much. Influence is spent to buy cards in a board-game like system against other empires. Those cards can then be spent for effects like founding the galactic senate headquarters, annexing a system from another power, or renaming worlds. Many of those powers go to a vote among the various factions, but you play other cards you've bought into the vote for positive or negative effect. That initiates a tug-of-war over a few minutes, with the faction having the most votes spread out best over time winning and passing the vote. Layer that on top of a set of fairly standard 4X interactions like war, peace, and trade agreements - toss in a dash of the ability to make other empires into subject states instead of fully conquering them - and you've got a rich system that makes the back-and-forth of interstellar politics feel dynamic and interesting.

Several of the game's other currencies are much like the ones you've seen in other 4X Strategies, though. You have energy, which can be spent to activate found ancient alien technology from planet busting lasers to spacefaring continents. You also have research, which is spent to unlock new technologies from a large web - though some techs can be unlocked by paying an alternate cost in another resource. You also have FTL energy, which is spent by your race to use their faster than light tech to move fleets - though what that tech is differs based on race. Finally, you have defense, a resource that causes your empire to automatically build and maintain defensive ships around planets of your choosing.

All of these resources accrue based on a fascinating mechanic called pressure. Planets produce pressure of a certain type - say, energy pressure. Individual planets have to be lined up in ever-larger trees to upgrade the planet on top to higher tiers so it can support a higher population. Larger planets, with larger population, can support more pressure and therefore automatically build more advanced civilian structures to increase your income. The strategic choice is really fascinating, because you can put all your eggs in one basket, find a big planet, and pump everything your empire produces into it. If you lose that planet, well, you're out of luck, and losing any planet lower down on the tree means you get a snowball of requirements and your top-tier worlds start to starve down to lower levels. Otherwise, you can split up your production across multiple worlds, ultimately limiting your potential but keeping your economy safer from attack - and this isn't even getting into building megaconstructions like artificial planets and ringworlds.