Developed and published by Stardock. Released May 14, 2015. Available on PC. Review copy provided by publisher.

Note: The review build of Galactic Civilizations III provided by Stardock did not include access to the campaign mode. This review pertains exclusively to the game's sandbox and multiplayer modes.

Pushing its way into a crowded stage of turn-based strategy with similar mechanics, Galactic Civilizations III makes big promises for massive universes, hordes of enemies, customization, and ease of use. It delivers on all of this, but doesn't quite introduce a lot that's new and exciting into the genre, nor does it do too much unique aside from "bigger." Sometimes, though, that's enough, and Gal Civ III fulfills much of what it sets out to do - it provides the core space strategy game that others will be compared to for the next few years. So strap in, because there's a lot to cover here - from old presented in a new way to attention lavished on elements of strategy that usually go wanting, and the most ambitious ship designer I've ever seen in a game. 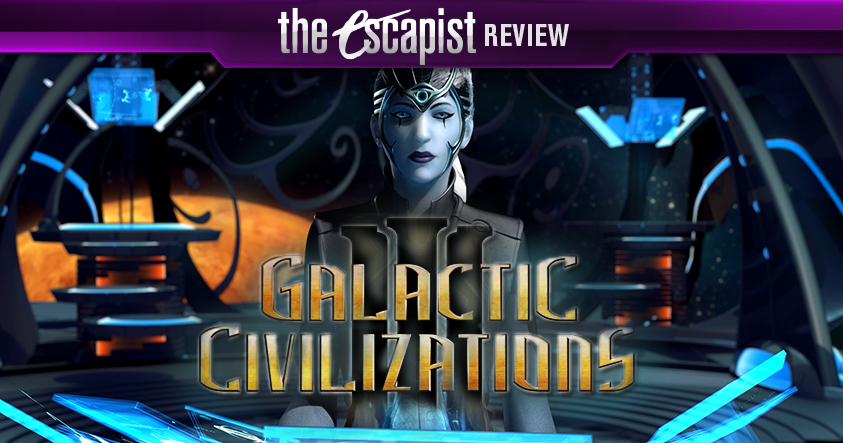 Gal Civ III's interface is a notable upgrade from many other strategies, making use of the increased screen real estate from the required 64-bit architecture to be sure they can fit lots of information in any given area. The game's primary sidebar, over on the right, includes the kind of full map display with filters alongside lists of units, planets, and stations that are usually relegated to separate screens. With nice big tooltips on most interface elements, you can usually understand where a bonus or number is coming from and what temporary modifier is affecting it. On the other hand, most technologies and effects that provide a permanent bonus to your whole empire aren't listed anywhere clear - so try your best to remember which ones you researched that one time in that one game so you can find them again. The planet management screens, where you place buildings, are often varicolored green hexes over green continents, and can have such high contrasts they hurt to look at. This one is not entirely colorblind friendly - though most planets and ship types have varied and obvious shapes or numbers overlaid for identification.

Interfaces aside, the game's graphics are about average, and the look of ships and stations only has a few model sets - though they're hilariously customizable with the ship designer - so eventually you're going to see everything that there is to see and want more. On a lower end PC, or one meeting the minimum requirements, the largest games are going to get very low frame rates very fast, so you'll spend a lot of time in the zoomed out strategic map view where models aren't rendered too closely. Even a powerful PC can have stability issues, and there are certainly some game-crashing bugs or memory leaks still around in here: I found on several PCs that the game averaged a crash every four or so hours of play. Autosave makes this little more than an inconvenience, multiplayer aside, though load times can be quite long enough to grab a glass of water and visit the restroom on any but the smallest maps. 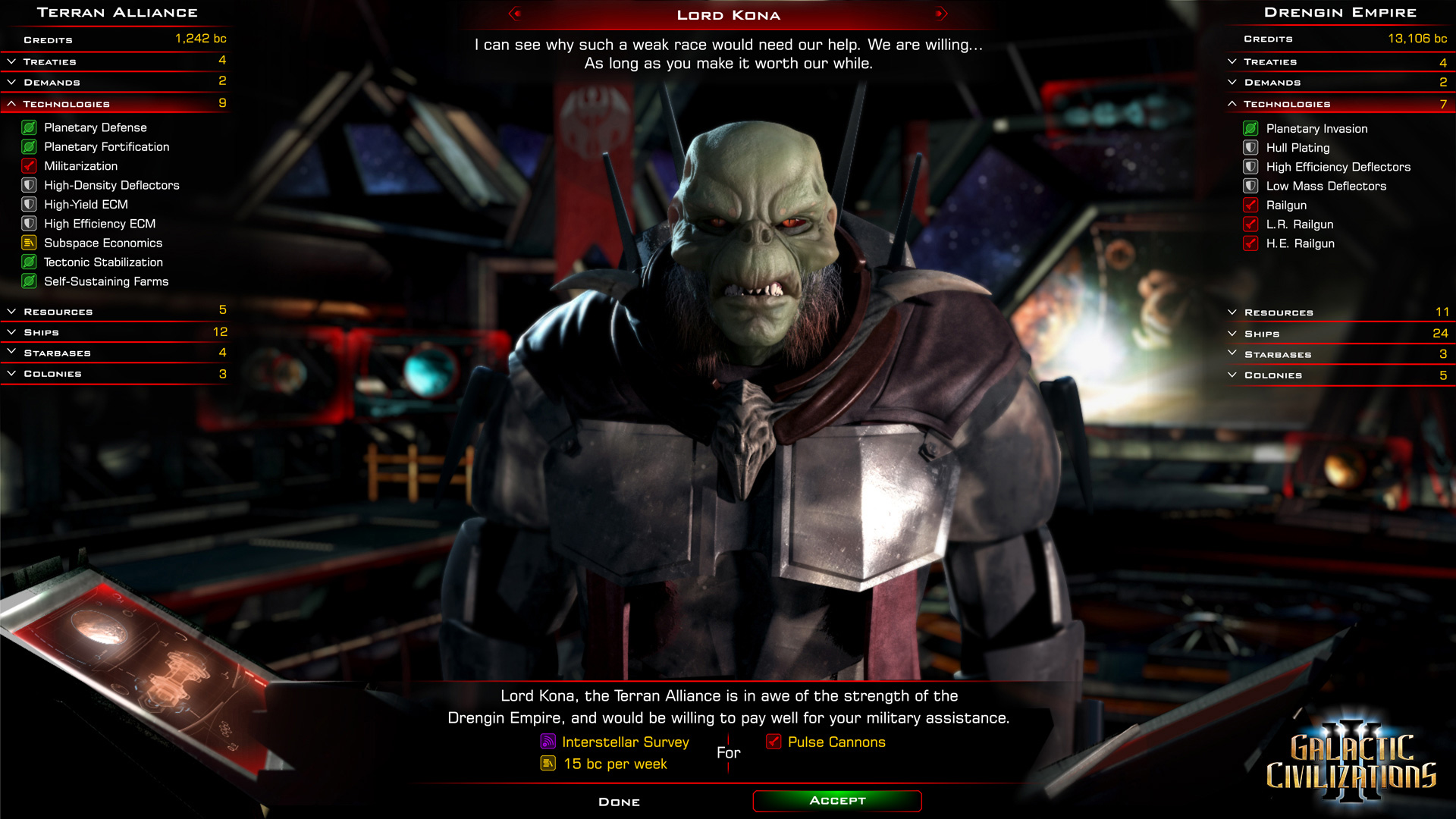 Gal Civ has quite a collection of lore around its races, with backstories, interactions, and such. None of that really matters in skirmishes and scenarios - they all fall into archetypes you can easily understand. Ultimate warrior jerks, ultra-capitalists, religious fanatics, sexy blue space elves - you know the drill for Space Opera games by now (and if you don't here's Generic Space Opera 101.) The nice thing about Gal Civ III is that these factions are partially to wholly asymmetrical, each having its own tech tree and slightly differing building selections. You can also build your own races to spec with a point-based system that equal the provided ones, and in a lovely twist teach the AI how to play them with a few selector switches. So if you don't enjoy the generics just build your own galaxy of wholly unique generic space goons to battle.

The game's economy and basics are laid out like most every other turn-based 4X game you've played. An initial rush of expansion and initial skirmishing is followed by entrenching, building up armies or economies, and fighting off your opponents or pushing for another victory type - with a dash of diplomacy and "united planets" voting for bonuses thrown in. There's not much innovative in how the game's economy works, with standard food, science, and money production coming from worlds. In fact, you'll pretty much exactly understand it if you've played a 4X in the last five years - and for me that was more than a little yawn-inducing at times, though the game includes lovely cinematics for many of the major events like colonization and building capital ships. The only exception is that your fleet units are always built at shipyards, which work by pooling production from up to five different worlds. The economy can be handily managed from the game's governance screen as well, directing planets to focus on economic, social, or research goals on a simple sliding interface. Knowing how close you are to an influence, war, diplomatic, ascension, technological, or other victory is as easy as clicking a button on the screen. There's finally choosing an ideology, which puts you into a category alongside other races of that same ideology and gives a few meta-faction bonuses based on your reactions to galactic political events and events you get upon colonizing new worlds.