Here's some insight into the background of the game developer behind Sublevel Zero. The co-founder of Sigtrap Games, Dr. Luke Thompson, has a doctorate in Physics and worked on the Large-Hadron Collider at CERN. He decided to make a video game of calculated genius. Spaceships and retro graphics juxtaposed on a 3D scale. Space Chests filled with loot. This is the story of Sublevel Zero, a roguelike space adventure. The perfect mix of challenging and rewarding. You're a one man army space pilot up against an entire facility of robot ships. You must climb six sublevels of challenges to put together a flux drive and escape back home in an intense test of your shooter and space pilot skils. The exploration of the story behind the world of Sublevel Zero is a bit too simple and vague to give me an emotional investment in it, but players will be able to fill in that void by the intense space battles and memories they make themselves. The gameplay is solid and optimized enough that you'll be fully immersed in the space action. 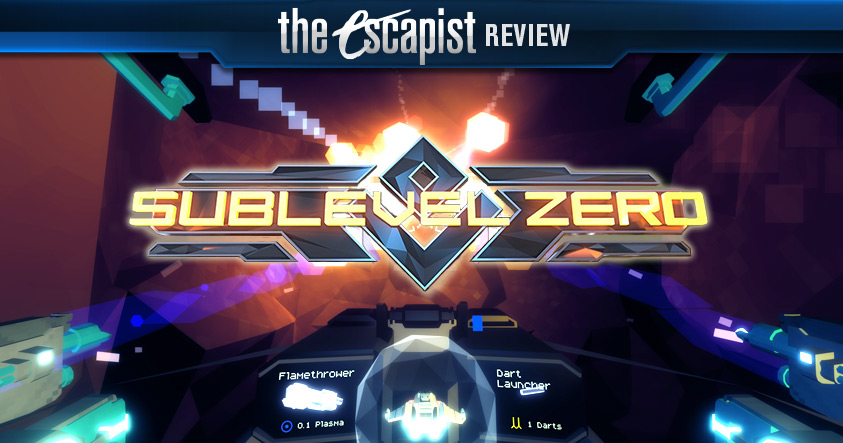 Sublevel Zero's procedurally generated map system means you'll have a new space labyrinth to conquer in after you die. The six different sublevels that make up one playthrough of Sublevel Zero have their own themes. Some of them are your standard space facility type deal, others might be lava based, and even some gem caves pop up too.

I was really worried I'd be bogged down by the controls. When I first started playing and realized the controls were mainly WSAD and mouse, it became really easy to get accustomed to the navigation system. To feel like a fancy space pilot, your ship tilts 90 degrees left and right when you hold down the Q or E buttons.[1] The pause menu allows you to remap the controls as you see fit, of course. You can even toggle mouse sensitivity and acceleration if you desire. Sublevel Zero has an electronica space soundtrack that compliments the spaceship vs. robot army action fairly well.

Graphics options are a bit slim, allowing antialiasing, draw distance, field of view, and individual aspects like that to be adjusted manually, but the retro space cartoon visual theme of Sublevel Zero doesn't really need options for texture quality. 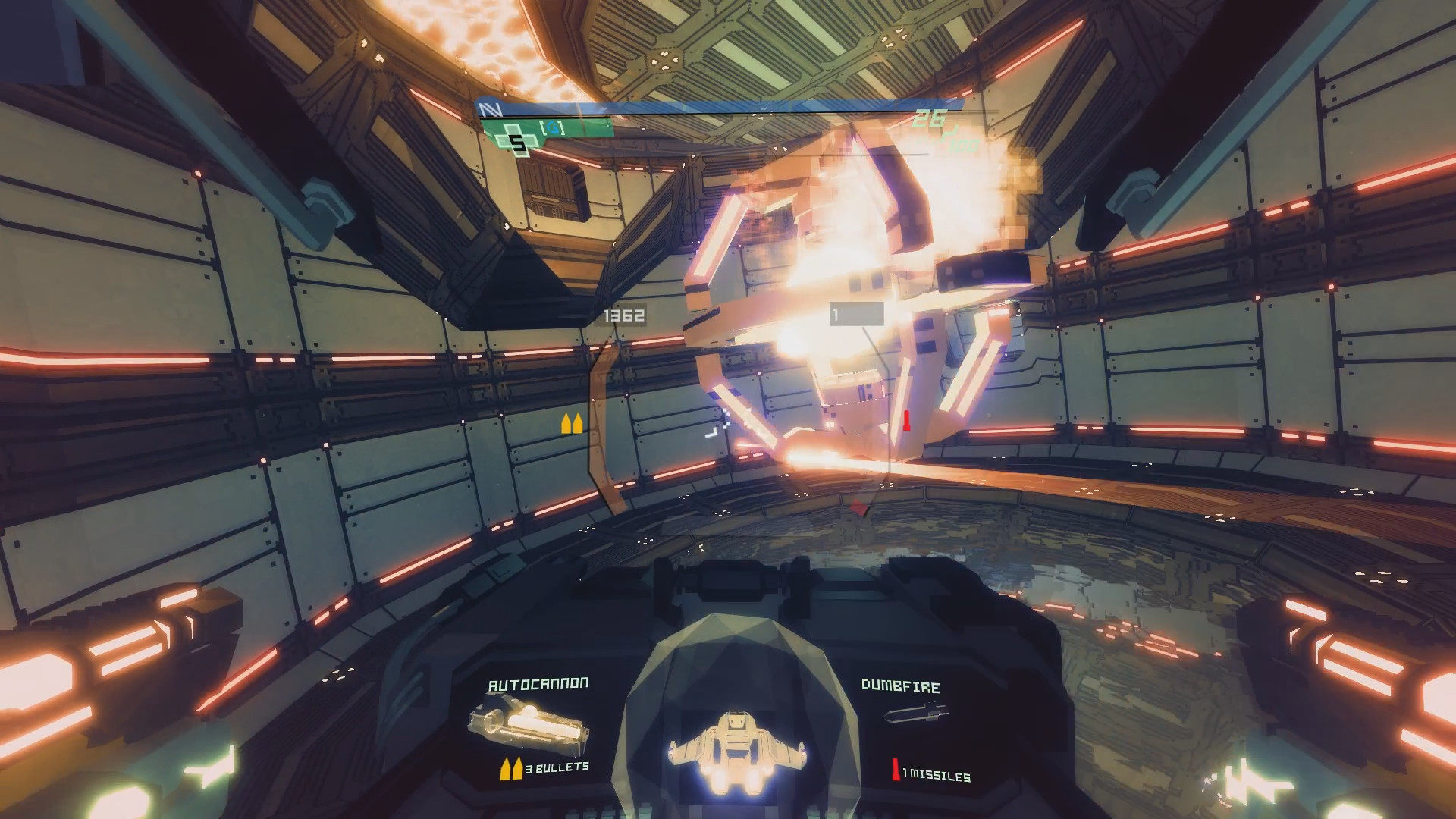 The different enemy ships are colorful and unique, with their own visual qualities and physical features to distinguish them. It's helpful for strategy as well because each enemy has their own fighting style and movement patterns. There are ships that spin really fast and shoot a volley of missiles at you, ships that give off a blinding ball of light making you unable to see their approach, and big brutish red ships that charge straight at you. The enemy ships in Sublevel Zero serve as the cast of characters, really. The minimalist plot of the game doesn't really leave room for much else to take the stage.

The only thing this game lacks is a story. There's an intro that gives a decent idea about what's going on. The universe is apparently tearing itself apart, sucking up solar systems and spitting them out somewhere else lightyears away. It caused humanity to separate into clans based on wherever they happened to be. They value artifacts from the era before the universe started ripping into pieces. You're a space scout that finds a mysterious facility out in the middle of nowhere filled with ancient technology. That's pretty much it. There's a few "text fragments" that let you peer in on the past of the universe, but they're too few and far between to really make sense.

The first person shooting gameplay is allowed to be hard because of the procedural generation of the map allowing Sublevel Zero to be entertaining even when you fail. In many cases during my gameplay experiences, going down one branching path of corridors and tunnels leads to a dead end. But I was too engaged in going from room to room, blasting the robot ships to bits, and collecting repair kits or weapon parts as a trophy for my kill.

If you're not thinking about what you're doing, hoping to just run in and shoot all the enemy ships, you'll die. Health for your ship is highly limited and it doesn't return on it's own. You're forced to think about fighting the war against these robot ships instead of just winning each battle at all costs.

For killing enemies, you get nanites and ammunition. Nanites are the game's currency system and can be used to craft upgrades for your ship. Your ship's arsenal contains a solid trinity of bullets, energy, and plasma options for your primary guns. The secondary weapon loadouts allow various missile types and dart-like space projectiles to help add the extra punch. Sublevel Zero's loadouts are streamlined enough to not be too complicated to understand, but I wish there were more options.

Not only is slaughtering your robot foes a challenge, but collecting their loot is a daunting task. Remember those nanites and ammunition drops I mentioned earlier? They disappear shortly after they appear, which means you have to take a calculated risk in clearing out a particular room. Do you rush in and grab the nanites and ammo, only to risk getting mobbed by other enemies in the same room? At the end of each sublevel, you gain a nanocart as a reward for collection of a certain amount of nanites. These nanocarts contain power ups and "perks" to your ship for the next level.

There are other ships to unlock, like one I got called "The Hulk." It's a bit slower, but it had more inventory room and armor. I combined that with nanocart upgrades that self repaired my ship. I managed to make it all the way to what I think was the last sublevel: Five. I died in the last room. I was furious - yet seeing all the unlockable blueprints and new nanocart options I earned, the game made me want to jump back into the gauntlet again. Even if I won the last level, I bet the rewards I would've gotten would have been much the same. The game wants you to try again and unlock more upgrades anyway - it's just how you play. Sublevel Zero is a good enough mix of challenge and reward to convince me one more run is a great idea.

Recommendation: This isn't just any roguelike game, it's a calculated equation of how to pull off the technique with success.