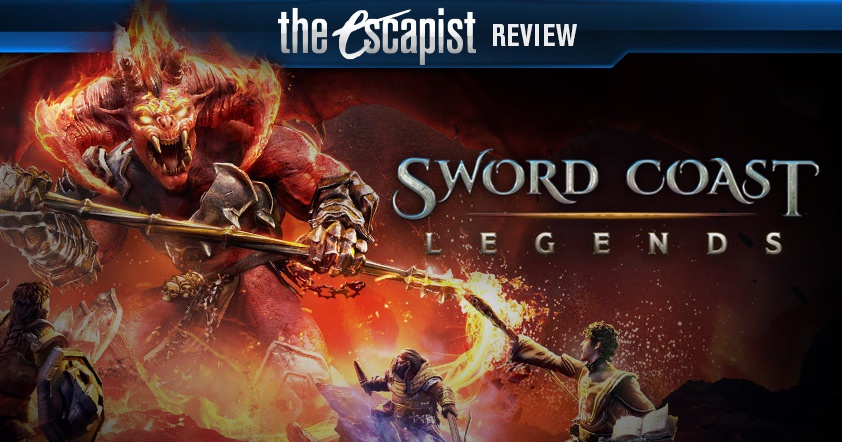 I've waited a long time to get back to the Forgotten Realms and the true Dungeons & Dragons universe - since Neverwinter Nights 2. I played the remastered edition of Baldur's Gate to try to cover the withdrawal (and forget the abomination of Daggerdale). I played Pillars of Eternity, Shadowrun Returns and Divinity: Original Sin to try to keep my CRPG skills sharp, all the while waiting for Sword Coast Legends to drop so I could get back to the D&D I loved as a kid - of course, this time with the new 5th Edition rules.

And while jumping in to the game had the feeling of putting on an old comfortable glove (as a friend so eloquently put it), the repetition to the dungeons and quests the further I got into the game, coupled with a formulaic approach to combat, made for only a good experience rather than the triumphant return I was hoping for. Expectations aside, though, Sword Coast Legends is a good game with an enjoyable in-depth four-act story. The CRPG aesthetic is in full force with pausable combat, some strong voice acting and a few "wow" moments that will have you scrambling to save your party. 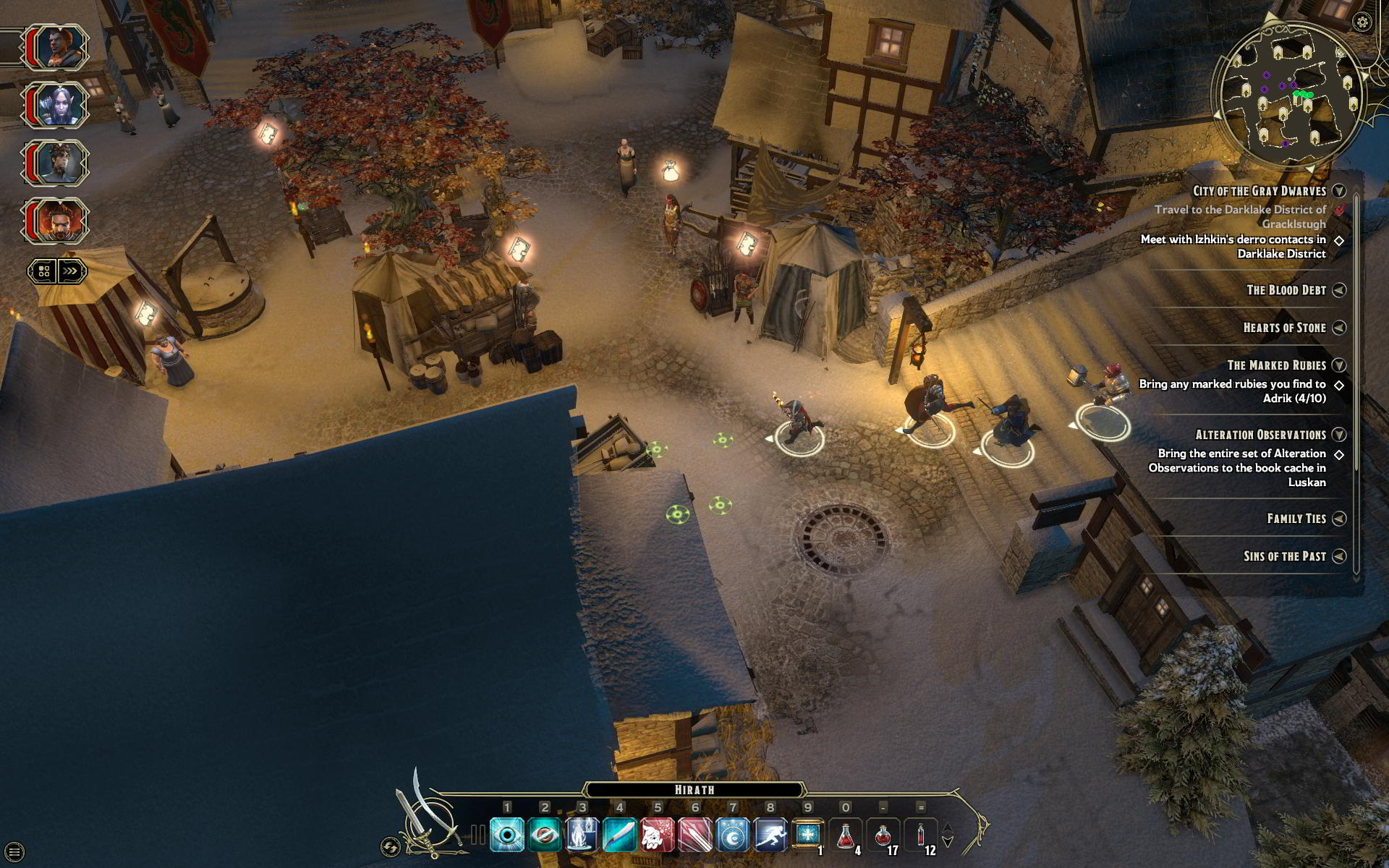 Creating your character is simple and straight forward, and offers quite a bit of variety. However, if you are a purist, you'll notice immediately some departures from the 5th Edition rules. There is no multiclass, half-orcs or gnomes, and the skill tree system is more reminiscent of Diablo than a Player Handbook. But I eventually settled on a halfling rogue, with the idea of death from the shadows and a lockpicking, trap-diffusing scoundrel extraordinaire.

To set the stage for the game, you find you are one of the last surviving members of the Burning Dawn guild, all but wiped out by some overzealous knights of the Gilded Eye who feel that all members of your guild are possessed by demons. (We won't mention the nightmares to them, ok?) The campaign then ships you off to various locales throughout Faerun and the Forgotten Realms to track down the truth and hopefully ensure your character can once again get a good night's sleep. There are also plenty of side quests to help build up XP and level to make the different act finales a bit easier to tackle.

The characters you use to populate your little band of four have solid background stories and also provide quests of their own to get you to feel more comfortable in your group and care about the NPCs. Only once was I surprised by a character that could join my merry band, not because of his potent skill set, but because it just didn't seem to fit with the overall story that had been constructed. That said, all the characters were enjoyable to learn about, listen to and play. It was obvious that considerable effort went into the character crafting and lore.

Many of the locales were interesting and the town folk and NPCs entertaining. Even the enemies have some depth, with lore to back up their motivations and conversations designed to enlighten as well as piss you off. 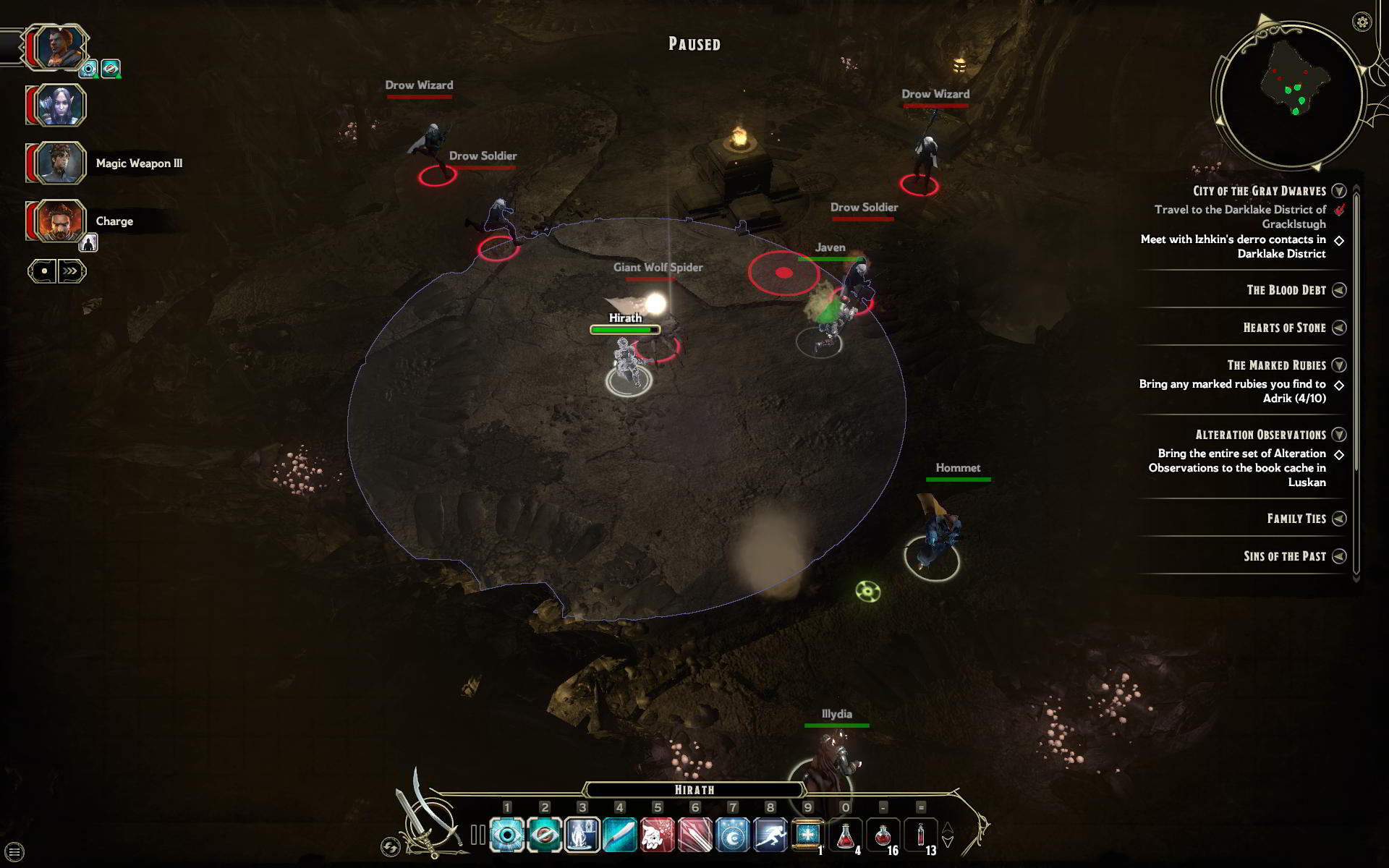 However, the further I got into the game, many of the quests were the same, just with slightly different trappings. And quite a few dungeon entrances and layouts provided a serious sense of deja vu. And when you do come upon guys that want to see you dead, the combat is uninspired. Let me preface this by saying that you can micromanage the combat and be very specific about each ability used, each spell cast and exact positioning of your characters. But the default in combat is set so all of your characters are quite capable of running on autopilot. They occasionally will pull some boneheaded maneuvers, like my cleric casting a real powerful healing spell or scroll when the lowest level one would do, but for the most part, combat against a majority of the bad guys requires little to no effort on my part. Only when I hit the final big fight of Act 2 did I seriously have to micromanage all four characters, map hotkeys and use the space bar to pause combat every few seconds. And I'm not sure why, but I was rather disappointed that all die rolls are handled in the background. Oh, and unless I missed it, there has got to be an easier way to sell stuff to a vendor when I find one.