It's been a few years since Left 4 Dead 2 came out, and ever since then, I've been waiting for a game much like it to come out and satiate my hunger for a cooperative FPS experience. With a sequel nowhere to be found on the horizon, a small developer called Fatshark has stepped up to the plate to deliver an experience that promises to fill the niche. 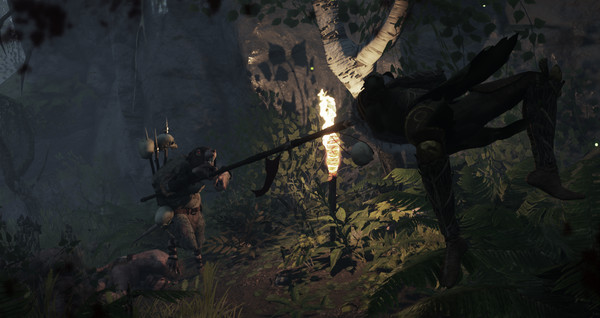 Warhammer: End Times - Vermintide is basically Left 4 Dead with swords. It's set in the gothic setting of the Warhammer universe, with most of the action taking place in the Imperial city of Ubersreik, now overrun by giant ratmen-or Skaven. Players take on the roles of five heroes of diverse backgrounds to overcome the hordes and save the city from annihilation. Operating out of an inn protected and obscured by defensive magic, the heroes can organize, plan their missions, and even upgrade and craft new equipment. Each of the five heroes has their own set of equipment that fit their background-the elven Waywarder uses bows and daggers, the Inquisitor carries flintlock pistols and a rapier, and so on. Every character looks and feels unique.

When you join a game, you'll either join up with a party currently searching for members in the inn, or replace a bot-controlled character in a game already in progress.

Like Left 4 Dead, missions in Vermintide are varied and revolve around traveling from one point to another while completing a variety of exciting objectives, like finding explosives to blow up a barricade while hordes of Skaven barrel down upon your team. Although ultimately linear, most of the maps are open enough to allow players multiple ways of getting to their objectives and the AI shakes things up by throwing special enemies and events for players to deal with. If players know where to find them, they can veer off the beaten path to recover tomes and grimoires for additional experience rewards if they complete the map. 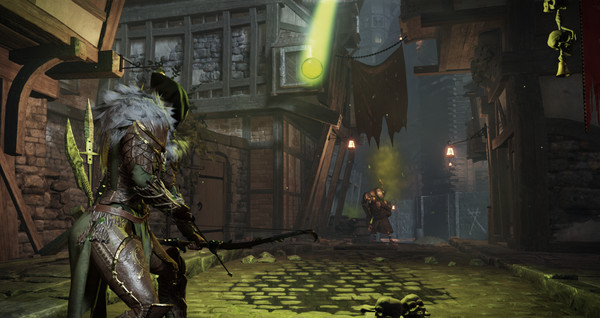 Despite playing through each of the maps a few times, I experienced different encounters each time. Things can get quite tense when you hear a troop of armor-clad Stormvermin marching in the area ahead when your entire party is low on health. Impervious to most attacks, the Stormvermin aren't the only special enemies you'll have to deal with. There's the minigun-toting Ratling Gunner who homes in on a specific member in your party-forcing everyone else in the party to kill it, and the assassin-like Gutter Runner who attempts to pick off the player trailing behind, just to name a few. Given the diverse and interesting makeup of the enemy army, all of whom exhibit different behaviors, I constantly found myself shifting between melee and ranged attacks depending on the situation. 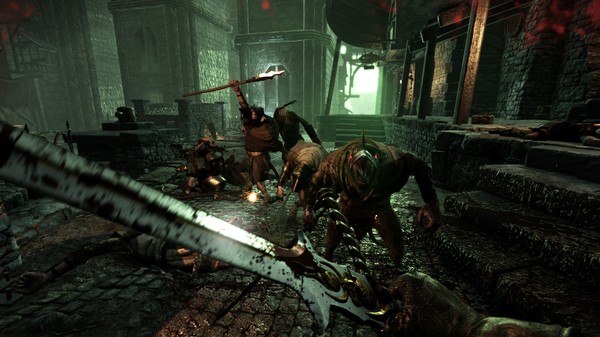 Needless to say, playing Vermintide requires a lot of teamwork and cohesion among party members, so playing with a group of friends is vastly more preferable to playing with randoms. I had more than a few sour experiences with players who refused to use headsets and decided to run off on their own. The random events can be brutal and unforgiving when team members aren't playing together to deal with these challenges.

Winning the game at higher difficulties can feel rewarding, as the game features a loot system allowing you to equip the five playable characters with new weapons, which can in turn be upgraded to provide passive bonuses like health regeneration and additional damage. Unfortunately, because rewards are random, there's no real way to invest in the characters you play the most.

Fatshark does more than deliver a good cooperative experience in Vermintide. The developers have also done a stellar job with recreating the feel of Warhammer's gothic setting in their design of Ubersreik. The game is appropriately dark and foreboding thanks to the medieval architecture and ambient lighting. Coupled with eerie noises and ominous musical cues, Vermintide's setting feels authentically Warhammer.

The playable characters too have been given a lot of love and attention. Each exhibits their own personality and have a lot of things to say during the mission depending on context. They have backstories that they reveal through snippets of dialog and let slip their personalities in their interactions with each other.

Overall, Vermintide offers a tight and cohesive cooperative FPS experience that should please any Left 4 Dead fan. As with any cooperative game, playing with strangers can be somewhat frustrating, so be sure to play with a companion or three.

Bottom Line: Vermintide is a great medieval-themed cooperative FPS. Despite being developed by a smaller studio, Vermintide never feels cheaply made.

Recommendation: For anyone who loved Left 4 Dead. Bring friends. Grinding for loot on easy missions will become your favorite pastime.