There is something inherently oppressive about space. The cold, vast emptiness is entirely devoid of life. It has no air, little heat, no pressure, and no gravity; a void that seeks to destroy any living thing that happens to get caught in it unequipped. Space is a deathtrap, frigid and infinite, and it will kill you. This is the first lesson I learned from Galak-Z: The Interdimensional. More space shooter than roguelike, Galak-Z pits the player in the role of a pilot named A-tak, who managed to grab a fighter jet following a catastrophic battle with an imperial alien race. With the help of an officer named Beam, A-tak must fly his ship to safety amidst the space bugs and imperial soldiers scouring the wreckage for survivors. 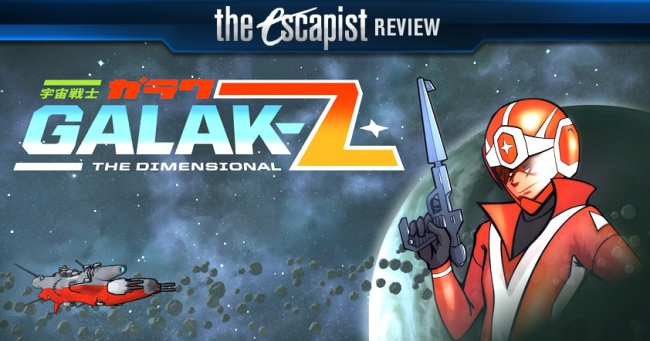 For such a dark and somber setting, Galak-Z does a surprising amount toward bringing a great deal of life out of the vacuum of space. The visual style is impeccable, with the bright colors of the player ship and enemies, the solid voice acting, the aesthetically pleasing cutscenes, and the beautiful minimalism of the scenery doing great service to take the emptiness out of space.

Following that, the attention to the little details does a lot to make the experience feel comfortable. The game launches with the boot screen of an arcade cabinet, running RAM checks on all the various channels before launching into the game, as an actual arcade cabinet would. Once launched, it segues into a title screen that feels like an old mech anime or children's show. Bright colors, loud voices, spaceships, mechs and space bugs. More Sentai than pulp, the game has a boisterous energy that feels jubilant and happy against the off-putting backdrop of space and death. 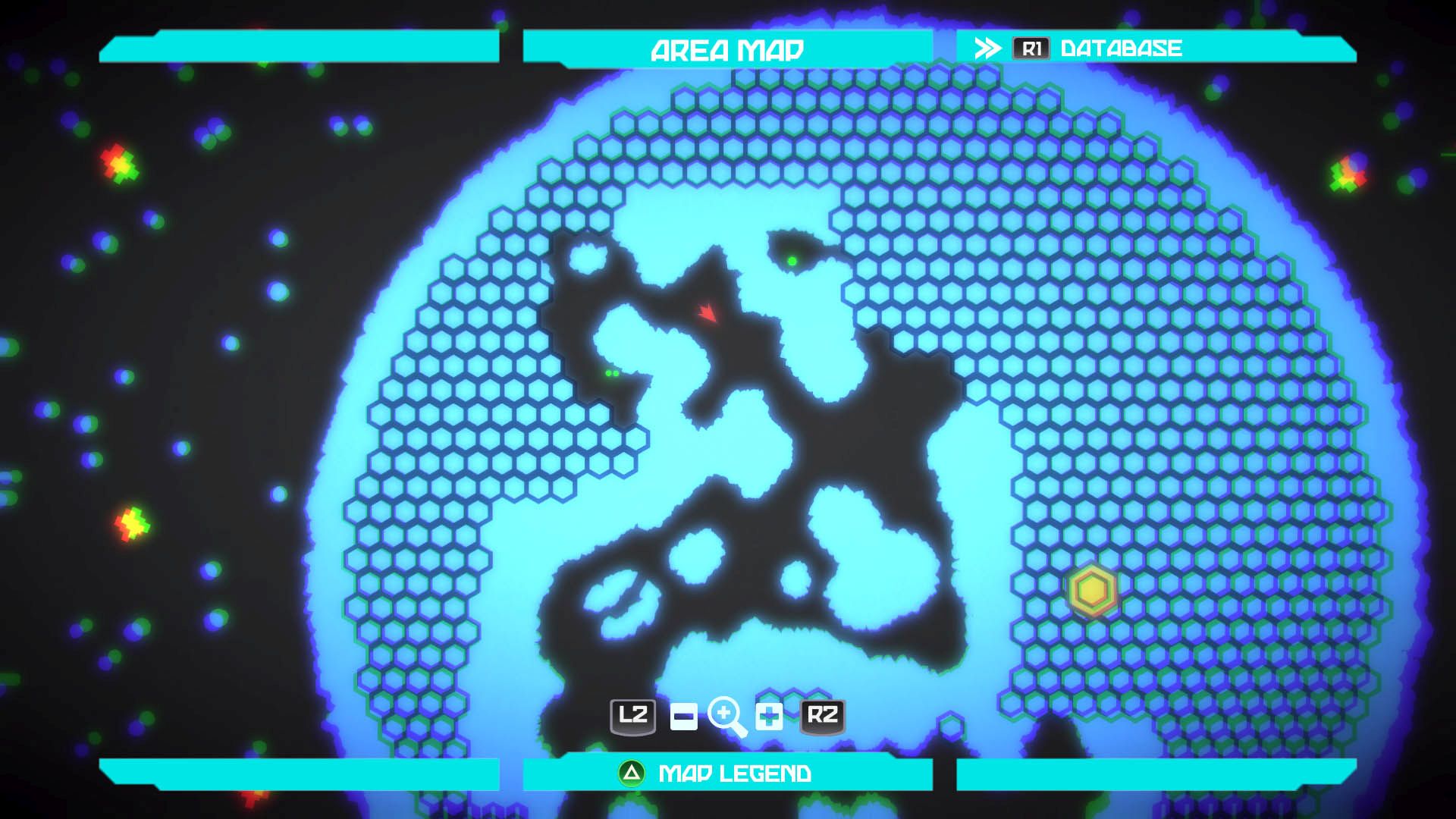 Between and during missions, A-tak will have constant communication with command at his home ship, filled with banter. These scenes are wonderful to experience, and make what would otherwise be a harsh, arcade-esque shooter into something a little more personal. If nothing else, Galak-Z is definitely not soulless, as it has so much energy packed into its dialog. But despite these factors, it's still ruthless.

In mission, A-tak is tasked with going out and flying his mission to completion. His only escape, a warp point that will warp him, and players, back to safety will only be turned on once the main objective is finished. That means that every mission, impossible risk or otherwise, must be endured. Period. Even if that means probable death, it still has to be completed.

To assist against this, players can find power-ups, blueprints, and items from the in-game shop that offers them healing, health upgrades, weapon and ship upgrades, and missiles to help build up the opportunity to aid in survival against the harsh reality of an inescapable, dangerous mission. Each of these missions come in sets of five, which the game calls seasons. Each season covers a narrative arc, which change the nature of the narrative for the next season of missions.

Galak-Z frames this with two difficulty modes: arcade and rogue. In arcade mode, every mission has a checkpoint, in which any death mid-season will mean preserving the status of the game prior to that mission starting. Any income or upgrades held before that mission started will be restored and the mission can be restarted. In Rogue mode, each season is standalone, and the only thing that carries over from one run to the next are blueprints and crash coins, which enable the player to have a small amount of income to rebuild any upgrades as they restart the season from mission 1. 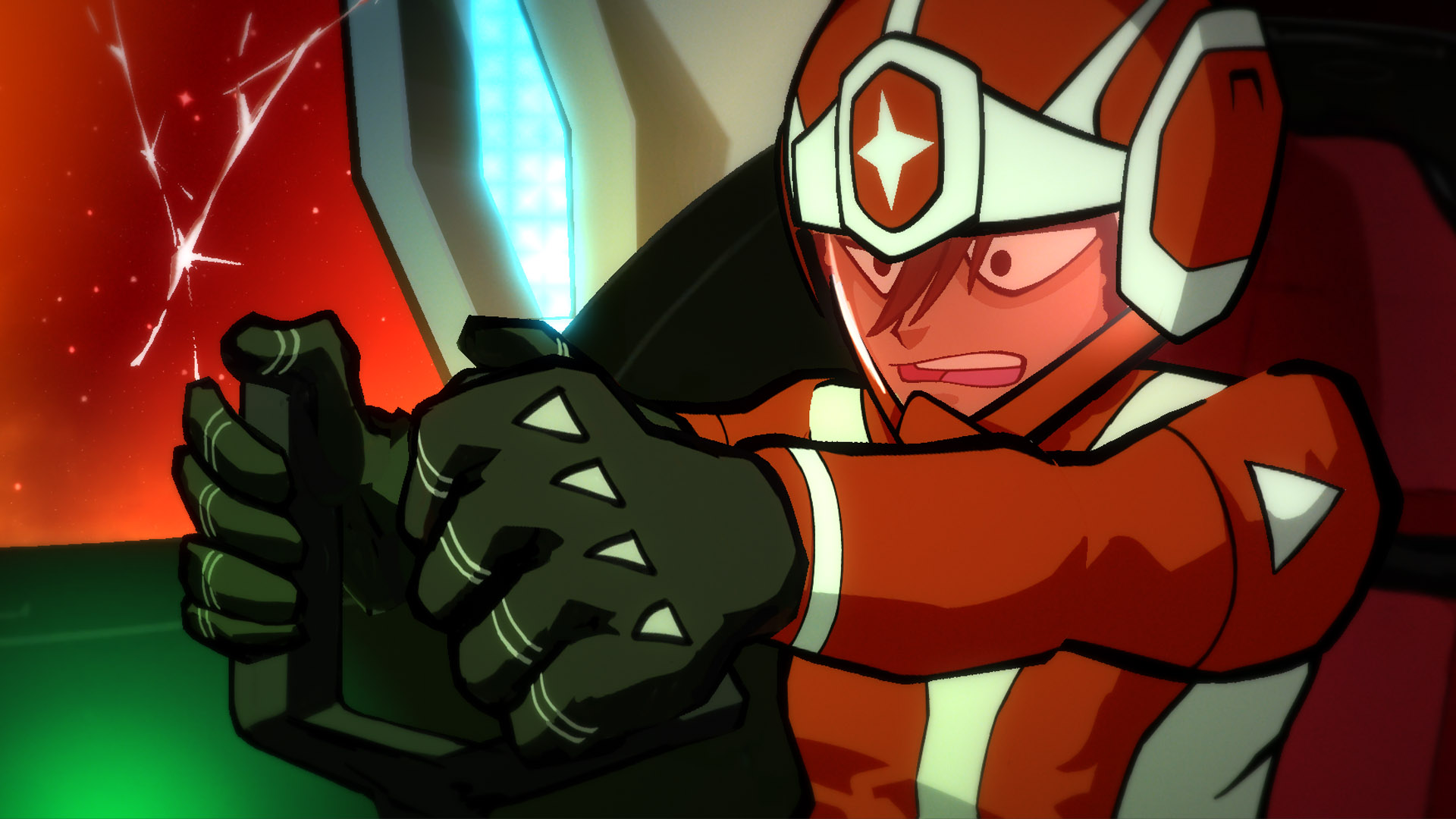 Unfortunately, items and upgrades disappear between seasons. The player loses upgrades, and must find new ones in the subsequent missions to get back into fighting shape. Some things, like completed blueprints, will carry over into subsequent seasons to unlock buyable upgrades. However, any earned income or previously collected upgrades are lost, which stings in the face of the bigger challenges that come with each new season.

No matter the difficulty, within missions, everything stays the same. As enemies discover the player's ship, they become immediately hostile. There is no preamble or posturing. The enemies cry havoc, and charge heedless into battle with the intent to kill or be killed. Although some may try to retreat, for the most part every engagement is a brash, risky, life-or-death struggle.

Enemy ships are insidiously clever. Enemies will lead their shots, they'll send some shots wide in case the player packs up and flees, they'll swarm and charge and back off in equal measure, and will fly in swarms to gang up on the lone player to take advantage of numbers. By the third season and beyond, each fight could easily be an ending fight.

Enemy ships are likewise universally better equipped, stronger, faster, and more numerous than the player controlled ship, and any fight could become a question of life or death, and every mission a new chance to fail horribly and lose everything. It makes every mission a dance across razor wire, where any one mission could be fifteen stellar fights in, and the last one or two dogfights could end everything in a blink.

Given that, Rogue mode is a level of difficulty that borders lunacy. In later seasons, shields become effectively meaningless against attacks that do enough to obliterate shields and do health damage at the same time. If two of these attacks land back-to-back between shield recharging, it's game over. Even in Arcade mode, the enemies still surge, fight, and coordinate with lethal efficiency.

Galak-Z, like the vast deadly space in which it's set, is a game that is amazingly difficult. Many rogue-likes have a level of difficulty that borders on insanity, and Galak-Z might even surmount them. It is a hard, harsh game. But, it's also an enchanting one, one that somehow manages to eek out a feeling of "Grrr... Just one more try, and I'll get it!"

With very precise controls, a wonderful visual style, and incredibly personable characters, it's hard not to appreciate all of the precision and excellence that's gone into Galak-Z. Having a successful run is jubilant, drifting through space on pure momentum for fear that thrusters will alert nearby patrols, and finding the pivotal detail in an environment that means a game-saving kill is ecstatic. But the harsh cruelty of space is just a little bit too present to make it a great game, and many runs will end in frustration and woe before the player even feels they have a fair shot.

Bottom Line: Galak-Z does everything it tries to do exceedingly well, but it unfortunately tried very hard to be one of the most challenging shooters out there.

Recommendation: A great game for punishment, and a good game elsewhere. If only it had easier difficulties or was less punishing, it would easily be one of the best 2D shooters on the market.