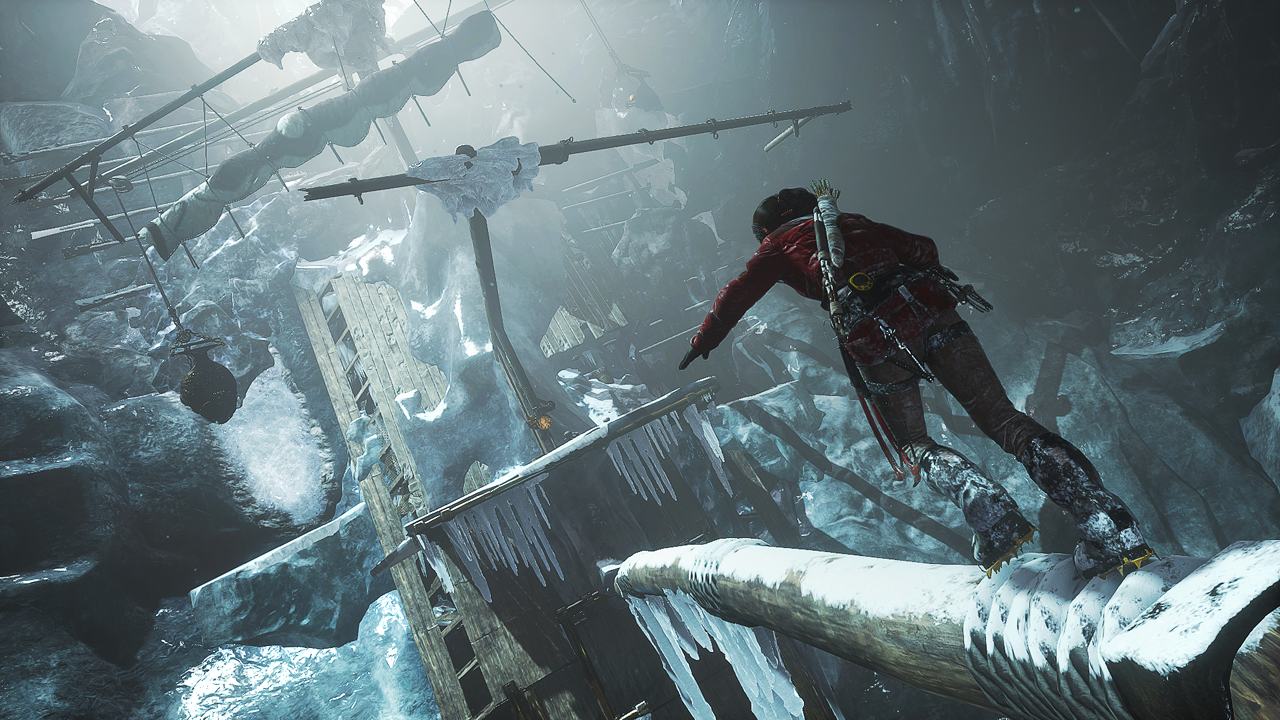 Rise is also packed with spectacular set piece moments that you'd expect from a game that draws so much inspiration from Uncharted, and while they make up some of the most memorable portions of the game, they often feel like new takes on old ideas from the original game. Jumping from platform to platform while escaping a collapsing tunnel, sliding down slopes and grasping on to the ledge at the last second, dropping from zip line to zip line, crawling through a tight space only to have something appear behind you that tries to pull you out... these are all things that we saw in 2013's Tomb Raider that we see again with little variation in Rise of the Tomb Raider.

A welcome piece of familiarity is in the optional tombs that players can find by veering off the beaten path, which once again are some of the best parts of the game. Each tomb requires the player to solve an intricate and clever environmental puzzle in order to receive a permanent perk along with some rare materials for crafting. The perks received from solving the puzzles aren't always useful, but the puzzles alone are well worth seeking out these optional tombs. It also helps that many of the tombs feature some of the most stunning art design in a game that is already full of outstanding art design.

The tombs are by far the biggest reason to explore the wide open expanse of the Siberian wilderness, but they're far from the only things you'll find. Rise is filled to the brim with collectibles and secrets. While collectible documents fill in some backstory for the various factions that reside in the wilderness, the rest of the collectibles are pretty inconsequential and feel like the equivalent of Assasssin's Creed's feathers: Items thrown into the world just for the sake of extending the game's lifespan for the hardcore collectible hunters. 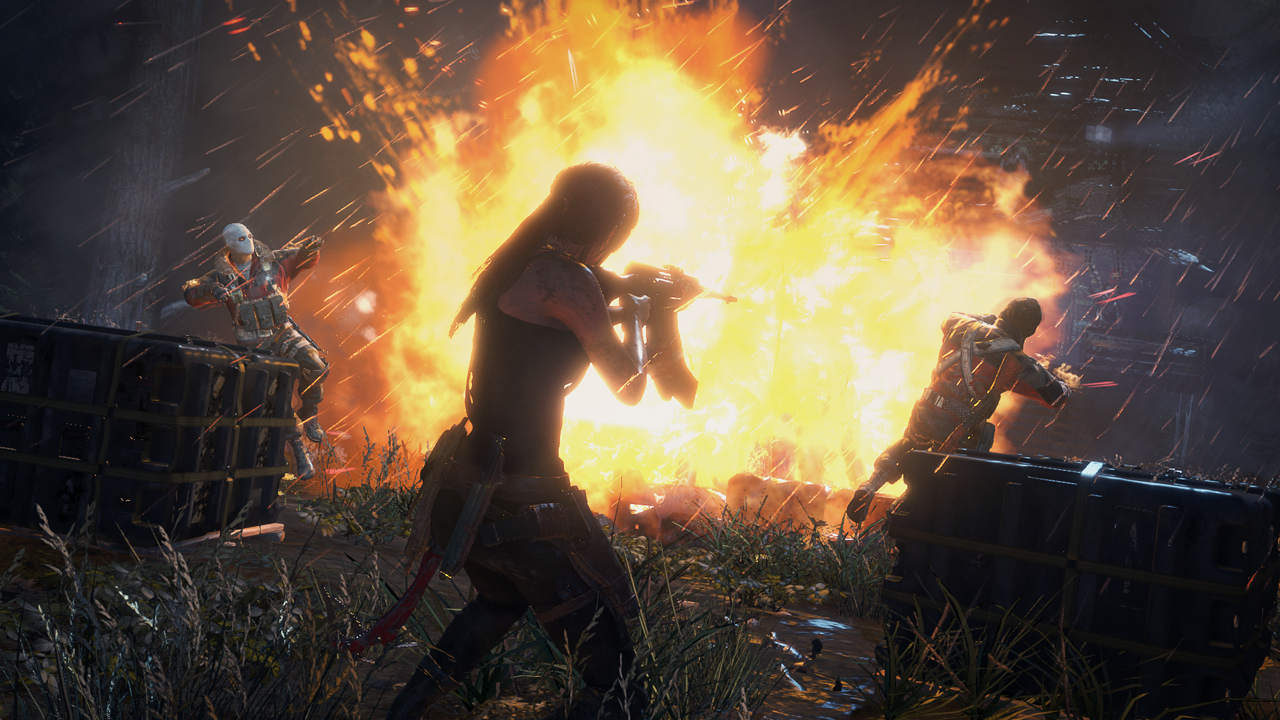 Replacing the extraneous multiplayer mode from 2013's Tomb Raider is a score attack mode called "Exhibitions," which allows players to choose the level they want to play, a series of challenges that will net them a big point boost upon completion, and then five cards that each have a game altering effect, from granting the player a fully upgraded assault rifle at the start of the level, to causing them to take bleeding damage every time they get hit. The cards that give players a benefit will reduce the total among of points they receive at the end of the run, while the cards that make the game harder for players will net them a significant increase in their point total at the end. The catch is, those cards are obtainable by buying booster packs either via in-game currency, or you guessed it, real money.

While I really like the idea of the Exhibitions mode and feel like it has the potential to become something big like Mercenaries from the Resident Evil series, the problem with it is that the levels included are ripped directly out of the campaign, cutscenes and all, which ruins the flow of the mode and makes each of the levels too long. Customized levels designed specifically for score attack would have done a lot to make Exhibitions much more compelling.

Despite the feelings of deja vu sprinkled throughout the 10-12 hour campaign and the flawed crafting system, Rise of the Tomb Raider is still a hell of a roller coaster ride, featuring fantastic gunplay, exceedingly clever puzzles, and a breathtaking world to explore. It may not rise above its 2013 predecessor, but it certainly meets it in the upper echelon of the third person shooter genre.

Recommendation: Fans of the 2013 reboot of Tomb Raider, or just fans of third person action games in general will find a lot to love in this sequel.

Bottom Line: Rise of the Tomb Raider is a safe sequel that at times feels too familiar to its predecessor, but still provides one of the most exciting AAA adventures of 2015.