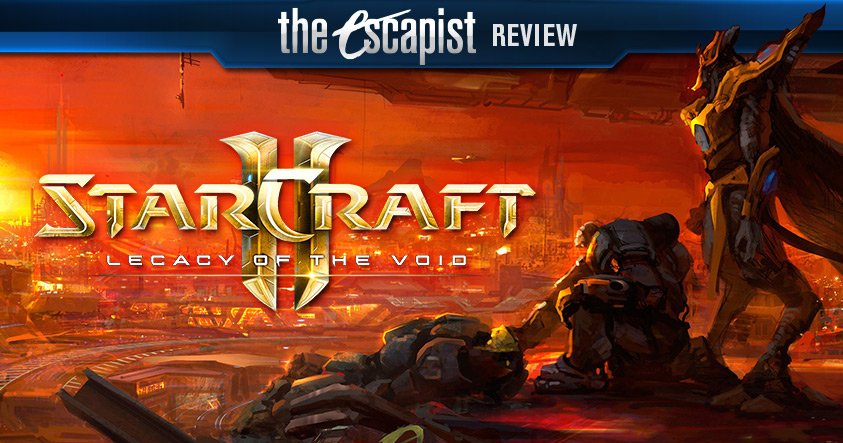 It's not easy being an RTS fan these days. The genre, which used to be one of the foremost multiplayer genres, has taken a back-seat to the likes of MOBAs and shooters. StarCraft II is pretty much the only big one still going, so Legacy of The Void is the only thing RTS fans have had to look forward to for quite some time. While the game's single-player campaign is obviously a very big part of it, the multiplayer is what most fans are going to be pouring their time into, so we felt it fair to review the two segments separately. Legacy of The Void's multiplayer adds some new stuff that will appeal to both new and old RTS gamers, without shaking up too much of what made multiplayer StarCraft so great in the first place.

There are two entirely new game modes designed to beckon the more "casual" gamer, who would usually only play the game's single-player component, into giving multiplayer a whirl. Co-op missions, the first of these, sounds like a fantastic idea. After all, StarCraft II's campaign is freaking awesome, so the idea of doing campaign style co-op missions with a buddy is definitely a good one. Unfortunately, for those of you expecting a kind of full-fledged co-op campaign, you're in for some disappointment. 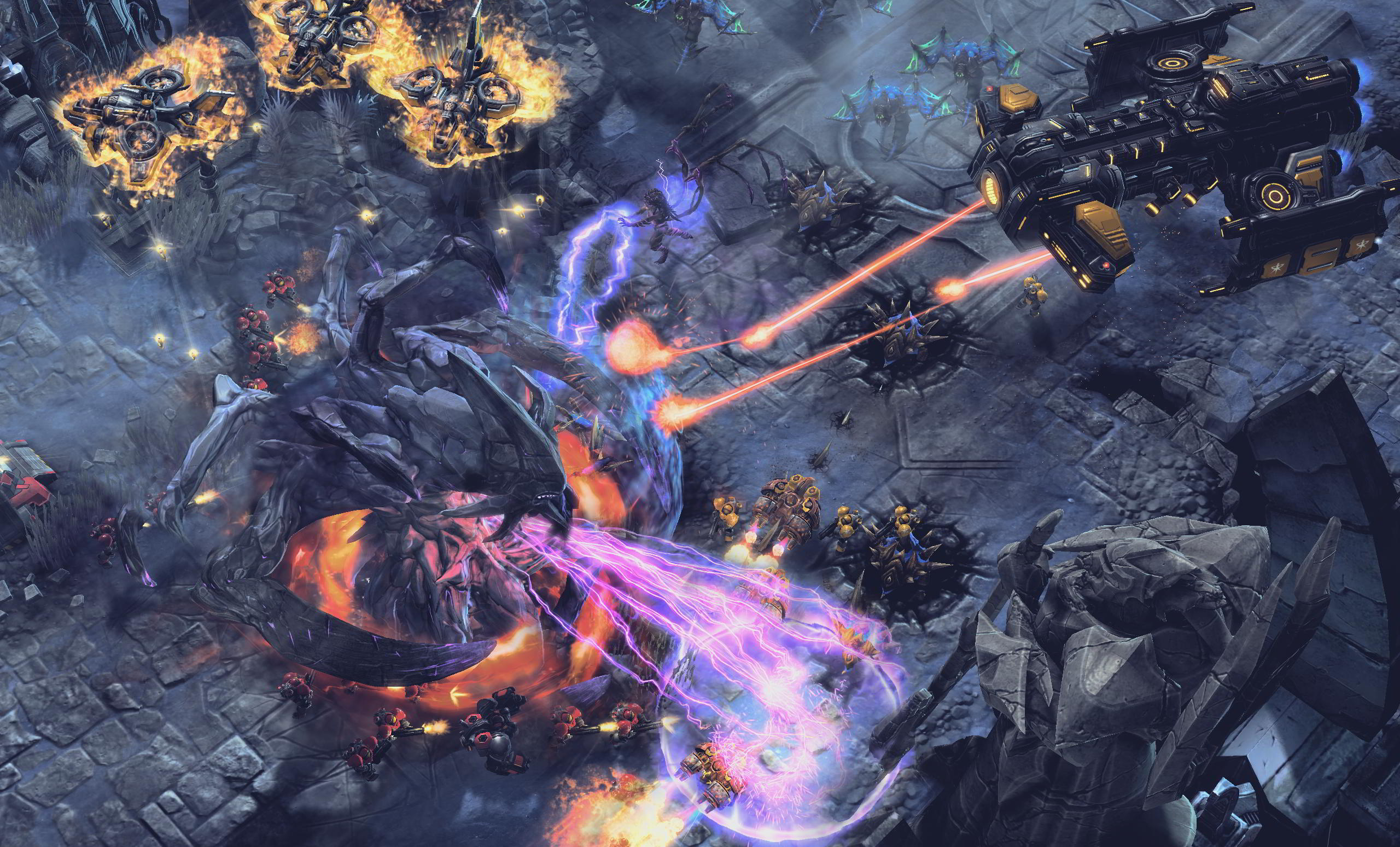 The whole mode contains just five scenarios, and most of them boil down to "build up a base and stop this thing from happening." In one scenario, you have to destroy trains before they make it from one side of the map to another - a mission that StarCraft veterans will remember as being ripped straight out of Wings of Liberty. In another, you have to kill several giant Zerg siege weapons before they destroyed a neutral base. Being able to play and "level up" as several different heroes, all with their own unique combat abilities and units, does add a bit of variation, but the lack of any real kind of linking story or cutscenes between the five short missions means that the mode will serve as no more than a temporary distraction.

Fortunately, Blizzard's other "newbie friendly" mode - Archon mode, makes up for the lame co-op missions. If you've ever watched competitive StarCraft, you've probably thought that you'd need to be two people at once to play at the same level the pros do. Well now, you can! In Archon mode, two players control a single team, facing of against either one, two, or three other "teams of two".

Having, for example, one player focus on base building while the other commands the troops greatly eases the burden usually placed on players to be aware of every little thing that is happening. It's also a great way for pros to "coach" newbies. If your partner is a skilled player, they can teach you strategies and such on-the-fly, and take over if you start to get overwhelmed.
The only real disadvantage of this mode is that it is almost impossible to pull off without having your partner in voice chat with you. It simply isn't something that you can just pair up with a random player to do - you need someone who you can communicate with. It may be a "gimmick" mode that won't really see serious competitive play, but Archon mode is a fantastic way to ease players into the incredibly fast, incredibly complex nature of StarCraft II's multiplayer. 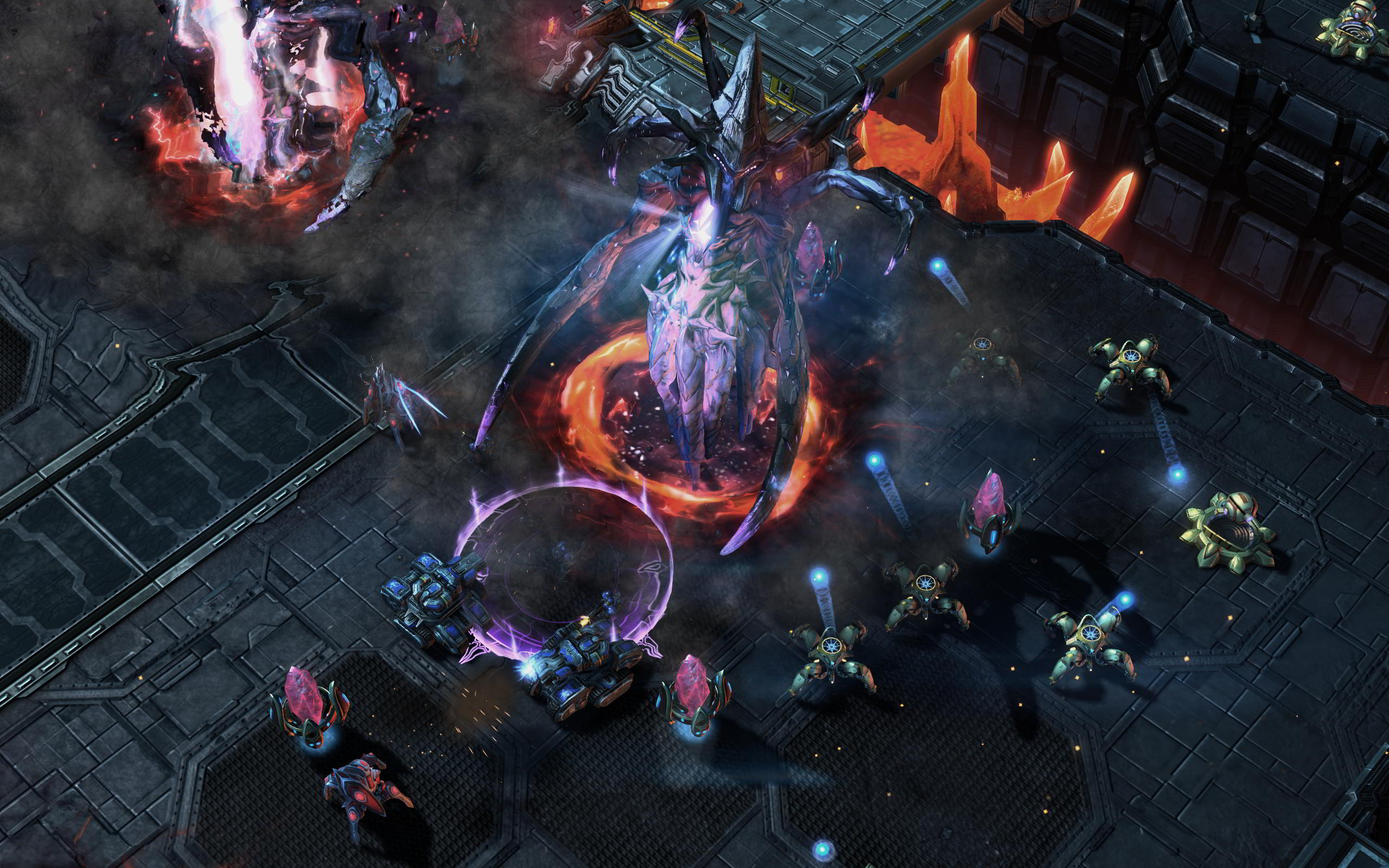 But while this is great and all for casual players, what all the dedicated fans who have been Zerg rushing since '98? Fear not, my friends, Blizzard hasn't forgotten you! The most significant addition for you guys is the new Automated Tournament Mode. Yeah, climbing the ladder to chase that elusive Grand Master rank is fun, but it's easy to get burned out. You can try to attend local tournaments to better hone your skills, but they are so infrequent, and depending on where you live, far away. Automated Tournaments solve this by allowing players of all ranks and skill levels the chance to experience the thrill of a tournament.

Tournaments are held at regular intervals, during which attendees are automatically matched against a group of players of similar skill level who they can then play against from the comfort of their own homes. You can go ahead and play any of the game's other modes while waiting for your bracket match, and when your number comes up, you play your game, and are either eliminated or move on to the next round. The matchmaking system is superb, and it never felt like I was being matched against players way above my level.

As for the actual bog-standard multiplayer of the game, Blizzard has taken a very cautious "if it ain't broke, don't fix it" type approach to Legacy of The Void. StarCraft II's game balance is very precarious, with too much of a push either way causing it to tumble. Just six new units have been added (two for each race), and they are all designed in order to crack specific weaknesses that race has. The new Zerg Ravager, for example, can destroy enemy force fields, which helps out with some weak Protoss matchups it has.

Additionally, with the tweaks to resource gain (you get many more drones when the game starts, but your starting base has less overall resources) the game's pace has been slightly increased, discouraging "turtling" and encouraging fast expansions.

So, is Legacy of The Void "worth it" from a purely multiplayer standpoint? If you're a serious player, you'll have likely already bought it just so you can keep playing ranked 1v1. But for you more casual players, considering you'll be able to play with all of the new units and all of the new modes for free if you party up with a friend who already owns the game (via the "spawning" mechanic), I would have to say no, don't buy it for just the multiplayer.

Bottom Line: The new co-op campaign most definitely falls flat, but Archon mode and Automated Tournaments make up for it by providing something new and exciting for both beginner and advanced players.

Recommendation: Buy Legacy of The Void for its single-player campaign, and enjoy the new multiplayer features as a bonus.