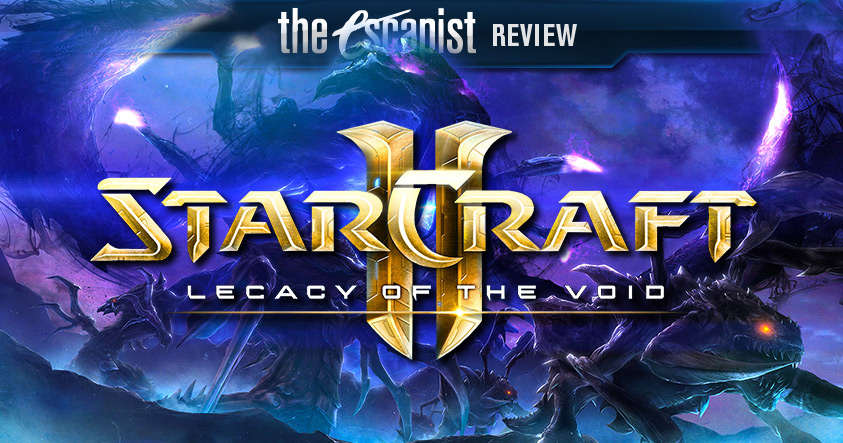 StarCraft 2 has been a long, drawn out process, spanning more than five years, and culminating in Legacy of the Void, a third game that neatly ties up the lose ends of the previous two games in the trilogy. The good news for RTS players is that the game delivers more story then the first two, while providing the same excellent gameplay that fans have come to expect from Blizzard.

Legacy of the Void follows the formula of Wings of Liberty for the Terrans and Heart of the Swarm for the Zerg, picking up where the latter left off in the story of the noble Protoss. To sum up the plot in a nutshell, the Xel'Naga void god Amon has taken control of the psionic khala, and any Protoss who has not severed their connection to it (or any Terran Moebius Core military that were studying it) have fallen under Amon's control and threaten to wipe out the Protoss race and anyone else that stands in their way. In addition, Amon's minions have created a hybrid Protoss-Zerg combination last seen in Heart of the Swarm. It is Amon and his group that serve as the main antagonist in the missions and the story development of new Protoss Hierarch Artanis.

Now, I am a single-player RTS fan. I play this series because I have always been intrigued by the story, even reading some of the novelizations that expand on the universe. I enjoyed Wings of Liberty, and was a bit disappointed with Heart of the Swarm. Having just finished Legacy of the Void, I can safely say that this is the best of the group and a fitting finale to the race-centric games. 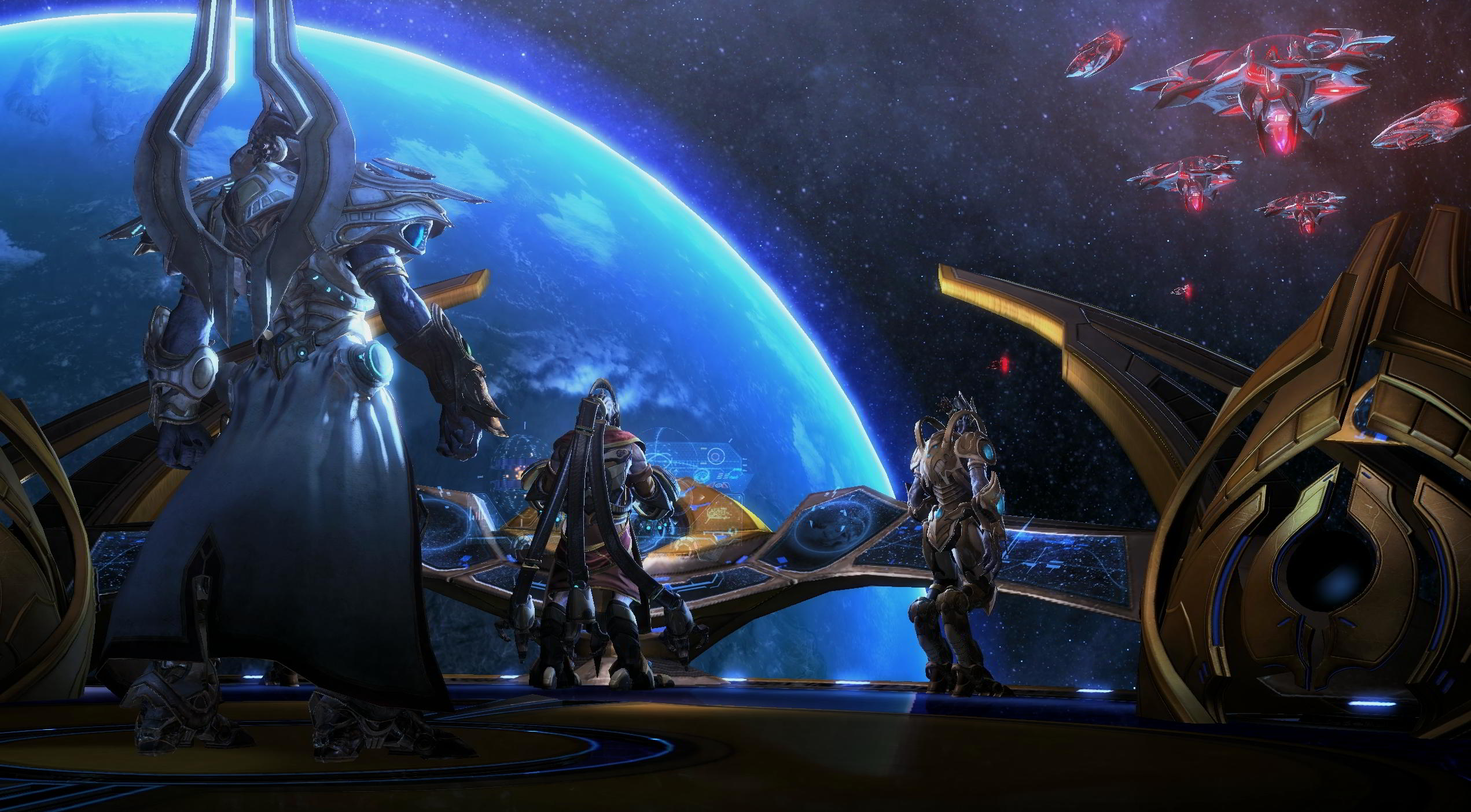 Beginning with the early release of the Whispers of Oblivion prologue, through the lengthy missions and culminating in three epilogue missions, Blizzard has delivered a depth to the Protoss and Artanis that I personally had felt was lacking in Kerrigan's development in Heart of the Swam. From his early meetings and deciding to listen to the prophecy of Dark Templar Zeratul, Artanis is faced with numerous obstacles in trying to unite all the various factions of Protoss - Preservers, Purifiers, Tal'darim - to defeat Amon. I actually found myself enjoying the missions more because I actually was able to get behind the story plot that explained each mission. The resulting dialogue with each member of Artanis' advisers did even more to add to the immersion and impending doom felt by the Hierarch if he failed in his mission.

The storytelling could have easily devolved into a melodramatic soap opera (as I felt the finale to Heart of the Swarm did), but the voice acting and depth with which Artanis - and even his numerous advisers - is portrayed is exemplary. It is for this reason that I chose to focus on the story first, rather than the gameplay. If story means anything to you in your games, then you won't be disappointed, especially since some strong RTS's tend to under deliver in this area.

That said, the single-player component of the game is as strong as the previous installments, relying on a variation of base-building missions, hero missions, and even cross-race missions to offer up quite a challenge. I am no expert player, but playing on normal, I was still able to get most of the achievements while still being thoroughly entertained. 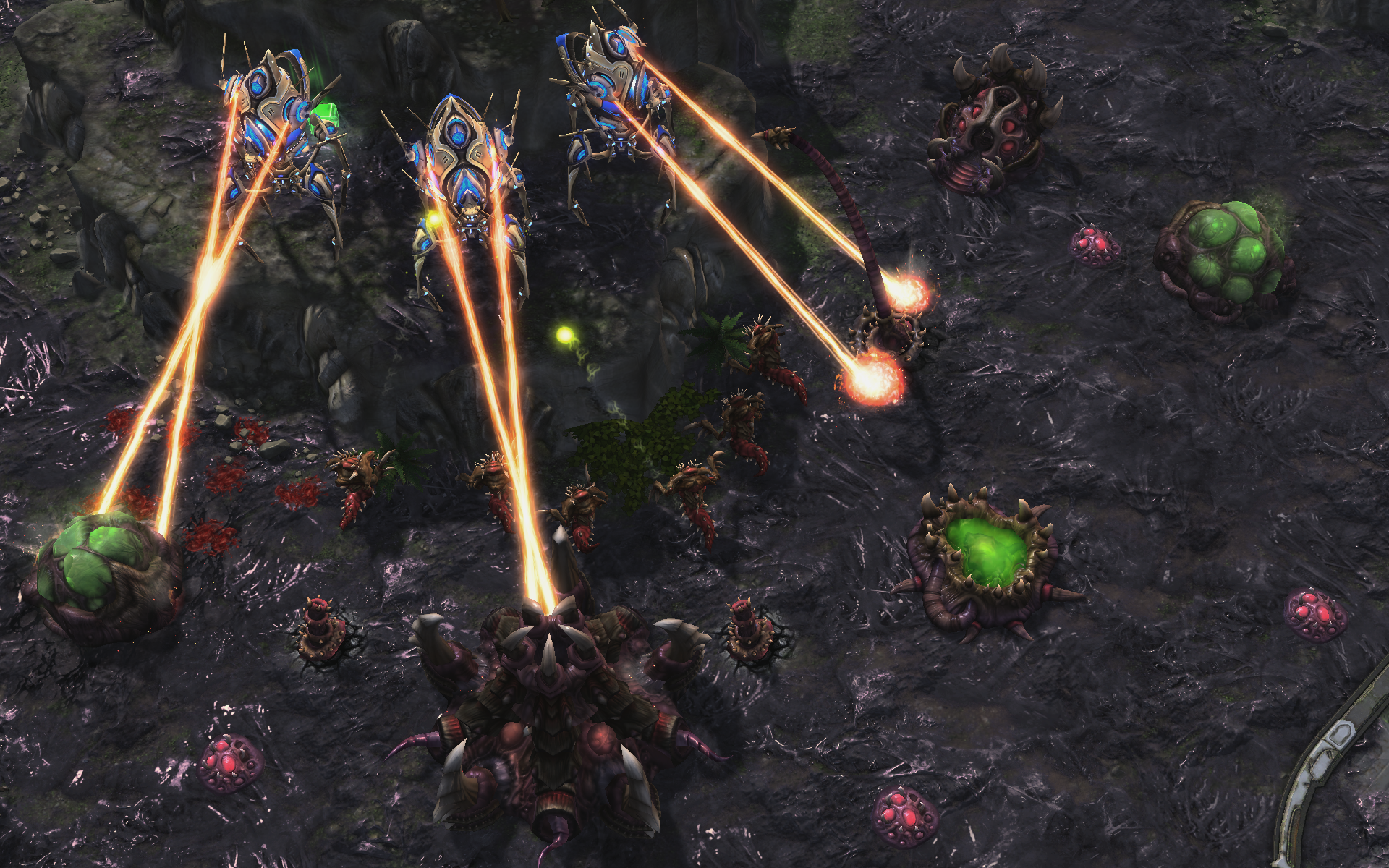 The Protoss capital ship Spear of Adun serves as the central spot for most in-between mission activities, such as system upgrades (i.e. superweapons), unit upgrades, and adviser interactions. It is also where you will choose which missions you want to go on and in what order, although all will be run before you can move on to a new area.

The missions follow the usual format of Blizzard's SC2 games, with early missions giving you a small group of units to deal with as you learn how they work. Completing different missions unlocks more units, or variations on those units, making for a relatively large number of replay options with different unit configurations. Instead of cookie cutter rock-paper-scissors counters, each variation seemed to have unique advantages to play. In a couple missions, when I missed an easy achievement, I would go back and replay trying a different unit just for the heck of it. With rare exceptions, the units were well thought out and interesting to play.

I did need to reload a few missions when certain strategies failed or I lost a key objective through stupidity, which did bring up a technical bug that I still can replicate. Halfway through the game, I was no longer able to load any save games, autosave or otherwise. The save was there, but clicking load did nothing and the only recourse was to start the mission over.

There was also another annoying aspect to the auto-attack nature of Protoss ground units. Several times, in the face of larger odds than I wanted, I tried to pull my troops back to a safe distance, only to have them turn right around and rush headlong back into the oncoming enemy, minus air support. I lost more units that way than I care to remember, wasting some valuable resources and prompting me to yell at the screen at one crucial moment (sending my dog scurrying under the bed).

These are minor nitpicks in an otherwise solid game. As mentioned in our multiplayer review, Blizzard has adopted an "if it ain't broke, don't fix it" mentality. As with the previous games, the base building missions had varied objectives and the hero missions gave you a taste of playing as Artanis or his advisers. Even the epilogue missions gave you a chance to brush up on your play as Terran and Zerg, although after playing Protoss the whole time - and not being a regular SC2 player - it took me awhile to remember how the Terrans and Zerg worked, forcing an extra reload or two. And as a non-expert, I found the missions challenging enough that only once in an epilogue scenario did I have to downgrade to casual to make it through (yeah, I admit it).

Blizzard has already revealed its plans for SC2 going forward in the way of special mission packs, but Legacy of the Void provides a fitting and almost noble end to the SC2 series of games. I'm actually sorry to see it end.

Bottom Line: Legacy of the Void offers a stellar single-player RTS experience, which is nothing new for Blizzard. But the story provides a strong emotional pull that hasn't been achieved in previous installments, making it an exceptional framework for the overall RTS experience.

Recommendation: Blizzard excels at RTS for both the regular and expert players. Legacy of the Void is no different, and an exceptional end to an enjoyable SC2 journey that began with Wings of Liberty.