JRPGs are often been criticized for lacking innovation. The basic formula of "spike-haired protagonist kills stuff and watches numbers go up until he saves the world" hasn't really changed since the days of Chrono Trigger on the SNES, and attempts to revitalize the genre with bombastic graphics and complicated gameplay systems have largely come off as gimmicky and uninspired (see Lightning Returns: Final Fantasy XIII). This has caused many to believe that the JRPG is "dead," but Undertale, the ingenious indie project from creator Toby Fox, proves that we don't need incredible graphics and gimmicky systems to keep the JRPG genre alive. We just need to use the systems we have in new and interesting ways... even if the people doing so aren't necessarily from Japan. 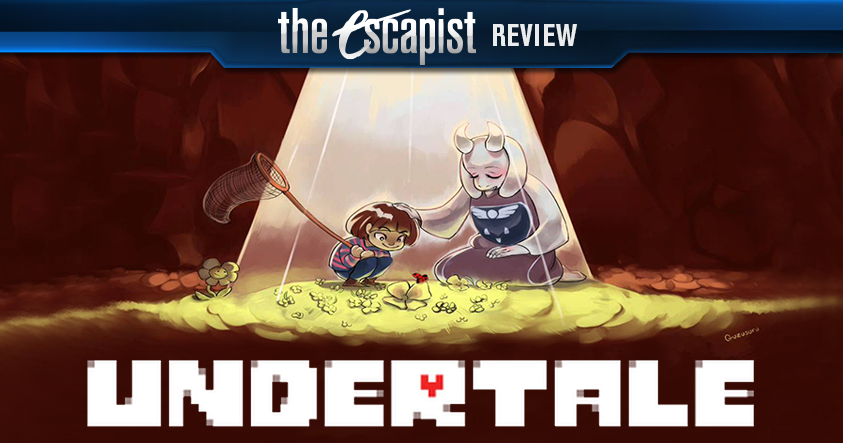 When describing Undertale, many people make the somewhat unavoidable comparison to Earthbound. Undertale is also a 16-bit game done in JRPG style, with minimalistic graphics and a quirky sense of humor. Undertale looks low-budget, and that's because it is. The project started as a meager Kickstarter asking for $5,000, and ending at $50,000. It was entirely made in Game Maker, an engine usually used to create half-finished fan-games rather than a game that, for a brief time, would top Metacritic's PC charts. But the same strengths that made Earthbound a timeless classic are the strengths that make Undertale a joy to play in 2015, which is to say the writing, design, and overall presentation are so on point, simple graphics don't take away from the gameplay experience. 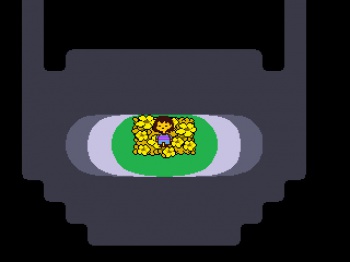 But before I get carried away in singing Undertale's praises, let me give you a short rundown on what the game is about. A long time ago, monsters and humans fought a brutal war. The humans eventually won and locked the monsters underground behind a magical barrier. You play the role of a human child, who accidentally falls through the barrier and finds themselves trapped in the world of monsters. It's up to you to guide this child home through the perils and puzzle of this subterranean world.

Undertale's gameplay is a simple remix on the standard JRPG formula. In battle you can choose to fight, run away, check the enemy's stats, and so forth. Fighting will initiate a small timing mini-game (much like, say, the Paper Mario series) which will allow you to increase your damage. Defending on the opponent's turn involves moving a representation of your character around enemy attacks, bullet-hell style, which is not only innovative but enjoyable. Despite this small change, most of the basic trappings of the JRPG can found here. New weapons increase attack. New armor increases defense. Buy healing items to keep yourself alive and don't fall to 0 HP.

If that sounds like every JRPG you have ever played before, that's because it's supposed to, because Undertale isn't just a JRPG, it's a commentary on JRPGs. It likes to put you face to face with your tendencies as a gamer and ask "why?" "Why do you do this?" "Why does any of this make sense?" For example, most stores in the game will actually refuse to allow you to sell your old equipment to them. Why would they? They have better stock to begin with. The scenes that play out when you ask a shopkeeper to buy your junk are hilarious and if you actually manage to find someone to sell to, let's just say you are in for a treat. 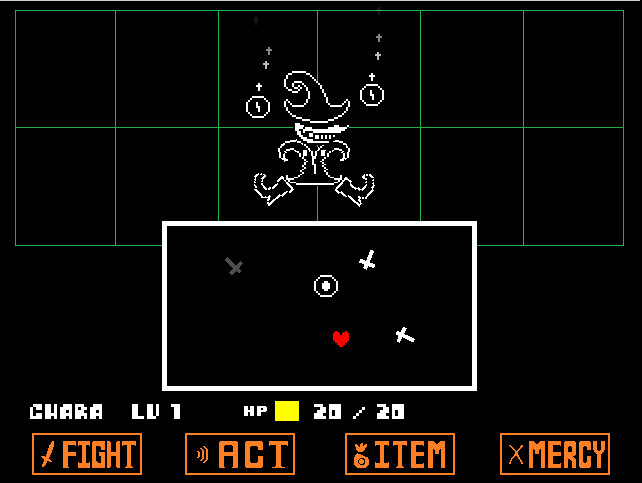 You see, you can get through Undertale without ever actually killing anyone. You can run away from nearly every battle, and those that you can't run away from allow you to trick, reason with, or otherwise pacify the enemy through non-violent means. Even bosses can be dealt with in a non-violent manner. Playing the peacekeeper doesn't give you any EXP and gives you little money, if any at all. This means you can theoretically beat the game at level 1 without ever having to attack a single person, something that franchises like Deus Ex have tried and failed to do in the past.

But why bother if killing enemies will increase your stats? Why not just charge in blades-a-swingin?