Seek Out Strange New Life, Then Kill It

Exploring, fighting, looting, collecting, and every one of Xenoblade's other activities has its own rewards, and all give experience. Gameplay is fluid, moving from combat to exploring and vice versa quickly - though missions will subvert this sometimes. It does exceedingly well in short bursts, with most non-story missions giving a satisfying chunk of gameplay and narrative in fifteen or twenty minutes.

Xenoblade X's combat is a real-time RPG system with a set of abilities and cooldowns, with varying auto-attacking based on weapon type. In fights, you move around a lot, swapping dynamically from melee weapons to ranged and back. Timing your plan right is more important than anything else, favoring strategy over tactics. Positioning matters though, as does elevation, giving you bonuses to hitting and damaging your opponents. You target many big opponents' specific body parts, blasting them apart to disable pesky abilities. Don't like that tail sweep? Get behind them, draw your swords, and cut off the tail. Managing your varying ability cooldowns and pool of abilities is about a balance of power and speed that's satisfying if you like to build mechanical combos. Adding good complexity to this is the system of Soul Voices, where you time a button press on specific conditions to give your team some healing and a bonus. Likewise, your allies will call out for a specific type of attack - melee, ranged, or a buff - and if you deliver one you get a damage boost and a bit of healing. The bad complexity here is that there's a bajillion fiddly pieces of customizability to deal with: Resistances, weaknesses, armor, evasion, to-hit, damage, attack value. What's the difference between "Attack Up" and "Attack Boost"? Hell if I know, and the game's not going out of its way to teach you.

In the end, what really matters in most combat is level. You can bull-headedly force your way through most of the game on getting the freshest gear and staying high level. If you're higher level or close, and have a decent character, you'll beat most combats handily. If you can't beat the combat, just go get your Skell. 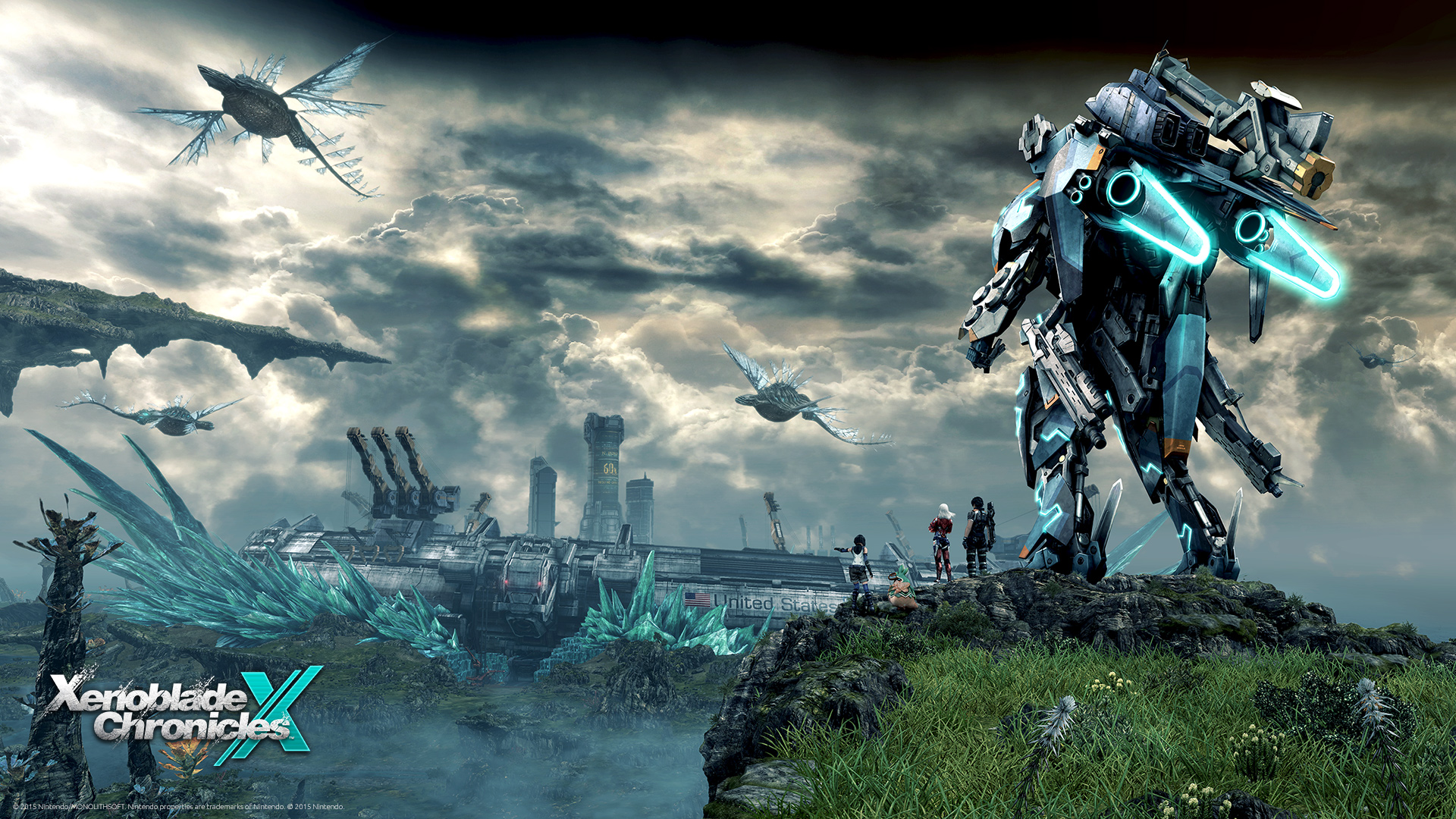 Skells are the game's giant robots. Short for and derived from, I presume, exoskeleton, they're an armored pod with legs and guns that you get access to about 30 hours into the game. It's a remarkably late play for something so fundamental to the game, but I'll be honest, I didn't mind the wait - the game's fun enough without them. Skells are big, stompy, and ridiculously fun to pilot. They expand the exploration game, with jet-assisted jumps and transformable vehicle modes adding serious height and speed to your travels.

Using a well-equipped party of Skells you can defeat even significantly higher-level enemies in short order. Skells are the only way to defeat the game's largest enemies, like skyscraper-sized giants and primordial serpents, who get a huge damage multiplier against things too much smaller than them. Later on, the Skell flight module lets you take to the planet's skies, conquering even the highest mountain. There's absolutely nothing to hate about aerial duels with enemy fighters and mecha.

As much fun as Skells are, there's a couple things about them that are, well... not fun. When you first get them, if you've been frugal with your money, you'll be able to utterly crush combats for a long time. You'll wonder why you shouldn't just crush this boss, who is on foot, in your Skell. There's no reason why you shouldn't... other than that it's not as fun. Skell combat isn't as dynamic as foot combat, so at first you'll feel like you're just auto-attacking in god mode and waiting for cooldowns. Some late-game combat fixes this problem by disallowing Skells for fights, like where they can't get inside a building, forcing you to keep up with your foot combat skills. Skell fighting also gets more complex all of a sudden, eventually becoming much more like foot combat in its range of options.

What supposedly counters Skells' power are the limits placed on Skells. If you lose them too much they cost a 'crippling' amount to re-buy, but that's actually pretty trivial if you've been gaming the FrontierNav system to make millions. Skells also have a nonsensical fuel gauge that ticks down during combat or flight, but which can be refilled very easily and automatically refills while you're out of them. It's a weird set of limits that punishes unskilled or inattentive players but won't hold back anyone else in the slightest.

Which is not to say the game is too easy. There's really hard stuff in here - especially some of the post-game and optional content - but I never died more than three times in a row on a Story Mission combat.