Developed and published by Capcom. Released on February 16, 2016. Available on PC and PS4. Review code provided by Publisher.

There's something respectfully pure about Street Fighter 5. It's a game that's more about the fundamentals of fighting games than it is about flashy juggles and combos that go on for days. That's not to say that Street Fighter 5 is lacking in flair or style, but rather that it is in this great spot of being simultaneously one of the most approachable fighting games from a new player's perspective, while still bursting at the seams with depth and nuance that only the most hardcore fighting game fans will likely be able to discover. 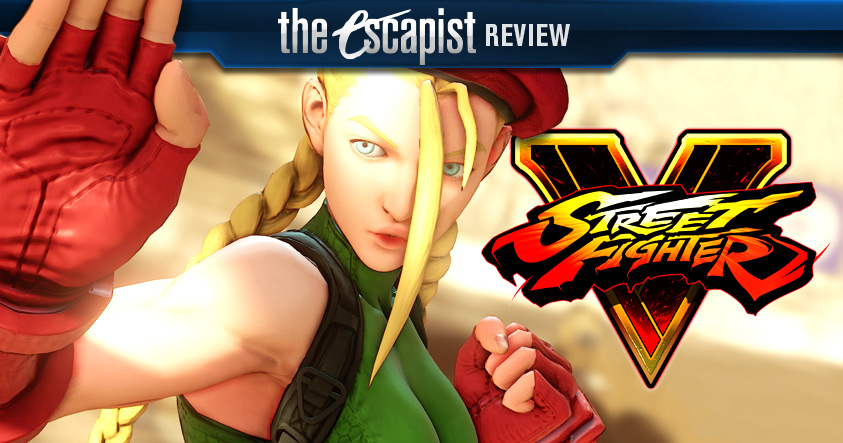 A big change that goes a long way in making Street Fighter 5 more accessible than its immediate predecessor, is that the windows for combos are substantially more forgiving. That's not to say that combos in the game are a cakewalk, or that technical precision is no longer important at a high level, but at the lower levels of casual play combos feel much easier and more satisfying to pull off.

It's also a game that does an excellent job of keeping things familiar, while introducing just enough new elements and gameplay tweaks to give Street Fighter 5 its own feel that's separate from each mainline Street Fighter game before it.

At the heart of these changes are the new V-Skill and V-Trigger mechanics, which replace the focus attacks and revenge meter of Street Fighter 4. V-Skills are special moves that can be activated by pressing both medium attack buttons at the same time and are geared towards giving that character a unique advantage that no other character has. Ryu, for example, can utilize a parry similar to what was in Street Fighter 3. If timed just as an attack hits, Ryu will parry the attack, putting him in prime position for a counter. 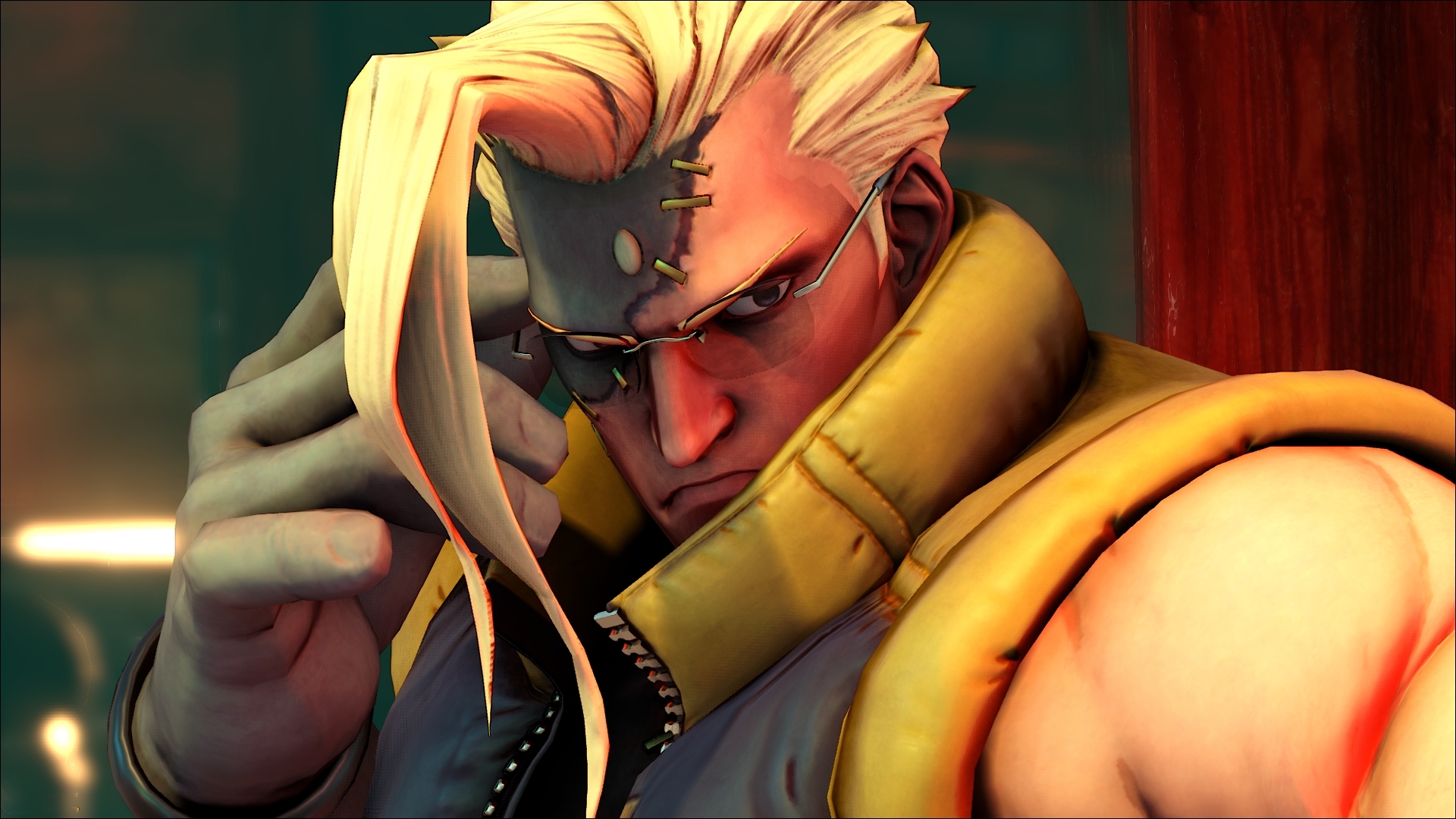 Other examples include Bison, who can absorb attacks and then reflect them back; Chun-Li, who can leap across the stage at a low arc, and Ken, whose V-Skill allows him to rapidly run across the stage.

V-Triggers are very much the same as V-Skills in concept, except they are much more powerful and require the use of a full V-Gauge. Your V-Gauge is filled as you take damage or block attacks, and once it is full, you can press both heavy attack buttons at the same time to activate your V-Trigger. Typically, V-Triggers are buffs that enhance a character's normal or special moves; making them more powerful or giving them new properties that enable greater combo potential. For some characters, the V-Trigger is an actual move that can lead to huge damage or mix up opportunities. Nash, for instance, has a V-Trigger that gives him a near instantaneous teleport that lets him do some tricky shenanigans, like throwing out a fireball, then teleporting behind his opponent to change their block direction. 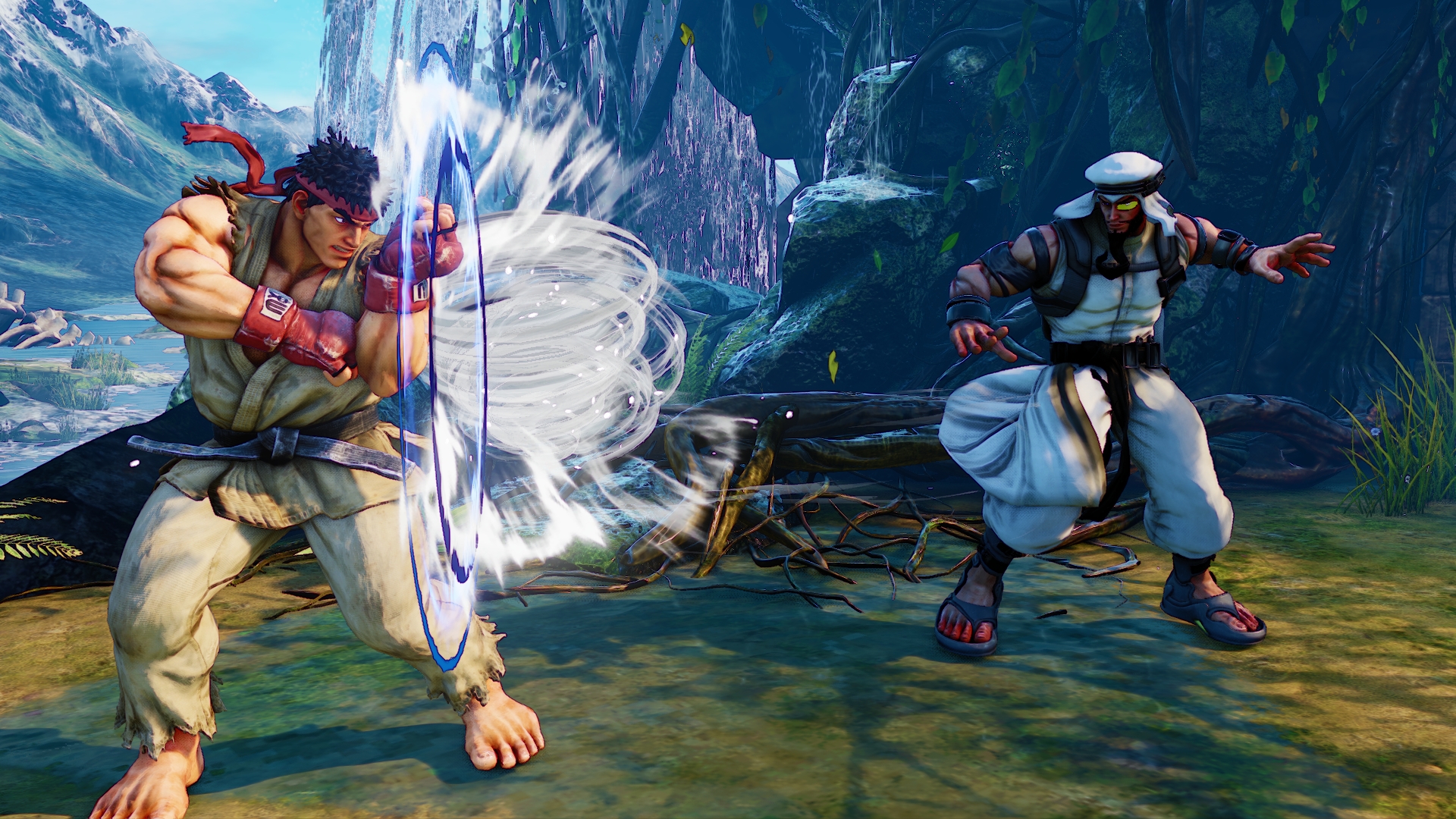 Players can also use a single bar of their V-Gauge to execute a V-Reversal, which can be used from guard to knock away an enemy who is putting on constant pressure. It's a technique that no doubt has its place in high level play, but I've personally rarely seen it used once in my own time playing the game.

The V-Trigger system as a whole is a great replacement for the revenge mechanic in Street Fighter 4, as it still fills that need of providing players that are on the losing end of a round with that ace in the hole comeback technique, but gives players more flexibility to decide how to actually use it. It's also especially nice for players without fight sticks to no longer have any moves that require three button presses at the same time, outside of V-Reversals. 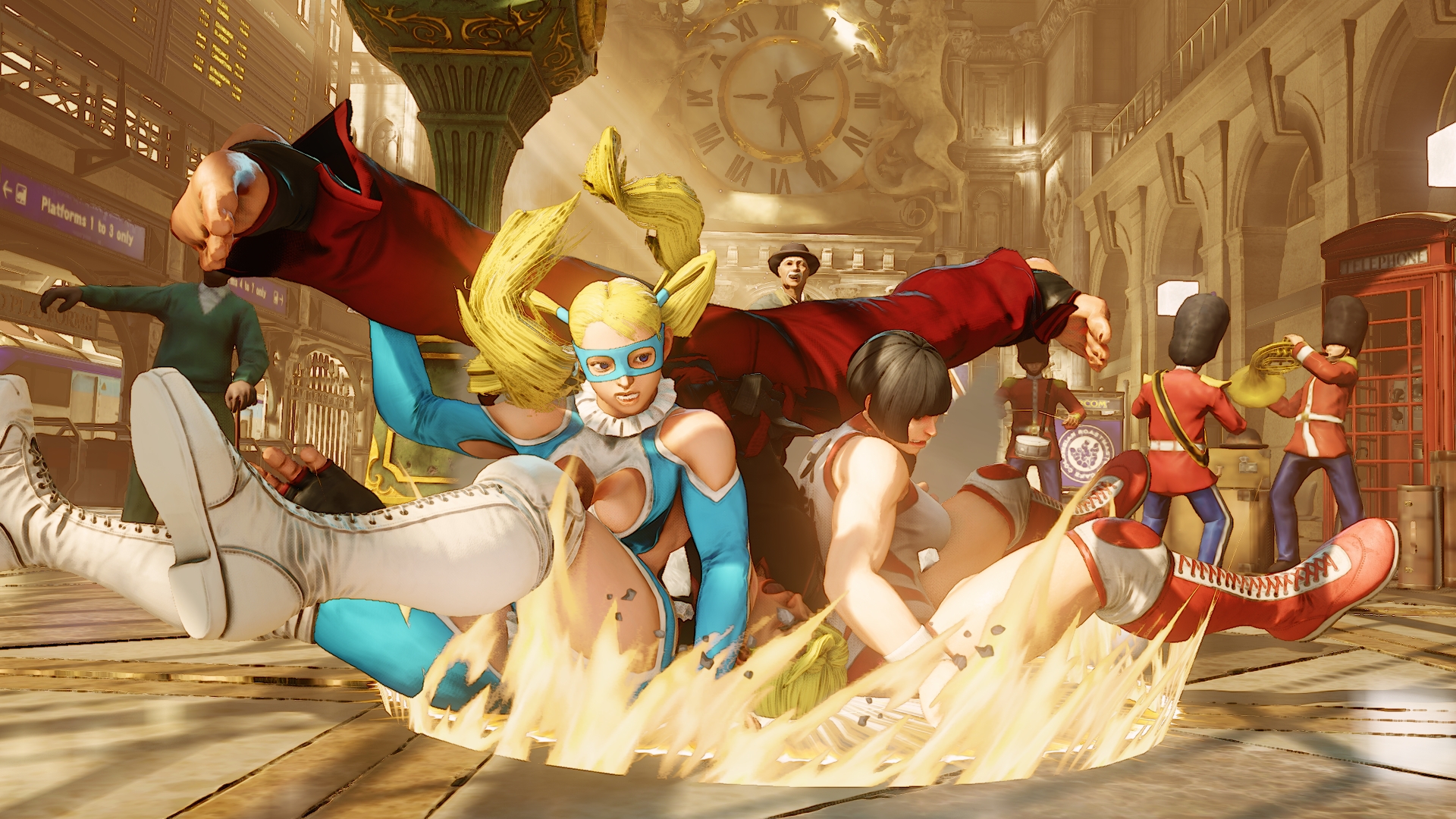 The game is light on characters, which is disappointing, but expected. There are 16 in all, with four being completely new to the series, four that haven't been seen in Street Fighter game since the Street Fighter Alpha days, and then 8 mainstays that make their return from Street Fighter 4. The new characters -- Laura, Rashid, F.A.N.G., and Necali -- are all fantastic additions to the roster, both from a gameplay and character perspective.

Laura is a brazilian jiu-jitsu practitioner who also happens to be the older sister of Sean from Street Fighter 3. She fights almost like a mixture of Elena and Abel, capable of utilizing her long legs for devastating aerials with long range, while also having some really good dashing specials that can continue into throws. 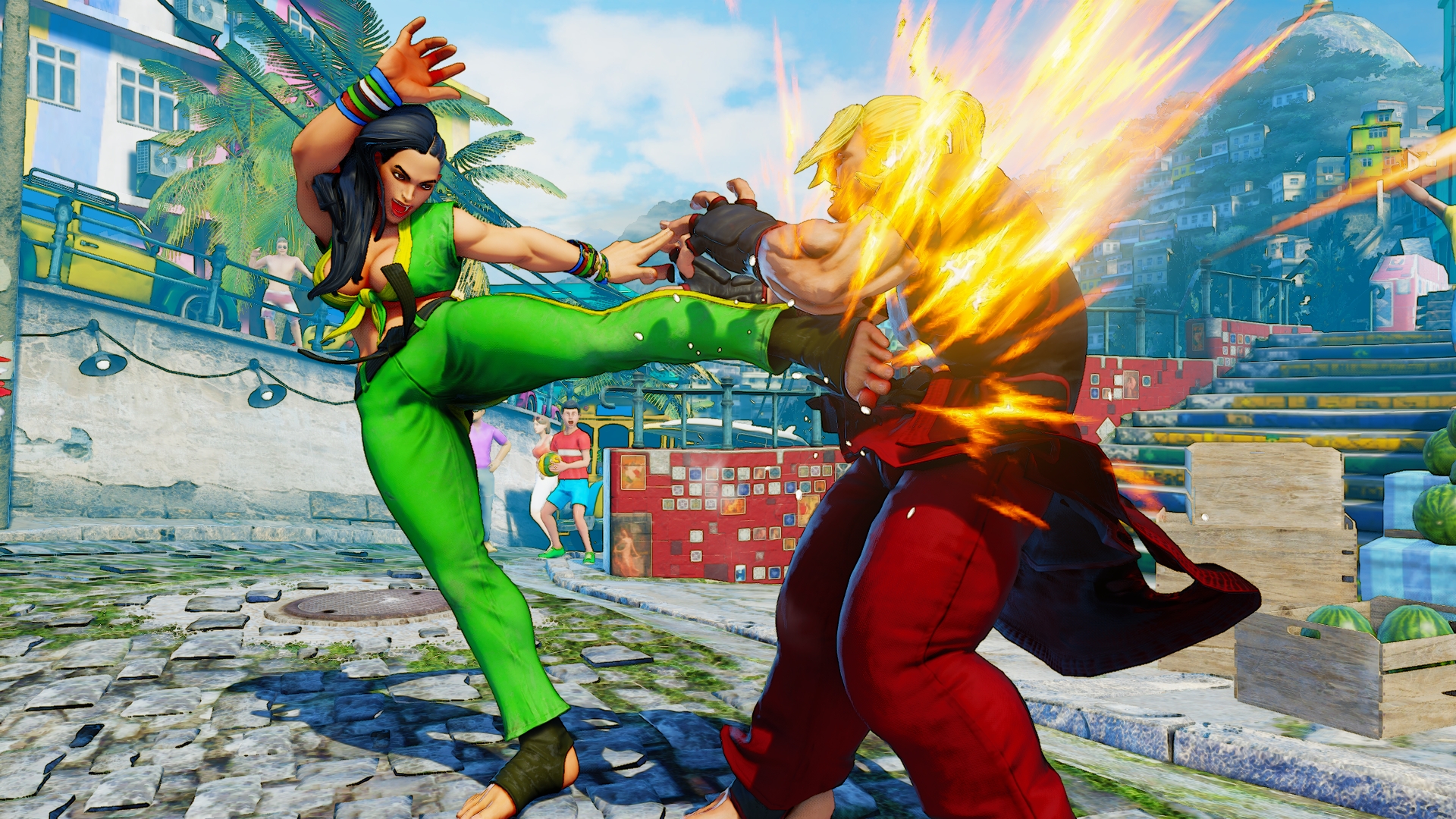 Rashid is my personal favorite of the newcomers. A middle eastern fighter with the power to control wind, Rashid's combat style favors high mobility, tricky cross ups and unusual special attacks. He's also a really fun and likable character, which really shines through his animations and taunts, so pay close attention to them!

Every Street Fighter game has to have at least one oddball character, and F.A.N.G. fits that role perfectly. Bison's new right hand man, F.A.N.G. is a character that excels at keeping enemies at bay with his long range and slow moving poison attacks. He is extremely awkward to fight against, with one of the most unorthodox fighting styles the Street Fighter franchise has ever seen.

And finally, Necali is basically a rage monster that looks like he came right out of Asura's Wrath. He's a powerful rushdown character that excels at getting up in player's faces and putting on the hurt with a powerful V-Trigger that increases his mobility and damage potential. One would assume that he'd be the big boss of the game, but Street Fighter 5 doesn't have the usual arcade/story mode that fans of the series might expect.