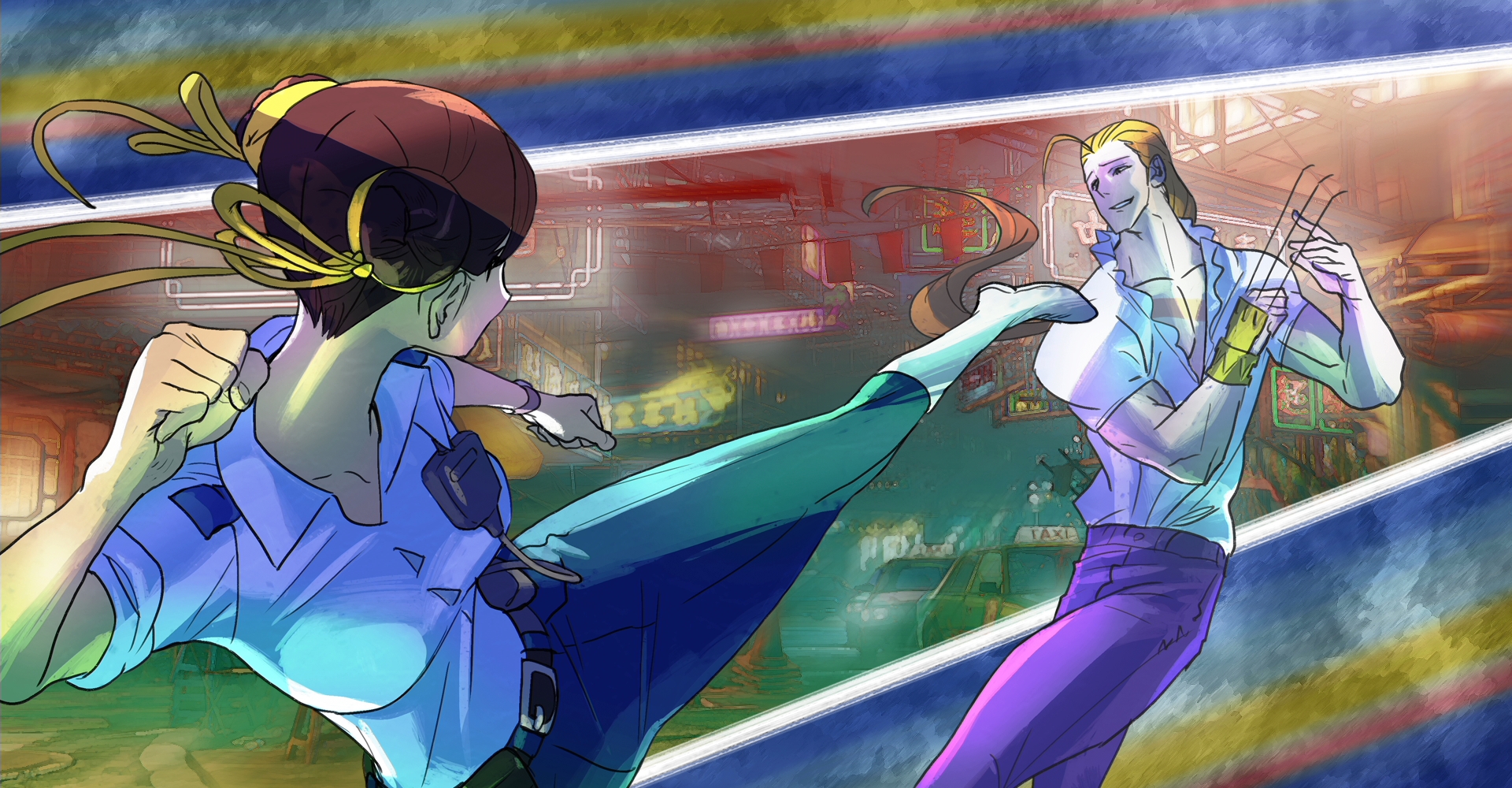 In place of the traditional arcade mode is a character story mode that cuts out the fluff and focuses on the story of each of the 16 characters. So rather than fighting 8-10 fights, with only two or three having any relevance whatsoever to that character's story, Street Fighter 5 has you fighting only those story relevant battles. It is a humongous improvement in terms of making Street Fighter's story actually mean something.

By not forcing every character to have the same battle with the same final boss, it allows each character to truly have their own story, even if it isn't super important or relevant to the overarching narrative of the game. In fact, some of my favorite stories involve R. Mika, Zangief, and Laura, who basically just travel around the world fighting strong opponents. There are some great character interactions in these stories, and I've never found myself so endeared to Street Fighter characters before playing Street Fighter 5.

The stories told through this mode all serve as a prologue to the real Street Fighter 5 story mode, which is set to be released as a free update sometime in June. While it's hard to complain about something we're getting for free, it's a bummer it's not available at launch because without it, Street Fighter 5's offline offerings are sparse.

The character story mode, while a step forward in terms of actual story, can be completed in about two hours and is not replayable in the same way that the arcade mode used to be. There is a neat survival mode that has players taking on a gauntlet of fighters with health being carried over from match to match, only with the added twist of giving players the option to buy "Battle Supplements," at the end of each fight. Players can only buy one supplement per match to either restore their health or get a boost to one of their stats in the next match. They can also choose the double down option, which will force the player to fight with a devastating handicap in the next round, but reward them with a score multiplier if they survive. 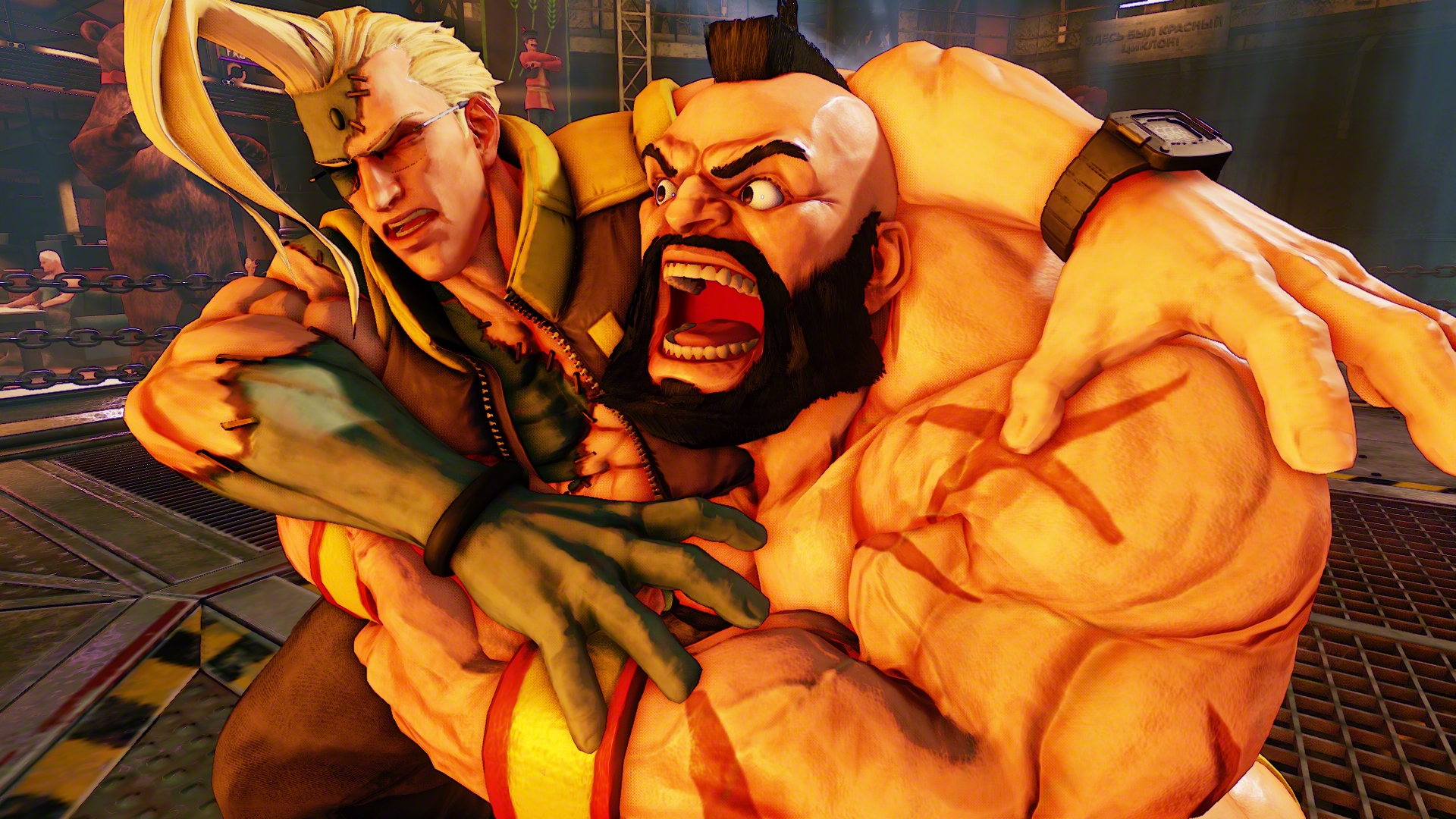 Unfortunately, if you want to fight in a series of battles against the AI without having to deal with the survival mechanics, you're out of luck.. Additionally, the challenge mode that was present in Street Fighter 4 won't be available until March, nor will the store that lets you spend your accumulated Fight Money and Zeny on new characters and costumes.

And that's really the only real problem with Street Fighter 5: It feels like an unfinished game that justifies that fact by promising to offer the missing content down the line. You're essentially buying the foundation upon which something will be built, and while that foundation is very strong, it doesn't change the fact that it's sorely lacking at the moment, especially for players without the desire to take the fight online.

The good news, is that for those who are interested in testing their skills against the world, online play is fantastic. Very rarely did I ever come across noticeable lag, and when I did, it was typically when playing against international players. Street Fighter 5 also features cross platform play between PC and PS4 versions, ensuring a large pool of players to fight against regardless of your platform of choice. The ability to play any of the game's other modes while waiting for an online match also returns from Street Fighter 4 and it remains a blessing, removing much of the downtime between fights.

Overall, Street Fighter 5 lives up to the legacy of its predecessors, providing the most accessible entry yet, without sacrificing the depth that hardcore fighting game fans have come to expect. With new characters and modes being planned to release every month up until at least September, players in it for the long haul will eventually find a breadth of content to enjoy in Street Fighter 5, especially since DLC characters can actually be earned with in-game Fight Money that is obtained by just playing the game. Frustratingly, that fight money can only be earned while playing online, even in single player, and with consistent connection drops just after launch you can lose that. More casual fans might want to consider waiting on their purchase until at least the story mode drops in June.

Bottom Line: While it is incomplete by design, with the missing content being dolled out for free over the course of the year, Street Fighter 5 is the most accessible the franchise has ever been and remains mechanically brilliant.

Recommendation: Those without a desire to sharpen their skills against friends or against players online may want to wait for the cinematic story mode to drop in June, but for everyone else, Street Fighter 5 lives up to the hype.