I feel like Legion has been behind a glass plate at Blizzard HQ, with a little notice saying "break in case of emergency". It is fan service to the extreme, bringing with it all of the coolest things about Warcraft lore. Awesome artifact weapons like the Ashbringer and Doomhammer! Demons! Demon hunters! Illidan! Gul'dan! It's impossible not to link the elements of Legion back to Burning Crusade - the game's first and arguably most-successful expansion to date. That's not to say that Legion isn't good in its own right - it's still a great add-on to the game that is sure to coax many veterans back to the game with plenty of new features, improvements and that ever-famous Blizzard polish. Just a word of warning if you've been gone for a while: the World of Warcraft you left behind no longer exists, and playing Legion has made me understand why the push for legacy servers has been such a big deal as of late. 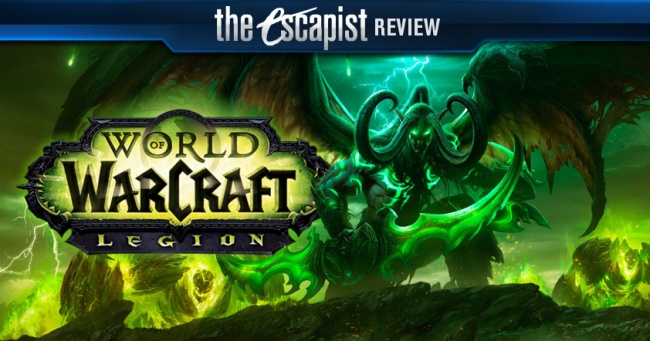 Over the last three or so expansions, World of Warcraft has been making this gradual push to take the "MMO" out of "MMORPG". Stuff like cross-realm play, dungeon/raid finder, garrisons and personally instanced zones have made it increasingly possible to play the game without ever having to interact with another player. Legion, I feel, completes the process. That's not to say it's a bad thing: leveling my character in Legion feels more like an actual, proper RPG than the game ever has before. But it's just not really an MMO any more.

Let me explain a little further. The very first quest you'll encounter comes from your specific class's "class order," and sets you on a path to acquire an extremely powerful "artifact" weapon that is unique to both your class and spec. As a demonology warlock, my artifact was the Skull of the Man'ari. During my quest for the skull, the entire warlock class order is decimated. After a long, well-written quest peppered with plenty of mini-cutscenes, I wrestle the skull from the grasp of a mighty Dreadlord, I become the leader of the warlock order, and I begin to rebuild what was lost. Then, my personal instance merges with the persistent world and I am suddenly in a room full of dozens of other "leaders of the warlock order" all with their own Skulls of the Man'ari floating around them. It's a real immersion killer. 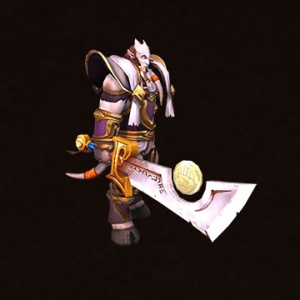 While other World of Warcraft expansions were happy to treat your player character as just another Horde or Alliance grunt, Legion takes very heavy steps into painting you as a special snowflake, the "chosen one". As an RPG, this works very well, but in an MMO being the "chosen one" has no meaning when you see hundreds of other "chosen ones" wandering around Dalaran.

The plus side to this approach is that it gives Legion the opportunity to create a truly epic tale, personalized to the player - and it works incredibly well. The journey from level 100 to 110 is smoother than it's ever been, thanks to the personally instanced zones feature Cataclysm introduced, as well as the new ability to play through the zones of The Broken Isles in any order you choose! "Level" in Legion is a lot more fluid than it has ever been in World of Warcraft, meaning you've never pigeonholed into completing zones in the way Blizzard intended, and you are never stuck in a position where you are over or under leveled for a quest. Dungeons work the same way, and will scale their monsters and loot to meet your level. Lots of cutscenes, appearances from famous characters, and the return of both classic Horde vs. Alliance hostilities and the Burning Legion, Warcraft's most infamous "bad guys," means that Legion is easily the best-written expansion yet.

Legion feels more like an actual, proper RPG than the game ever has before. But it's just not really an MMO any more.

Artifacts are the big new feature this time around. Rather than gaining new abilities when your character levels up, you'll instead have to level up your artifact by collecting artifact power and relics. You'll then be able to "level up" and customize your weapon to better suit your playstyle, unlocking some neat new abilities along the way. Garrisons have been replaced by Class Order Halls, which are functionally the same, albeit with a few added new features. They're also a little less lonely, as you'll be accompanied by all of the other, aforementioned "leaders of the class order" player characters.

Almost every class and specialization has had considerable tweaks, with some, such as Demonology warlocks and Outlaw rogues getting full overhauls. It's either a welcome or unwarranted changes, depending on if you wanted things to be simpler, or enjoyed things being really complicated. Spell rotations have been quite heavily trimmed, and many situational abilities have been removed completely. I can't really speak for the other classes but at least for Warlocks the end result is that every single ability serves a very necessary purpose, and the rotation pulls together to feel satisfying. Talents, and artifact abilities are more of a "personal choice" that they have ever been, and while there will always be a "min-max" guide, there are very few talents and abilities that feel completely useless.

Moving on to Demon Hunters. I've only completed the Demon Hunter starting experience (levels 98-100) and the class artifact quest, but it's clear that this is a class with a very different focus to what we have seen before. Demon Hunters are the most mobile class to join the game, and playing as one feels more akin to playing an action RPG like Dynasty Warriors than a traditional World of Warcraft class. They have a lot of movement-oriented abilities that let them zip around the battle faster than any other class, and while they don't have straightforward "combos" in the way that Rogues do, they do have a lot of abilities that work together in a similar fashion. 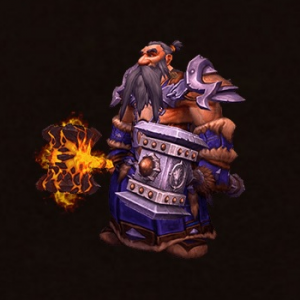 The starting experience is really top tier, by the way. Blizzard has gone out of its way to make the Demon Hunter feel like a real "hero" class, and while it is a bit short (you'll get from 98 to 100 in less than two hours), it makes for a great ride.

However, due in part to the fact that Demon Hunters only have two specs (tanking and damage) instead of the usual three, the class doesn't feel quite as thought-out as the one that came before it (Monk), and feels a lot like it's just pandering to the "I wanna be Illidan!" crowd.

It's worth talking about the expansion's world design because as usual, it's spot on. Each of the Broken Isle's zones have a distinct, intricately crafted feel. It's really amazing to see Blizzard make something so beautiful on an engine that's so old. The music is as usual the most under-appreciated part of the game. Do yourself a favor and turn it up while you play - you won't be disappointed.

While there is the odd glitch, Blizzard's QA department has made sure the game is as polished as it possibly can be. I was positively shocked to find that on launch day, instead of the servers completely falling apart like they have with every previous expansion, Legion was as smooth as a baby's bottom. It looks like Blizzard has finally learned its lesson on server management.

So now that we've come to the end of this review, what can we take from it? The game is very fun, very well made, and adds a bunch of new stuff. But it has changed significantly from the Warcraft we used to know, despite trying to bring back all our best memories of the Burning Crusade. The Demon Hunter is an adequate addition, though not quite as meaty as the ones that came before it, but the plethora of class changes and new artifact weapons make all of the classic classes feel very unique and special again.

Bottom Line: Legion is more focused on the player's personal story than any other World of Warcraft expansion has ever been, and it does an absolutely fantastic job at telling it. The Demon Hunter class isn't as fleshed-out as it could have been, but there is still a ton of new content for every kind of player.

Recommendation: If being able to play by yourself at your own pace is a priority, then Legion is for you. If you want to relive your World of Warcraft glory days, maybe give this one a miss.