The past 12 months have had a lot to offer those of us with a predilection for video games, from quirky indie titles like Undertale to the easy-to-predict blockbusters like Fallout 4. 2015 brought us the Star Wars Battlefront reboot that some of us have been waiting so long for alongside the best new Zombies mode in a Call of Duty game I've played since World at War. I'm not sure when the "Thing of the Year" business started, but it's a fun exercise, and we enjoy offering our take on the games side every year. Of course, choosing one game from a list of hundreds is hard, so we decided to start out by choosing 10 games - these 10 games will serve as our nominations list for Game of the Year - so the debate is a bit more manageable.

Compiling this particular list was a fascinating endeavor that highlighted how drastically different the opinions of different sort of gamers can be. I'm a hardcasual - a word I just made up that means I play as many hours as the hardcore demographic, but have the skills of a filthy casual - gamer with a tendency towards co-op and console play. Justin Clouse is a bit more serious and a bit more skilled gamer who has a verifiable obsession with Baldur's Gate reboots and has actually won matches in League of Legends. Jon Bolding is a strategy fanatic that occasionally re-enacts historical conflicts in Europa Universalis while working on his Cities: Skylines town on a second monitor. That's just the three of us in the office.

Once I'd solicited recommendations from our in-house team and editors at large, I opened it up to our regular reviewers as well. All told, this list is based on the opinions of more than 10 separate individuals, each weighting their recommendations based on how strongly they felt it was worth including. Tallying up the totals, we narrowed down the 30ish suggestions to these 10 finalists. These games will serve as our nominees list for Game of the Year 2015, which we'll announce at the end of the year. It stands to reason that each of you will agree with some and disagree with others on the list, so I'd encourage you to take to the forums and let us know what you'd keep, what you'd nix, and what you'd add! 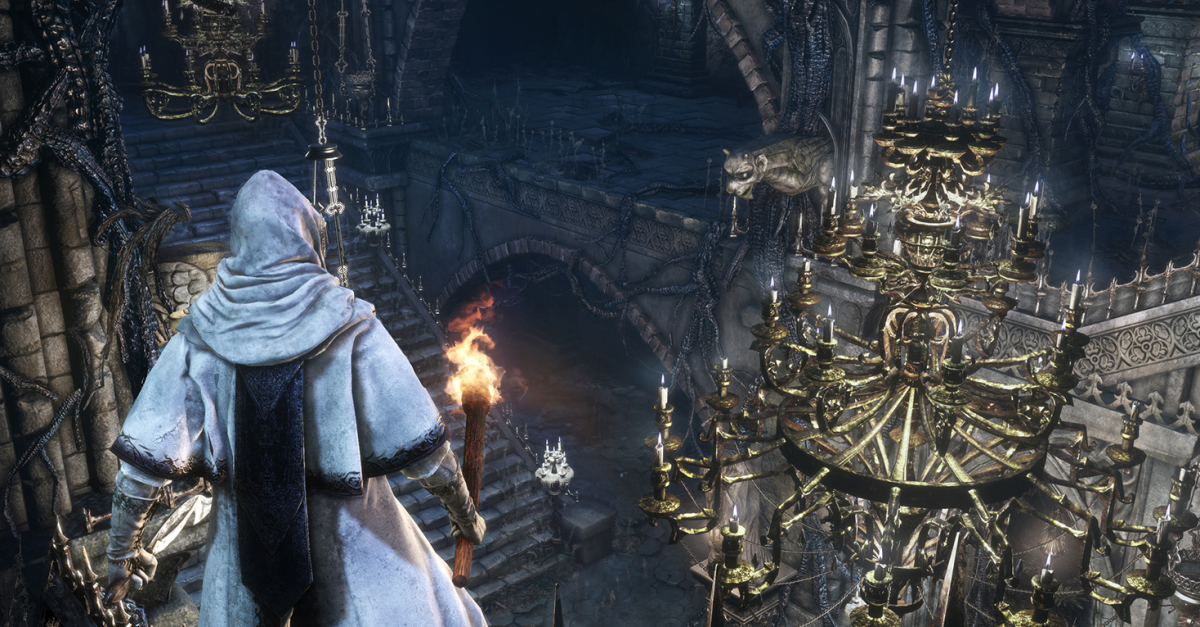 Mitch says: Bloodborne set the bar high for video games of 2015 when it was released early in the year and blew gamers away with its unforgettable adventure through the horrifying streets of Yarnham. Featuring exquisitely designed combat against beasts that would make even Silent Hill's monstrosities look cuddly, Bloodborne managed to take From Software's trademark brand of brutally difficult gameplay, and successfully adapted it to a fit a much faster and more aggressive style of play.

The result was a game that maintained the same level of difficulty From Software fans would expect, but in a style that was completely different from any of the Souls games before it, making Bloodborne feel fresh, new, and exciting. Combine that with outstanding visuals, top notch level design, and some of the best boss battles of the year, and it's easy to see why Bloodborne is one of the top games of 2015. 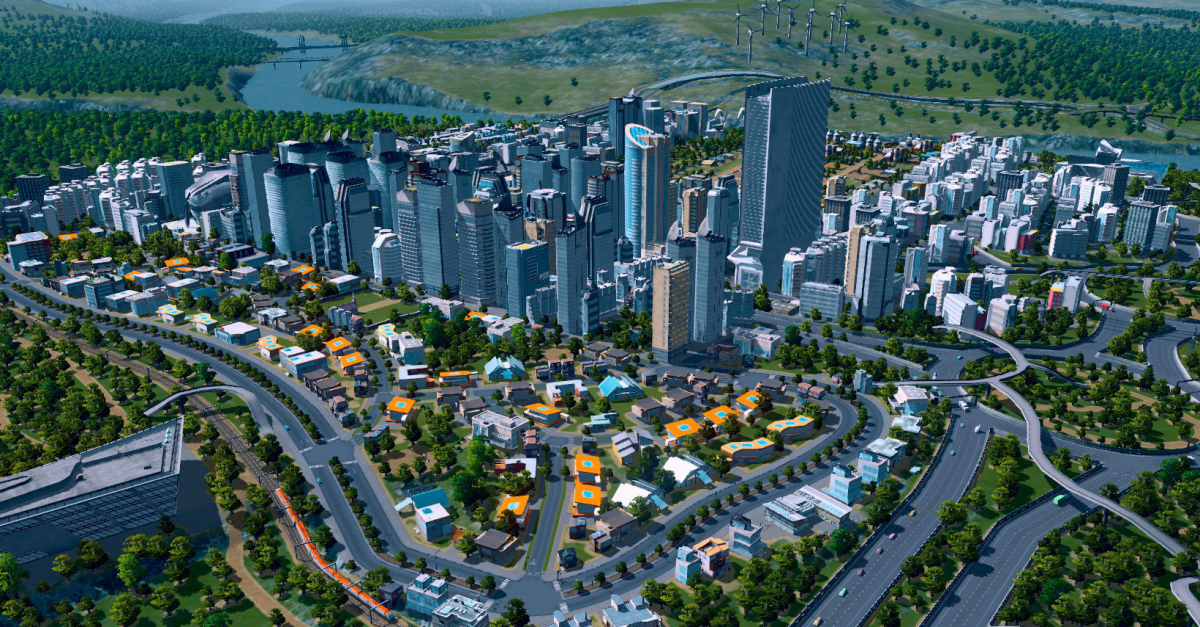 After the SimCity debacle, the door to the city sim genre was wide open, and Cities: Skylines walked right through. It was the opposite of EA's title in almost every way. It embraced modding, eschewed always-on DRM, and and focused entirely on a singleplayer experience. Most importantly, it was damn good at what it did. The game employs many interlocking systems, but none of them are hard to understand. Its UI is informative while not being complicated, and you can easily sit down and understand what's going on in just a few minutes.

Developer Colossal Order hasn't stopped working on the game, either. Not only is there already an expansion (titled After Dark), but there have been a number of patches aimed at fixing issues players are encountering, like the penchant for cars to forget that there's more than one lane for traffic.

Sure, Cities: Skylines has some flaws, but they're so minor that you rarely notice them until you're already having so much fun with the game that you can't bring yourself to care. It's certainly one of the top games of 2015, especially if city sims are your thing. Did I mention it's only $30? Yeah, it's only $30. 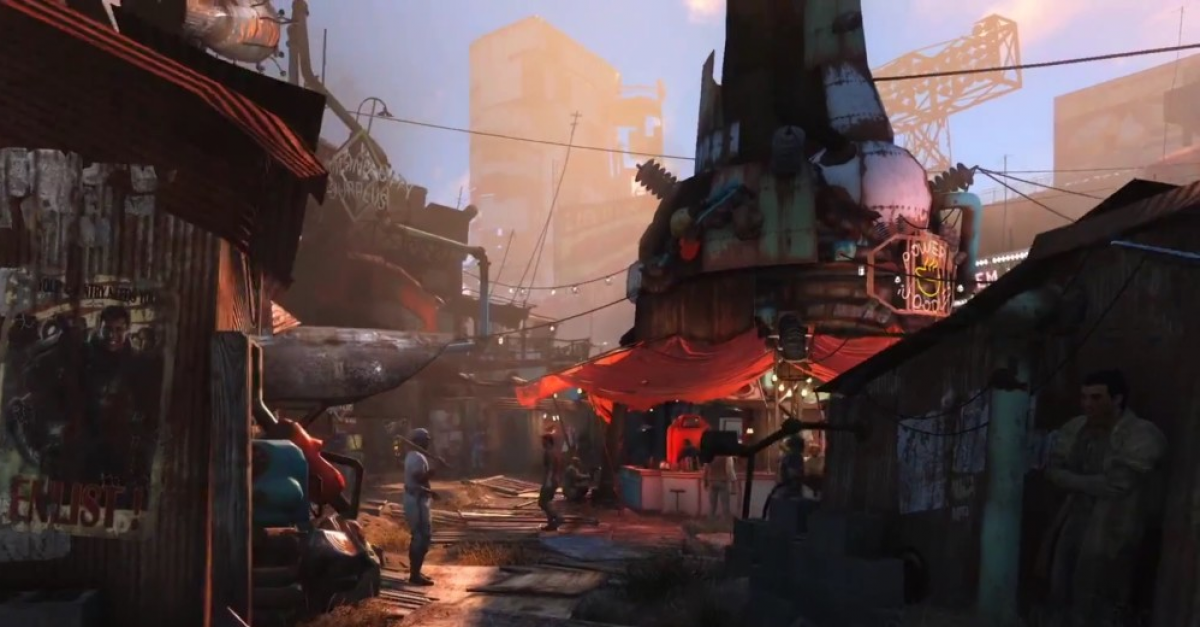 Josh says: Despite the rumors circulating about a Boston-based Fallout sequel circulating for a while, I was delighted at the official announcement, and even more so at the short wait for the game to launch. After waiting two and a half years for Battlefront, this was a welcome change. I got conveniently - also legitimately - sick around the time it came out, and was more or less down and out for two weeks straight. As you might expect, I joined with the plethora of other gamers who also "got sick" around that time, and sunk dozens of hours wandering the Commonwealth, destroying packs of Super Mutants, collecting Power Cores, and scavenging resources to kit out my gear.

Fallout was a natural inclusion as one of 2015's best games, and was one of the few that most of us had played and almost unanimously loved. For my part, I thought the moral/philosophical dilemma presented in the main story was a brilliant test of personal values, and it's proven to be quite divisive amongst everybody I've talked to. Each player has their own justification for their faction choice at the end, ranging from strong personal beliefs to projecting their character's motivations onto the decision. It was fun to experience, and even more fun to argue with friends about the "right" choice.