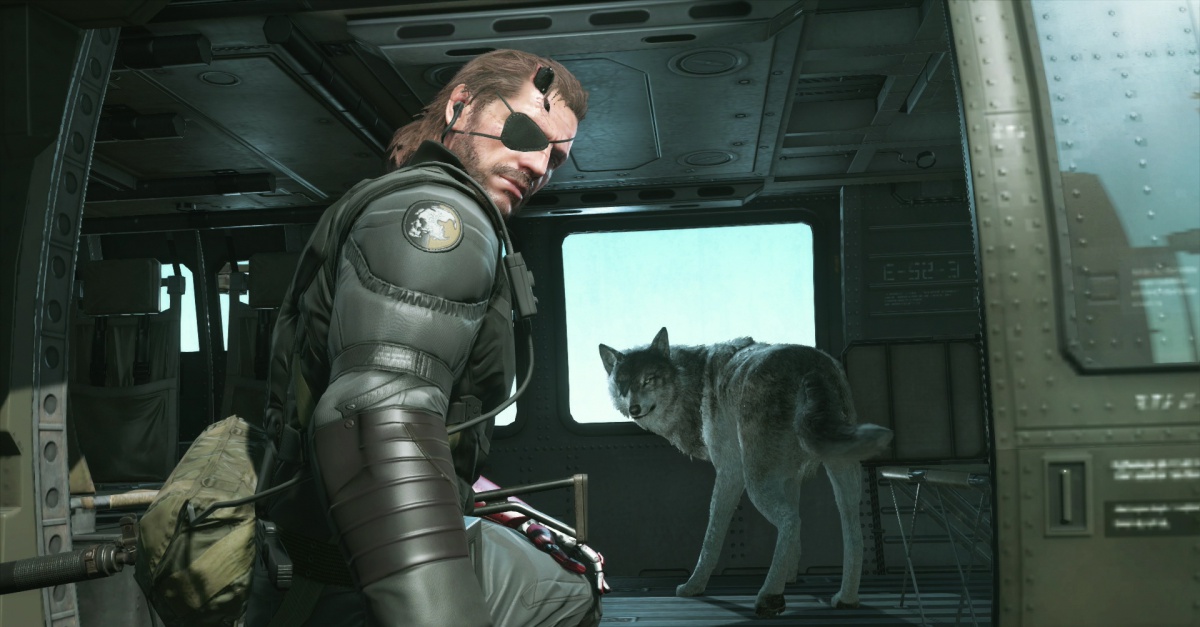 Hayden says: Metal Gear Solid V: The Phantom Pain was one of the most highly anticipated games of 2015. It is the missing link within the Metal Gear series and the last installment that series creator and game mastermind Hideo Kojima will work on. Despite all of the Konami drama that has occurred over the past few years, Kojima still delivered a landmark game that lived up to its moniker.

This time around, the long cutscenes and over-explained game tropes that have been a staple of the series since its inception were dropped. This choice might have made the cutscenes shorter, but it certainly didn't affect the length of the game. With over 200 missions in the game, the objectives are neverending, each with their own variety and challenge. After playing for 80-90 hours, I am still only around 60% and still discovering secrets.

MGSV's longevity wouldn't be as impressive if it weren't for the massive open world of Afghanistan and Angola. Both maps feature guard patrols, weather systems, and wildlife activity in real time. I constantly found myself getting sidetracked during missions to go catch an animal or capture a high-ranking enemy soldier to Fulton balloon back to base. Although, when I did complete a mission, the small story bits I did get were enough to keep me plugged into the story. In typical Metal Gear fashion, the story kept me guessing up until the very last moment and even left me with more questions that I had to puzzle out for myself.

The Phantom Pain is a non-stop stealth joyride through a beautiful world that has just enough story to keep you engaged without taking you out of the game. Coupled with the masterful design and story from Kojima, Metal Gear Solid V took a bold departure from what stealth-action games are doing today and created a long, beautiful coup de grace for (his) Metal Gear saga. 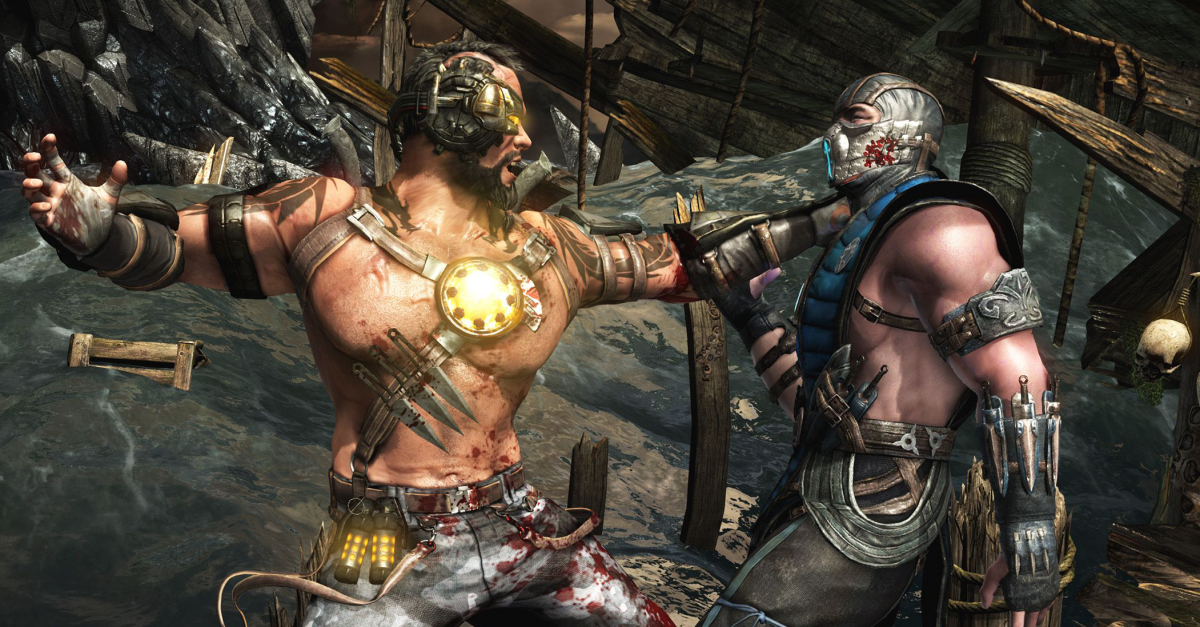 Liz says: While some may dismiss the Mortal Kombat franchise as a series of gory fighting games without any depth, it is nearly impossible to deny the rich lore that is infused into the Mortal Kombat universe. The release of Mortal Kombat X marked a new rung on the franchise's ladder, utilizing that lore fully with one of the most significant story modes included in a fighting game. Mortal Kombat X's lengthy story mode is a narrative-rich introduction to fan favorites and new characters alike, seamlessly expanding on their stories - both as individuals and in their relationships with one another.

Both in and out of the story mode, combat is king. The game maintains the crunchy battles and excessive gore that landed the franchise on the map when it was first introduced, while managing to infuse newer, faster, and bloodier moves. The X-Ray moves are graphic, the finishers satisfying, and the characters versatile, each available with three different iterations and a laundry list of potential moves and combos. Every move, including X-Rays, can be linked in different variations in order to achieve the greatest result. Mortal Kombat X isn't simply a fighting game - it's a puzzle, a story, and an experience. 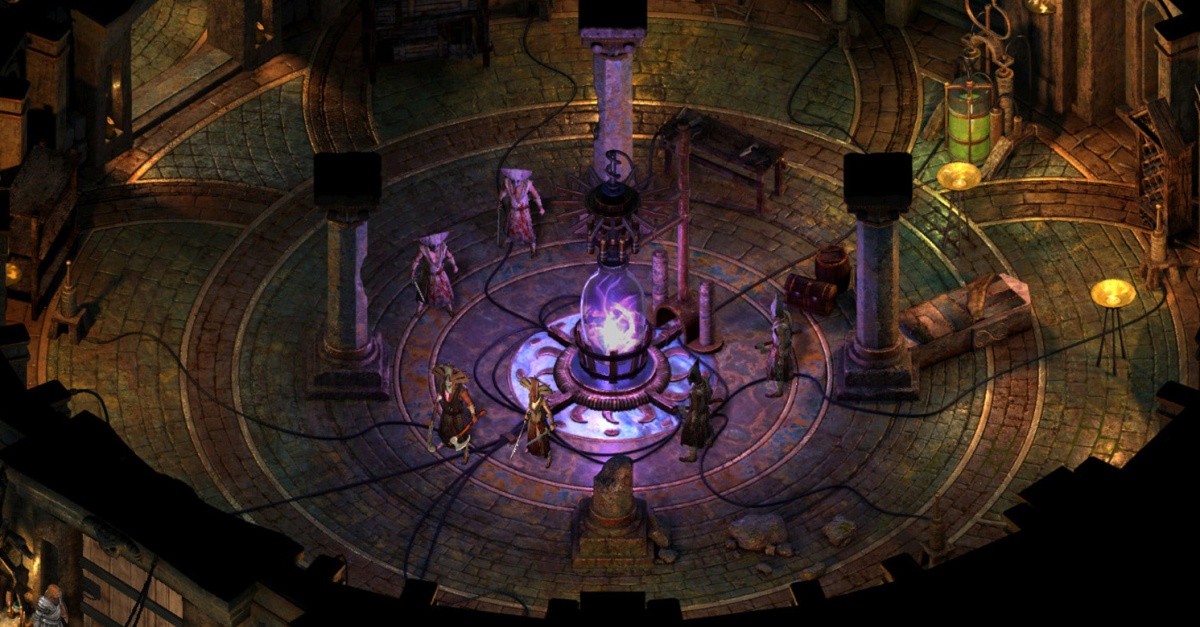 Ron says: Sure, fans of classic isometric RPGs were extremely excited when Obsidian Entertainment launched a Kickstarter for Pillars of Eternity, a new isometric RPG. But the real excitement came later, when they played the game and realized that it was a phenomenal success.

Pillars of Eternity manage to blend classic RPG concepts with new ideas, and do so in a way that feels very good. All of the traditional RPG classes are here, and they work exactly as you'd expect. But once you drill down, you see some new things. Dump stats (a stat you can ignore to be more powerful elsewhere) are gone, because every stat matters now, even if you're a thick-headed fighter type.

What's really impressive about Pillars of Eternity is how much the player can affect the story. You have lots of agency here, although at times the best choices are locked away behind skill checks, which again makes skills important for everyone.

Another interesting mechanic is that combat does not give any experience points. Instead, you advance by exploring and completing quests. In this system, avoiding a fight and still grabbing the quest item you need is just as rewarding as stomping the monster. This is another way that Pillars of Eternity gives you plenty of choices in how you approach the game.

In short, Pillars of Eternity is a must-play for fans of isometric RPG's, for people who love lots of player agency, and honestly, for anyone who's just looking to have a hell of a lot of fun with a videogame.