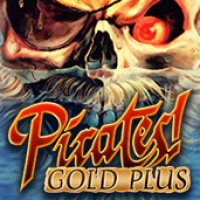 This week we close Sid Meier month with a look at the 1993 game Pirates! Gold.

I will admit that I didn't intend to review Pirates! Gold for this week. I have a thing for being chronological. In turn, when I first downloaded the Pirates! Gold package (only $5.99 at GOG), I did so fully intending to focus my time on the original 1987 classic Pirates!. That said, after spending an hour or two with the original I let my curiosity get the best of me and decided to give Gold a try. Pirates!, to its credit, is still pretty fun and fairly impressive for its time. That said, there was no contest between the two. I was ready to be done with the original after just a few hours. I've spent days, however, playing Gold and feel like I could still keep going.

Pirates! Gold is a game about piracy (go figure). You play an aspiring buccaneer in the Spanish Main who, after snagging yourself a ship, pretty much has free reign to sail the open seas doing as you please. This can mean anything from shipping goods and helping one of the game's competing nations, to straight-up stealing other people's stuff.

Being a gamer with a predilection for wanton destruction, I immediately gravitated toward blowing up other ships. As time went on, however, I began to branch out and, bit-by-bit, broke into an experience covering a decently wide range of mechanics and skills. Put shortly, Pirates! Gold is a game with a lot more going on for it than mere violence. You'll need to manage supplies, butter up foreign governments, keep your crew happy with plunder and, of course, make money and climb to the tip-top ranks of high society. All of this is wrapped in a package completely void of the silliness that's often permeated the pirate-themed entertainment of recent years. This isn't some Disney movie where Johnny Depp quips his way out of an impossible situation. If you don't think and try to take on more than you can handle, you will lose.

That being the case, it's also an experience that very much understands the joy of in-game freedom. Your focus at any given moment is completely up to your own whims. One minute you can be transporting cargo to a port just to find yourself, in the next, following a treasure map to a buried cache of gold. Maybe you'll want to pursue a famed treasure fleet or try to rescue your family from the clutches of ne'er-do-wells. Gold provides a plethora of play options to explore or ignore depending on your preferences. Simply put, it's freedom done right.

Which isn't to say that Pirates! Gold gets everything perfect. While it does provide a lot of options, things can still feel a bit repetitious time. Granted, it will probably take hours of consistent gameplay before you ever reach that point, but there will still come a moment when you sail into a port and realize that you've basically been repeating the same actions over and over again. Even then, however, the game is so danged enthralling that you'll probably just keep playing. After all, your crew just spotted another ship that clearly needs to have its cargo stolen. Then, of course, you'll need to sell that stuff. And hire more crew. And how did another hour go by?

There are still a few elements that I never quite warmed up to. Gold's fencing system, for instance, seemed like a bit of a downgrade compared to the simple but still challenging mechanics of the original Pirates!. Whereas the first game kicked my butt on more than a few occasions (on the easiest setting too), fencing in Gold was a veritable cakewalk. All I usually had to do to was equip the cutlass and then mercilessly attack my opponent until he gave up. It was, admittedly, nice to have a generally sure-fire way to win, but it also didn't carry the same satisfaction that I felt from beating a foe in the 1987 Pirates!.

I also wasn't too impressed by some of the visuals in Gold. While much of the art is quite nice, the game is guilty of some intense asset recycling. As you can imagine, this doesn't help with the aforementioned feeling of sameness that occasionally rears its ugly head. Funnily enough, I actually liked the simpler visuals of the original Pirates! better. Granted, the 1987 game is also guilty of reusing its assets just as heavily as its remake. That said, I love old school pixel art and there were some elements of Gold that I just found downright ugly. The land masses, for instance, look like someone went nuts with the spray tool in Paint.

Whatever problems I had with it however, they were very much overshadowed by one of the most enjoyable experiences I've had since I began Good Old Reviews began back in September 2013. Pirates! Gold isn't the best game that I've ever played. That said, it's definitely one of the most addictive. It's an experience I could easily waste weeks on and that makes me wish I had time to do exactly that. The fact that I can't is probably my only regret walking away from it and, in turn, I'd highly recommend it to anyone with time to burn and even a mild love of the high seas.

January is coming to an end and with February we're dropping the formal themes to give our writers a chance to explore some games they've been dying to play. Come back next week for Phantasmagoria!.