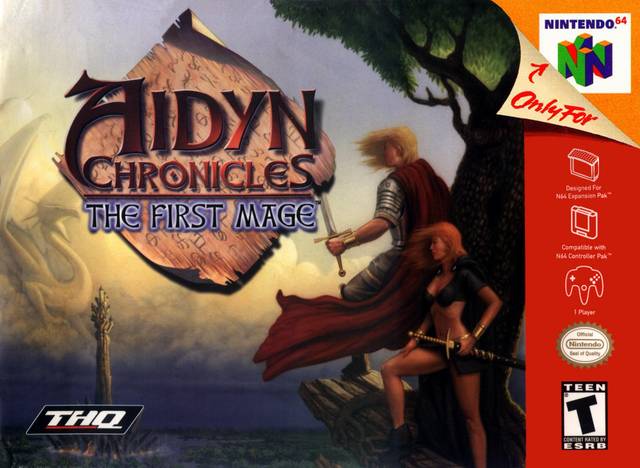 A late in the game RPG on a console that barely had any, Aidyn Chronicles was originally released in 2001 and follows the quest of a young squire to defeat evil while curing himself of a deadly poison.

While I've certainly played better consoles over the years, I'd be lying if I were to say I didn't have a special place in my heart for the Nintendo 64. It was the first piece of current gaming hardware I ever owned and while going back to it can be often be an exercise in overlooking the gigantic rough edges of its aging library, it's probably the machine around which I have some of my strongest feelings of nostalgia.

That said, good lord did it suck to be a fan of RPGs when you'd picked the N64. Sincerely, wth the exception of the Virtual Boy I can't think of another console with a worse library of role-playing games. Quest 64, Ogre Battle 64: Person of Lordly Calibur, Paper Mario; you can count off all of the good ones (and that's being generous to Quest 64) without even running out of fingers on one hand. This was made more frustrating for me personally by the fact that all of my PlayStation owning friends owned were constantly bragging about their FMVs, and their epic 80 hour epics and their damned Final Fantasy VII's all the while I was left hoping and praying that some other game would come out that I could throw in their faces besides Ocarina of Time.

And that's how we come to Aidyn Chronicles: The First Mage. I can't remember which old timey game magazine introduced me to it, but the simple fact that it was going to be an RPG exclusive to the N64 led to my immediately latching onto it as ammunition I could throw in the faces of those smug PlayStation loving bastards. "So what if the PlayStation has Final Fantasy VII," I'd say. "It's not going to have Aidyn Chronicles!"

In retrospect, I might have sounded like a moron. That might be especially true now that I've actually had the chance to sit down and experience the game as something other than a console war artillery shell. Because Aidyn Chronicles isn't a good game. In fact, looking at my time with on the whole, I'm almost convinced it's the worst RPG I've ever played. 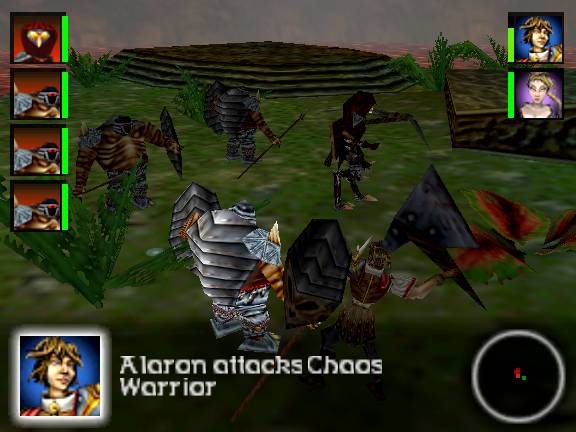 It's unfortunate too because it contains some definite hints that someone had some good ideas when they sat to down to make it. The combat system, for instance, is actually fairly interesting, dropping you into battles that combine traditional turn-based gameplay with real time movement that allows you to do things like position your fighters behind enemies to deal extra damage. The game world is likewise an impressive feat of scale, easily dwarfing other big world titles on the N64. The problem is that while those make good bullet points to put on the back of a box, their actual execution is sorely lacking.

Even if the combat is driven by some decent ideas, it's ultimately just a bore. When your party is full and there are multiple enemies to contend with, individual fights can last several minutes apiece. Add that to enemies that can be hard to see at times on the world map and you'll frequently find yourself caught up in lengthy battles that are hard to avoid. This wouldn't be so bad if the real-time movement was actually any fun, but my experience with it was more snore-inducing than exciting. I'm not joking there either; I legitimately fell asleep in the middle of a battle at one point. Granted, I might have already been a bit on the doze-y side, but usually, if the game's good, that's not an issue.

Likewise, while its world is huge, the game doesn't do enough with it to justify its size. Having a big village means nothing to me if its inhabitants don't saying anything of substance and the houses are empty of anything useful. Moreover, large spaces can also become problematic when they lead to the player getting lost. I can recall one early castle, for instance, where I wandered around aimlessly for 40 minutes because my directions were poor and the castle was so unnecessarily huge that a single wrong turn would lead me to a pointless empty area that seemingly existed just for the sake of making the whole structure seem vaster. 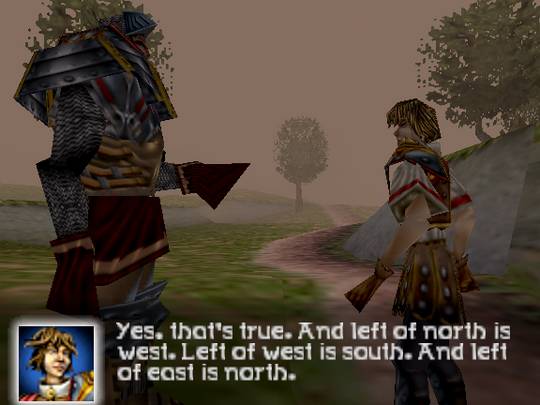 It also didn't help that the game's soundtrack is about the sparsest I've ever encountered in a console RPG. While there's a battle theme and music that plays for special moments, you'll play through the bulk of the game in complete silence. Now I'll grant that that probably doesn't sound all that bad on paper. That said, I want you take a moment and just picture level grinding in Final Fantasy VI without Terra's Theme playing in the background as you walk the world. Even that masterpiece would have been less without music and Aidyn Chronicles doesn't even approach that level of quality to begin with.

The only aspect of the game that I hesitate to fully criticize is the visuals and that's only because none of the games on N64 have aged particularly well. I will say that Aidyn Chronicles boasts some of the weirdest, least pleasant looking character models I've ever seen. There's just something off kilter about them, especially the game's protagonist Alaron who just looks downright odd, even in his character portrait.

Not that it matters all that much because the game on the whole just isn't worth playing. Now I could, admittedly, be being a tad too hard on it on account of it not living up to my own ancient console war hype. Even so, I feel very confident that even if that weren't a factor this would still be a really lousy RPG. Last week, I recommended trying Wing Commander: Privateer even though it wasn't my personal cup of tea. I'm not going to do that for Aidyn Chronicles. Don't play this game. It's nothing more than a waste of your time.

Come back next week for my review of Blade of Darkness. In the mean time, feel free to PM me comments, suggestions and recommendations for games.