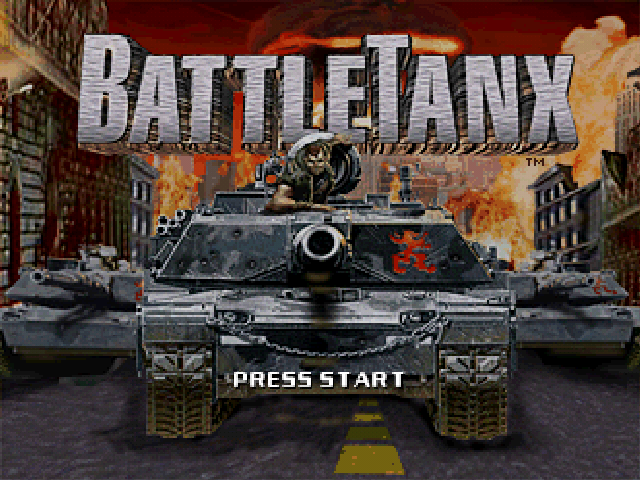 BattleTanx transports players to the far future of 2001 where rival gangs fight over a world ruined by plague and nuclear war. Their weapon of choice? Tanks, tanks and more tanks!

BattleTanx is one of the most entertaining games I've ever played. It's also probably one of the silliest, and that's not a knock against it. BattleTanx is silly in the same way that giant robots or Arnold Schwarzenegger movies are. It's silly like superheroes, Judas Priest, and Beast Wars. Put shortly, it's ridiculous in that unique way that somehow equates to awesome.

For those unfamiliar with the game, it takes place in a world destroyed by disease. A gender specific plague has all but wiped out the majority of the world's women. The men, in turn, left without girlfriends to suppress their primal urges for, promptly start blowing things straight the hell up. The twist, of course, is that all of this rampant destruction is executed via tanks (or "tanx" as the game insists on calling them). There's no particular reason given for why people stopped using good old fashioned guns or when M1-Abrams started being handed out like candy, but it's pretty clear that you're not supposed to examine the logistics of this world so much as you're supposed to just enjoy setting it on fire.

All of that said, what would a post-apocalypse be without a story? And to its credit, BattleTanx actually boasts a halfway decent one. The player takes on the role of Griffin Spade who, prior to the outbreak, had been enjoying life in New York City with his incredibly high cheek-boned fiance Madison. After the feces hits the fan, however, Madison is whisked away to a government quarantine zone in sunny California, leaving Griffin to mourn her. That is, at least, until the nukes start flying and New York is burnt to an atomic cinder. Surviving the devastation, Griffin, in a moment of spectacular melodrama, decides that there's only one course left to him. He's going to saddle up in his tank and fight his way across the ravaged countryside to rescue his lady love. 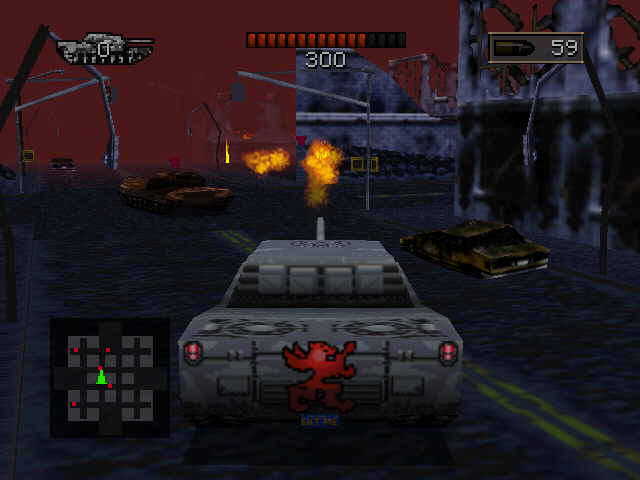 Now, obviously, this isn't a George R.R. Martin caliber tale we're dealing with. Its cliché and just about as cheesy as any number of bad 80s action flicks. Being someone who enjoys 80s action movies though, I'd be lying if I didn't find it to be endearing as hell. Biases aside, I also have an especial appreciation for the fact that the story is told simply and with little attempt to be more than just a big dumb action title. Mind you, I definitely love it when a game tries and succeeds to be something special. That said, there's nothing more frustrating than a piece of software that aims for too many targets and fails, in turn, to hit any of them.

The gameplay, along similar lines, doesn't try to be much more than an engine for absolute carnage. There's no attempt to be a realistic tank simulator or weigh things down with unnecessarily complex objectives. Everything is geared toward getting you into the action as quickly as possible and keeping the explosions going for as long it can. And the action is fun. I wish there was a more apt way to put it, but that's really the best description that comes to mind. Rolling around a city in a tank and trading cannon fire with enemies is a ton of fun.

There are certain aspects of BattleTanx' execution that enhance the fun quotient,of course. The power-up list, for instance, is chalk full of weapons that could easily find spots on any list of awesome armaments. Automated gun drones? Check. Lasers? Check? A freaking nuke? Check! Checkity! Check! Check! Check! Add in the fact that the majority of the buildings in each level are destructible and you're literally given everything you need to not just destroy your enemies but also the environment around you as well. I really can't understate just how much that adds to the experience. Granted, the destructible environments in BattleTanx are primitive by today's standards. Even so, there is nothing quite so satisfying as dying, respawning, and then surveying the city you've lain to waste as you work your way back to the front. 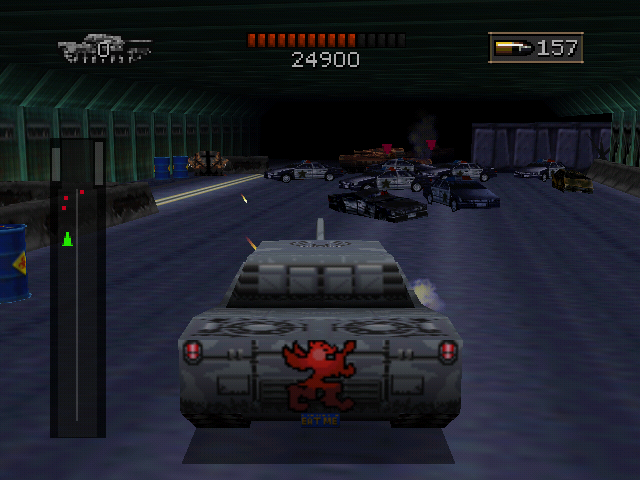 None of this is to say it's perfect. Throughout the entire game you'll only encounter all of four different enemy types (3 tanks plus turrets of varying sizes). Likewise, even though I loved how straightforward the whole experience was, there were still moments where I might have enjoyed an objective besides "Capture (Insert Number) Queen Lords" or "Fight to the End of (Insert Location)." I'd say that the game only being a few hours long keeps these from becoming too repetitious, but that in itself is something some would likely see as a flaw. Personally, I like the occasional game that I can beat during a weekend's worth of my daughter's nap times. Even I have to admit, however, that the credits start rolling a bit to soon. The game successfully makes up for it with some really enjoyable multiplayer modes that can be played solo against the AI, but I can still picture the campaign's brevity being a downer for some.

Before wrapping things up, I must add a word about the game's music which is just flat-out awesome. Its main theme is probably one of the coolest I've heard in any game that I've ever played. In fact, I'd be legitimately shocked if there was anyone out there with the sheer will to listen to it and not find themselves humming its tune for the next three or four days. The rest of the soundtrack isn't quite as memorable, but still does a great job of adding this lovable heavy metal chug to the game's atmosphere. In fact, as much as I love BattleTanx, I'm convinced that it would be a lesser experience if it didn't have a bunch of digitized guitar riffs and pounding anvils playing constantly in the background.

What you should take from all of this is that BattleTanx is an absolutely solid action game that's the perfect companion if you're looking for some simple, stupid fun that you can breeze through in a few hours. It's not a deep game, but it's entertaining enough to be worthwhile fifteen years later and memorable enough that you might even find yourself interested in coming back to play it again after the credits roll. If you have an N64, I'd highly recommend it.

Come back next week for dual reviews of BattleTanx: Global Assault for the N64 and PS1! In the mean time, feel free to PM me comments, suggestions and candidates for future reviews!