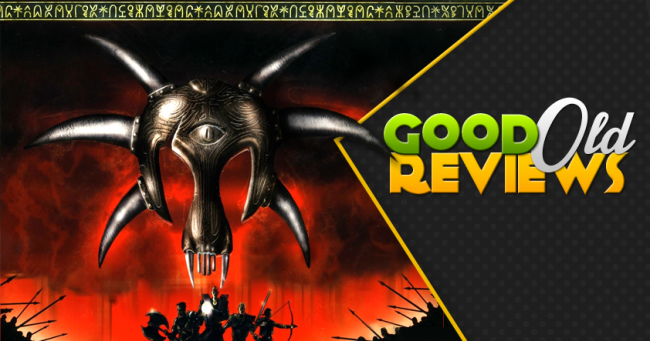 Dark fantasy RPGs are doing pretty well these days, thanks to games like Dragon Age, Dark Souls, and The Witcher 3. But back in 2001, it was Gothic sitting on the dark fantasy throne. This game featured a bleak yet complex interactive world, a full day-night cycle, open-ended gameplay, and many other traits that inspired future developers. And while it all holds up remarkably well, there's one aspect Gothic excels at - roleplaying a character nobody expects will become the hero of the story.

Gothic takes place in a dark fantasy world where a savage human-orc war devastated the countryside. To turn the tide, the human king orders a prison colony over a mine, where every criminal will be forced to dig up a magical ore. He even orders twelve powerful magicians to erect a protective dome over the colony - but the spell backfires. The dome grows so large that it covers the surrounding valley, trapping prisoners, guards, and magicians inside. What's more, it instigates a revolution that leaves the guards dead, and the criminals in complete control of the colony.

Now the king is at an impasse. While anything can enter the dome, nothing living can leave without being destroyed. So he forges a trade agreement with the colony, exchanging goods for ore mined by the prisoners. Left to their own devices, the prisoners organize into three groups. The Old Camp is the most powerful, ruling over the colony while maintaining the status quo. The New Camp wants to escape by securing enough ore to cast a powerful spell. Finally, the religious Brotherhood worships a god called "the Sleeper", which it believes will awaken and free them from bondage.

So where does the hero fit into this? Is he a veteran of the war effort? A humble warrior with dreams of setting right the world? None of the above - he's just criminal making his way to the dome. Nobody's interested in your past, and even NPCs don't want to learn your name. It's purely by chance that someone official makes a tantalizing offer: Deliver a letter to a magician in the Old Camp, and you can name your reward.

Gothic was clearly a precursor to dark fantasy, open-world RPGs like The Witcher, right down to putting strange magic symbols on the box art. You're free to explore the game world, join various factions, and accept quests from morally questionable individuals. The open environment is smaller than The Witcher 3 or Skyrim, but well-designed, packing an impressive range of encounters and secrets into its space. Even today, the interactive gameplay feels highly robust - you can hunt animals with unique behaviors, cook meat to regain health, follow NPC work schedules across the day/night cycle, and much more.

Mechanically, one of Gothic's biggest standouts today would be its leveling system. Your hero starts the game as a blank slate, with no proficiency in any ability. You earn skill points over time, but can't spend them immediately - you need to locate teachers who can unlock skills for you. Some will enhance your strength or dexterity. Others might improve your abilities with melee weapons. Mages can increase your mana or teach you new spells. While there are a huge range of character types available, your hero only masters them if you're willing to explore and meet the demands of your teachers.

But what is Gothic's most unique feature? Simple: You, the hero, are not special. Your character is not the chosen one, a savior of the people, or anything else this prison colony especially cares for. Even your character model is largely interchangable with any of the other convicts. You're just a new arrival sitting at the bottom of Gothic's social ladder, no better than workers forced into the mines under their new masters.

Everything you encounter brutally reminds you of this fact. NPCs only look out for themselves, offering quests which greatly favor their interests over yours. Some will lie to you, lure you into traps, or threaten you into doing tasks they'd rather not handle. Even when quest-givers are honest, money is rare, and rewarded so sparsely that you'll under-equipped for most of the game. Every layer of Gothic's economy is geared against you, and in any other game we'd call it broken. But it's not - it's pretty much the entire point.