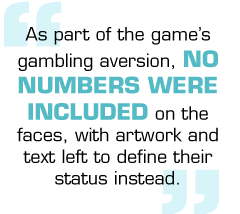 But this hasn't stopped hanafuda games finding popularity in countries outside Japan, having become something of an institution in Korea (where it's known as Godori, and has seen such popularity as to spawn the proverb "If three people gather, they're bound to play Godori") and Hawaii, where it's customary to play at the beach. Despite the deck's widespread use, the most prevalent of the hanafuda variations across the world is without doubt a game called koi-koi; commonly translated as Go-Stop.

Requiring two players at a time, the pair faces each other with the card table between them. The dealer shuffles the deck, then deals his opponent four cards. He then deals four cards face up in the center of the table, followed by four cards for himself. This is then repeated so each player has eight cards and there are eight cards in the center of the table. The remaining deck is placed to the side in a neat pile, with great pomp and circumstance (as dictated by the centuries-old Samurai culture).

The purpose is to match complete, four-card suits by compiling the sets as they're laid out in the center of the table. In essence, this would make koi-koi a game entirely subject to chance and careful observation, but by assigning a specific (and non-linear) point system to the deck, a strategy not unlike that of chess or, perhaps more accurately, poker comes into play. Each card has a point allocation of 1, 2, 10 or 20, though it doesn't automatically follow that each suit (or the month it represents) will have an equal number of overall points. November, for example, has the highest scoring cards of the deck, since it consists of a 20-point card, a 10-point, a 2 and a 1.

Every turn, each player must place a card from his hand in the center; regardless as to whether he can match it to one of the others. But this isn't simply a case of matching cards quick and fast - it requires careful consideration of the known cards in play so as not to put down a hand with the potential to benefit the opponent. Even if a matched pair could be achieved, it's not always strategically beneficial to make the match right away.

The player also takes a card from the top of the spare pile and places it face up on the table. If any of the cards placed in the center during a turn match cards already present, the new card is positioned on top of its match until it makes a full set, at which point the player who completed the suit takes all four cards. It's then customary to arrange won cards in point order to help with calculating combination and overall scores.

At the end of each turn, the player decides whether to close the hand or continue another round (weighing up how many points he's scored so far against any possible scores he may attain should play continue) by clearly saying koi-koi (literally: go on) or mate (stop). Continuing can mean far greater scores, as combinations of cards can double and triple an overall point count, though it could also mean the opposition steals the game at the last moment. Since only the winner's points are counted, risking a koi-koi can mean losing everything.

Godzilla vs. Pikachu
People traditionally play cards on New Year's Day in Japan, though the day generally calls for a more dynamic game using karuta. The cultural significance of these cards also reaches deep into Asian culture, as the Japanese penchant for categorization led game designers and scholars alike to create a variety of decks adorned with all manner of agricultural, mythical, cultural and zoological entities to be represented in themed decks over the centuries; tightly classified to enable a proper scoring system.