Playing to Strengths
Jaffe presented Heartland to the Incognito team, and they agreed to make it. "I still think it's a pretty decent design," he says today. "But I don't think it should have ever been attempted by that team."

Not that they lacked the skill to pull it off, Jaffe is quick to point out. "They certainly were more than capable of executing it. But I think it really didn't play to what they were passionate about, in terms of a lot of them don't go home and play story games. A lot of them aren't all that interested in the merging of narrative and interactivity. They're more straight-up gamers. They like mechanics. They like multiplayer. They like the arcade stuff.

"That was something from the beginning, knowing what I know now, would have been 'This is a good design, but a good design for a different team.'"

Choking Up
Early reports said Heartland would be a game that could make you cry - the Holy Grail of game developers from EA's early days to Steven Spielberg today. "On one hand, it was supposed to be emotional," says Jaffe. "We wanted players who are sensitive types like myself - that cry at Hallmark commercials - we were hoping that those types would actually cry, and that other players would still feel something that came close to an emotional response." 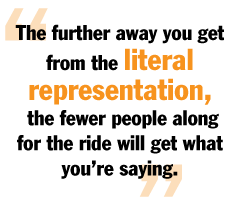 Videogames that tackle politics are relatively new territory, and Jaffe notes that "the further away you get from the literal representation, the fewer people along for the ride will get what you're saying."

He cites a Flash game called September 12th, which lets players bomb an Arab marketplace with terrorists and civilians. The more civilians are killed by stray bombs, the more of the remaining civilians become terrorists. That game was the literal representation of a political statement. Jaffe had Heartland's producer contact the group that made the game. "I wanted them to work with us, to consult with us, find ways to make the gameplay in Heartland really political through the means of interactivity."

The Brass Tacks
"If you strip away all of the political ambitions and story ambitions of the game, what we really wanted to do was create the definitive shooter for the PlayStation Portable," Jaffe says.

It was to have multiple acts, characters with unique story arcs and take place over the course of three or four weeks. Heartland was to support single- and multiplayer modes. The art style was meant to be as realistic as possible on the PSP.