Throughout the entire bizarre rollercoaster that was the ea_spouse period, I never asked anyone to stop buying EA games. A lot of people stopped voluntarily, and I didn't dissuade them from doing so, but I never actually encouraged a boycott. By contrast, when Majesco shut down Taldren Inc. in 2003, illegally attempted to recruit talent away from the studio and stole source code using planted "assistant" developers, I asked everyone I knew to never touch anything with a Majesco logo on it again. 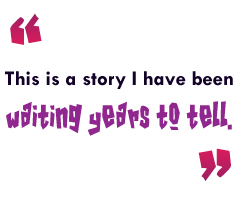 This is a story about big against small, about corporate espionage and a man-child producer with a thing for Stevie Case. This is a story I have been waiting years to tell.

Our Fair Lady of Cybernetics
It was the year of Homeland Security, the year of SARS and "Mission Accomplished" and the completion of the Human Genome Project. In the gaming world, it was the year of Viewtiful Joe, the EyeToy, Beyond Good and Evil, and the controversial Manhunt.

Black9 was a big game by the standards of its day. Currently it's not unusual to hear of a major title with a $20 million budget, but in 2003, a $5 million project was a really big deal. Black9, had it been completed and paid for, would have commanded an approximately $2 million budget over a year and a half of development.

The game was an action-based nanotechnology thriller set in a dystopian future in which nine megacorporations - the Illuminati - control just about everything. Originally conceived by Erik Bethke, Black9's lead designer and Taldren's CEO, it was part of a sleek tradition of cyberpunk fantasies, with a tumultuous storyline, a vivid world and heroic ideology: that one individual could take on a world dominated by heartless corporations and change it for the better. This theme is ultimately at the heart of interactivity, and as it turned out was also at the heart of Taldren. Black9 aspired to heights established by titles like Deus Ex. Behind its artistic beauty was an intricate and unique speculative vision; it was, in short, a world.

Taldren grew out of a team working for Interplay on the Starfleet Command games in the late '90s, and with Black9 made a bid for both true independence and the brass ring of game development: a AAA title composed of original (and studio-owned) IP. All of the company's founders and core members were long-time industry veterans; phenomenal computer scientists in some cases, brilliant people - but not a single trained manager or businessperson among them. They got by on intelligence and raw tenacity - the two forces that drove this adolescent era of the game industry, which, though few knew it at the time, was coming to a close.

Into the Inferno
The original IP AAA game is a brass ring for a reason: It's intensely difficult for first-timers to successfully pitch and land. Such games can't rely on the guaranteed sales an established license provides, so they must be sold to prospective publishers on trust in the developer alone. In order to leap into development quickly - necessary for a small studio that can't afford downtime - Taldren connected with Majesco, which, though relatively new to the AAA market, was at the time working on Advent Rising.