Like most people, I think my hobbies are pretty awesome. I also think it's pretty awesome when authority figures agree with me, which is why I drove four hours from my Middle-of-Nowhere, NY, college to Carnegie Mellon University in Pittsburgh, PA, to listen to professors, game designers and critics talk about videogames as an art form.

"The Art of Play: Symposium and Arcade," a joint venture by the Carnegie Mellon School of Art and Montreal-based Kokoromi, couldn't be more aptly titled. From 12 to 5 P.M., guests had free reign over a room populated with the most artistic videogames the industry has yet produced, from classics like Grim Fandango to newcomers like flOw. Sadly, the Commodore 64 blue-screened, so I never got to enjoy Moondust - allegedly the first "art videogame" - but there was plenty to keep me occupied.

After a day of nostalgic gaming, attendees sat down for a talk by Jesse Schell, CEO of Schell Games and former Chairman of the International Game Developers Association. "Play itself is a lot like art," Schell said. "It's one thing to talk about making games as art, but playing has a lot in common with art; play is experimental like art is, it's creative ... it's flexible ... it's immersive. You get in there and you're doing it, just like artists are immersed. Play doesn't know where it's going ... often that's the case with art, too; you don't know exactly what you're going to build." 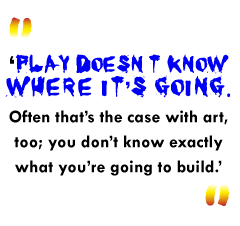 Randy Smith, a creative director at Electronics Arts and columnist for Edge, spoke about how his interest in games waned as he got older. "When I wanted to feel a certain type of emotional resonance in my environment, I was a lot more likely to turn on a song; or if I wanted learn something new about life and human experience I would usually turn to film," Smith said. "I really wanted to know why ... wasn't I connecting with games anymore."

After finishing work on the third installment of the Thief series, Smith set out to find out what games really meant to him. Eventually, he came to the realization that videogames, in addition to combining various art forms, possessed a unique quality: the ability for the player to author their own story. To make his case, Smith cited the Ultima series as a model for games with an artistic message.

"In Ultima V, as soon as you can leave your early state town ... you can walk right straight into the swamp and get totally eviscerated by a hydra," Smith said. "You can go out in the ocean and get killed. You could walk into a dungeon and get killed by a dragon. It's a dangerous world out there, and they didn't do a whole lot to make sure you were taken care of."

"As art, games carry messages ... Ultima teaches you that what you choose to do matters and where you go is going to have consequences," Smith said. "In modern games, somebody's watching over you. By the key standards, Ultima is more artistic; this is more honest. It describes the real world."

While Smith's comparison of the Ultima series to modern titles might imply games have lost their artistic edge, Schell nominated a more recent release as an "art game": BioShock.