The epiphany hit me a few months ago when my girlfriend and I visited her cousins' Long Island home. Their 14-year-old son and his friends were playing Guitar Hero III, and most of the group lacked skill. As the in-game crowd booed another wannabe rocker off the stage, my girlfriend's cousin delivered the stinging words:

Either the audience was particularly bloodthirsty that night, or this 14-year-old kid just pointed out how often death is synonymous with failure in videogames. Killing the avatar is a convention that sprung up in the medium's infancy, and the industry has yet to outgrow it.

One of the earliest videogames, Spacewar!, created in 1961, features two spaceships locked in mortal combat. Games like Centipede, Space Invaders and Frogger carried that idea of the life or death battle into the arcades of the 1980s. When consoles arrived, there was Mario, tripping on Goombas and shrugging his shoulders before diving into oblivion. In today's Age of the First-Person Shooter, kill or be killed remains the rule.

Certainly I'm not the first one to notice this. Kate Bevan probed the issue in an article for The Guardian, titled "Why do we have to die in games?" She explains dying and retrying as a way of extending a game's length, but leaves the biggest question toward the article's conclusion.

"So should games reflect real life?" she wonders. "Or should we redefine 'dying' in the context of games? Isn't it more like tennis, where you can lose a set but go on to win the game? Or are there bigger lessons to be learned from games?" 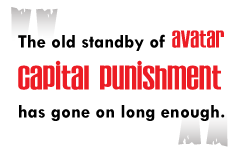 I think the old standby of avatar capital punishment has gone on long enough. There's plenty of unexplored territory in the medium of videogames, and this convention is getting in the way. Fortunately, there are a few games out there in the creative utopia of independent game development that specifically challenge the idea that failure is synonymous with death. More importantly, they present death in a way that's more meaningful than a cheap ticket to a respawn point.

Jason Rohrer cast the trivial nature of death in most games into stark relief when he created Passage. He conceived the project as a brief commentary on mortality, inspired by his 30th birthday and the death of a close friend. For five minutes, players are free to search labyrinthine hallways for treasure or press forward toward a blurry horizon. Joining up with a partner along the way makes treasure more valuable, but she also makes it harder to traverse the maze. When time runs out, a gravestone appears where the character once stood, leaving the player with only a score and the experience of playing.