In the world of MMORPGs, money is time. The spending power of every gold coin is directly related to how long it took to earn. Buy gold, and you're able to bypass hours of grinding and arm yourself with desirable gear without the mindless farming. Lose gold, and you could be set back weeks or months of in-game effort.

So it's easy to imagine my reaction when I learned my mumbling little brother had lost three months of his life.

I'm getting jealous of my little brother as I listen to Mom. I reach into the fridge, grab a piece of string cheese, close the door, lean against the island in the kitchen, open my snack and contemplate.

She neatly chops celery on the cutting board. "I know it sounds like a good idea, and that he would like it, but remember when you were in second grade and going to St. Joseph's Grade School for the first time? You wanted the fancy pencils with all the basketball teams on them. You left with the entire league and came home with only the Seattle Supersonics. I don't want that to happen to your brother. What would that be the equivalent of? Him leaving with a light saber and coming home with a rock tied to a stick?" 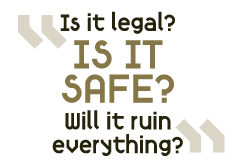 Agreed. Getting Bill Guild Wars gold for his 12th birthday is a risky venture. I'm not sure where they came up with the idea, but my parents seem caught in the situation and have come to me with some questions. Is it cheating? Is it legal? Is it safe?

"Will it ruin everything?"

Leave it to my parents to take the Alexandrian approach to a Gordian knot. For a couple who can barely Wii bowl, they have educated themselves on gold farming, transaction practices and the legal consequences of playing with purchased gold. But they wanted me to tell them whether it would take the fun out of the game.

A thin strand of string cheese dangles from my mouth. "Think of it this way. If you get him this gift, it will let him play the game as if he has sat there for about 200 hours. It takes the boring part out and lets him jump right into the fray. Normally I'd say earn it yourself, but he's busy with school and loves to play. I think it's a great thing for him."

Picking a supplier should be easy enough, though dear old Mom makes it complicated. With an open notebook and pen, she scrolls down the eBay listings taking down names and convincing herself every digital gold dealer is cracking a whip in a sweatshop crammed with oppressed Easterners. After three hours and several "Gold Farming" searches on Google, a young man listing himself as a college student trying to help pay for groceries wins her trust. She places her faith in his good-natured made-in-America demeanor and "Turquoise Star" seller rating. Dad comes into the computer room, double checks that the right card is charged, gazes out the window at the rusting basketball hoop, sips his can of Coca-Cola and tells me he wants me to go in place of Bill for the exchange.

Mom agrees. She thinks the deal may go sour and offers to drive the get-away dragon. Dad advises I carry a cleverly concealed magic wand. The deal goes down while Bill is still in school.

Truth in Fiction Will Hindmarch 9 Comments