Burnout Paradise came out a year ago, but time flies when you're hurtling through billboards and ramming your opponent's sports coupe into a wall. Soon after they shipped the game, U.K.-based developer Criterion Games announced the "Year of Paradise," a rolling series of downloadable updates that would refine and expand their ambitious open-world vision of Burnout, with an emphasis on seamless online play. They promised game-changing content for free. Could it work? With over a million registered online users and an enthusiastic, frolicsome community of fans, the experiment appears to have paid off. (And with the imminent release of new premium content, it should soon start paying dividends, too.) 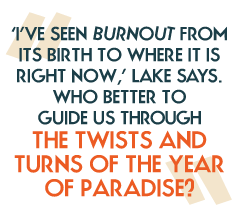 Senior Producer Pete Lake started his career at Criterion 12 years ago as a junior artist, and now oversees development and delivery of Burnout's downloadable content. "I've seen Burnout from its birth to where it is right now," he says. So who better to guide us through the twists and turns of the Year of Paradise?

The Escapist: Criterion reinvented the Burnout franchise for its debut on the Xbox 360 and PS3. Was DLC part of that planning process?

Pete Lake: We always thought about how we could support Burnout Paradise after it was released. We had ideas of what we thought people would love to do in the game, but we wanted to be consumer led. So we had plans, but we didn't agree on exactly what we were going to do until it was out there and we could see what people thought.

TE: Wasn't announcing a year of free updates quite a risky commitment?

PL: As a studio, we made that decision. We wanted to move away from games being "fire and forget" - you stick it in a box and put it in a shop. We made a conscious commitment to follow it through, and that's informed everything we've done in the past year, from the game updates to the website, forums and CrashTV podcasts.

TE: The ubiquity of online access means games can now be released with a few bugs, then fixed with a downloadable patch. How important was it that Burnout Paradise was robust when it shipped?

PL: It was vital. The first and most important thing for us was to get a strong, solid boxed game out there because if you don't do that, you lose people at the first hurdle.

TE: After an update of tweaks and enhancements last April, the major Cagney update came in July ...

PL: That was the first game-changing content. It was a huge offering. It was free, but there were three new game modes, new cars, the live news page ... it was almost too much in one thing. We found it hard to make people understand how much they were getting. But it got a big positive reaction.