Call me old fashioned, but I still raise a skeptical eyebrow whenever I hear about a friend falling in love with someone he or she met on the internet. I'm not alone - making fun of online dating is a staple of mediocre sitcoms and Archie comics. Yet these relationships have become a fact of life in the gaming world. Hop into your favorite MMOG, and you'll probably encounter real-life couples who game together, couples that met in-game but took their relationship outside it, or couples that are strictly an online fantasy.

For the past three years, my MMOG of choice has been Yohoho! Puzzle Pirates, by Three Rings Design. Puzzle Pirates is unlike any other MMOG on the market. Most items in the game are inconsequential - instead, your performance revolves around your ability to play puzzle games. There is no grinding, and all outcomes of PvP and PvE battles are determined by pure skill. But what makes the game most unique is the way in which it's become a breeding ground for meaningful relationships, both online and off.

By appealing to a niche audience, Puzzle Pirates typically attracts players that share common interests as well as a level of intelligence and maturity well beyond that of the stereotypical gamer. According to the most recent player census, the vast majority of players fall into the same older demographic.

Puzzle Pirates isn't perfect. Its cartoonish design also attracts a young crowd, not to mention plenty of casual female players. There are still strangers who publically request a girlfriend or boyfriend. In a way, it's like Unichat all over again, where big-eyed avatars announce loudly to the room that they're about to engage in some cyber-play before proceeding to do so in ways that defy even the Kama Sutra. 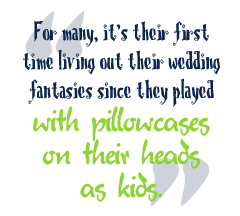 But look beyond the immature and inexperienced population for a second, and you notice the sheer number of successful bonds that players have forged. In the last three years, I've watched many players hook up in-game, whether they be in their 20s, 30s or 40s. They flirt and giggle in game chat and stay up all night talking in Ventrilo. They frequently organize in-game marriages, even though Puzzle Pirates doesn't have a built-in system for it. I suspect that for many, it's their first time living out their wedding fantasies since they played with pillowcases on their heads as kids.

Many of these relationships seep into real-life and work out extremely well. The official Puzzle Pirates wiki has a page dedicated to telling the story of real-life couples that met through the game. As of this moment, around 20 known couples have gotten married. But by far the most notable of the group are the two Ocean Masters, Hypnos and Hermes.

Letters to the Editor: Of Love and Games The Escapist Staff 0 Comments