The economist Joseph Schumpeter used the term "creative destruction" to describe how innovation creates new markets while bringing ruin to old ones. In San Francisco earlier this year, we got a glimpse of how this concept might play out in the games industry. 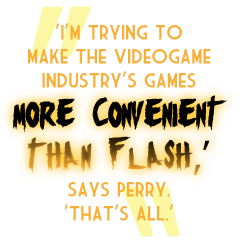 OnLive, a service that promises to deliver the most sophisticated games to consumers without requiring consoles or high-end PCs, trumpeted its Schumpeterian challenge to Sony, Microsoft and other hardware manufacturers at GDC. The idea is that OnLive will transform the tubes of the internet into controller and video connections. Games will run on OnLive servers, and the internet will carry players' commands in and real-time video out - streaming games, in other words. Though OnLive's debut prompted skepticism, it's success could effectively render most current gaming hardware obsolete.

Not long at all after OnLive's appearance at GDC, two other businesses stepped forward to offer their own solutions for streaming games: Gaikai and Otoy. Their near simultaneous debut alongside OnLive could signal a historic wave about to hit the games industry. If streaming becomes the dominant model for game distribution, then we'll see disc-based gaming overturned at its crest, at the very moment when it threatens to submerge all other entertainment media. To get a sense of what this change could mean, The Escapist spoke with David Perry of Gaikai, Jules Urbach of Otoy and David Helgason, CEO of Unity, a software company that specializes in development tools for making streaming games.

OnLive makes its service clear. You pay them a fee and either download their plug-in or hook up their "MicroConsole" to your TV. Then, you go online, browse their game catalog, choose a game and play it.

Gaikai and Otoy haven't said quite how their models will work, but they'll amount to something similar. "I'm trying to make the videogame industry's games more convenient than Flash," says Perry. "That's all."

Streaming technology seems to help developers by eliminating both the console middle-man and PC system requirements, which dramatically shrink their potential customer base. But it also poses challenges: It could place more computing power in the hands of developers than they know how to leverage, and it could enable a tempting but tricky new business model.

First, power. Jules Urbach is the CEO of both Otoy and LightStage, the company behind a new video capture technology that produces ultra-realistic computer graphics. Urbach thinks moving games from consoles to servers will result in never-before-seen levels of graphical realism.

He argues the hardware arms-race we see among gaming platforms today will always result in a compromise between quality and price. A console manufacturer must always develop an affordable platform to gain the largest possible installation base. "Can it ever compete with what you're going to get on the highest-end device? Probably not," says Urbach. "And even if it does, there's something beyond that." The Cloud.