Every round of layoffs was followed by assurances that no more would be needed. Within hours of each bloodletting, we were assured that we had nothing to worry about. It broke my heart, because I could tell the ones tasked with giving that information - management and human resources - were just as scared and uncertain as the rest of us. They hired us, they trained us and now they were forced to say goodbye. They weren't just losing valued employees - they were losing friends and needed assets. 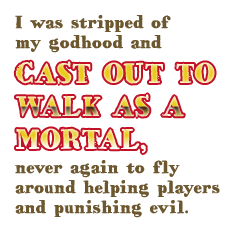 End of the Road

By January, the team's optimism was ancient history. Our game had been beaten into submission by gold farmers, cheaters and WoW's new expansion. Every GameStop and Best Buy I visited had buried WAR deep on their shelves. It seemed like the world had forgotten about us and our promising new game. And if the overall dread of getting laid off and losing the chance to be a part of the gaming industry wasn't bad enough, we all knew the waters of the job market we would be tossed into were dark, cold and shark-infested. There was no more laughter; everyone just kept their heads down and did their jobs.

In February, the Big One finally hit. This one was supposedly due to the parent company's financial woes, not our subscription numbers - those had actually stayed fairly constant for the last few months. People from every department left the building in groups as large as the one we trained with just six months before - and I was among them. I was stripped of my godhood and cast out to walk as a mortal, never again to fly around helping players and punishing evil. In the real world, I was stripped of my income and forced to employment-grind, seeking random tasks from strangers.

I still visit the lands of Warhammer occasionally. I doubt the subscription numbers will ever be what they once were, but fresh content, new Mac compatibility and news of a merger with BioWare give me hope that Praag will burn for years to come. My friends and guildmates have left, but the servers remain populated with familiar faces that I used to watch over. I miss the days when all these misanthropic marauders worshipped me as a god, but I'm happy knowing I had a part in shaping the future of this world. For now, I'll just have to equip my strongest resume, ready my suit and tie buffs and proudly broadcast "Looking For Job" in every public channel I can.

Jeremy Monken is a freelance graphic artist and journalist. In other words, he is unemployed.

The DM Is a DJ whindmarch 24 Comments
Comments on