Designing your own games as an independent is hard work, perhaps even more grueling than working for an employer. It's especially hard when you're working far from home - like in, say Tokyo, Japan. 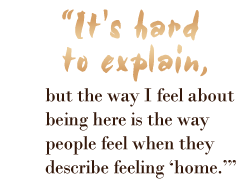 The first challenge is the lack of affordable living space in the crowded city. "It was a pain in the ass trying to fit a PS3 development kit in the tiny space between my desk and dresser," says Mark Cooke, of his time spent working for No More Heroes developer Grasshopper Studios before striking out on his own in Tokyo. In addition to creating his own games, he worked as an independent consultant in Japan until earlier this year.

James Kay is the cofounder of Score Studios, a small independent game studio in Japan. "I don't have typical days. One of the great things about working from home is that you can do whatever the hell you want, whenever you want to," said the British expatriate about working on his own games.

But why choose Japan to set up shop when it would be immeasurably easier to create an independent game studio in your home country? "As a lifelong gamer, I was, of course, aware of the huge influence the Japanese game industry has had over the years on the game industry as a whole," says Cooke. "I wanted to see firsthand how development approaches in the U.S. and Japan differed."

Tokyo, especially, has a certain appeal. "It's hard to explain, but the way I feel about being here is the way people feel when they describe feeling 'home,'" says JAB, a relative newcomer to Japan from Dublin. JAB, who chooses to be professionally identified by his initials, is different from Cooke or Jay in that he designs games for Sky TV, the British satellite television provider, creating motion controlled webcam games for their website. As an independent developer, though, he can live anywhere his heart desires, and that is Tokyo. "I've never had that anywhere else. It's a huge place. It's safe, polite and clean. Quite the opposite to Dublin."

Cooke echoes JAB's affinity with the huge Japanese capital. "Some time after my 26th birthday I decided I wanted to try living somewhere completely different. Tokyo was about as different of a place as I could have chosen."

Kay has a much more gung-ho outlook than Cooke and JAB. When he was asked why he decided to work out of Japan, he simply said, "Why not?"

Both Cooke and Kay first came to the island country to work in the Japanese studio system, but they found their creativity was stifled working for the giants. Companies in Japan do not usually allow individual workers to express themselves through their work. The project director is the auteur and all work is done in the pursuit of his or her vision. "I know my decisions didn't really affect the game. I never had as much ownership over a game as I had even in England." Kay says about his time in Japanese game studios. However, when asked about his company's most recent releases for the iPhone, Bail Out and the sheep herding sim Flock It!, he proudly states, "They're like our babies. It's us."