The Phoenix Wright series aside, videogames and lawyers don't make the likeliest of bedfellows. Nevertheless, 2009 proved to be a bumper year for game-related lawsuits. No Doubt and Courtney Love pointed the finger at Activision for improper likeness use, EA played tug of war with Activision over the IP rights for Brutal Legend and Take Two fired its judiciary torpedoes at 3D Realms for failing to deliver Duke Nukem Forever to deadline and budget. And with the industry's third largest publisher now squaring off with one of its subsidiaries over the highest grossing game of all time, 2010 doesn't look any prettier. 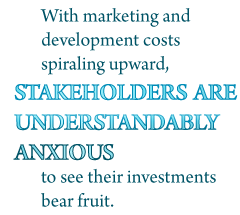 Over the years, game creation has become an increasingly multi-faceted operation, with one AAA title alone potentially drawing in any number of publishers, studios and licensees. With marketing and development costs spiraling upward, all of these parties are understandably anxious to see their investments bear fruit (or at least insulate themselves from financial harm). That means the window for legal hoopla could open even wider as a result

But while that could result in more games beset by long delays or outright cancelations thanks to their stakeholders' legal quarrels, these cases also often become touchstones in the hobby's ongoing development. The lessons learned from legal action are necessary for the advancement of any industry. Developers learn from the mistakes of others, and as these examples are about to show, videogame companies have made plenty of mistakes.

What is often considered the first pivotal legal battle for the games industry occurred in 1984 when Universal and Nintendo butted heads over likeness issues between the 1933 movie epic King Kong and Donkey Kong. With the games industry fast losing credibility in the wake of the recent market crash, the odds were stacked against Nintendo. Unbelievably, the developer emerged victorious due to the movie license existing in the public domain, rendering it free to be used by anyone. Judge Robert Sweet even ruled that Universal's game tie-in of King Kong was derivative of Donkey Kong and awarded Nintendo a whopping $56,000 in royalties.

Events would come full circle in 1991 when a seemingly unstoppable Nintendo locked horns with gaming newcomer Sony over its early SNES-CD prototype. Dissatisfied that Sony's contract gave them control over all titles published on the console's new CD format, Nintendo withdrew from the deal and threatened legal action.

As such, development of the "Play Station," as it was then called, could continue only if it retained a SNES cartridge slot and the name. Sensing it was onto a good thing, Sony skirted around the legal challenge by removing the cartridge slot and the space between "Play" and "Station." The manufacturer would then launch the PlayStation worldwide in 1995, changing the face of the hobby and gaining ground as a powerful new force in the industry.