Ever since my husband and I decided to have a family, I wanted to raise a geek, a gaming geek, preferably. We nurtured our little girl accordingly, giving her a huge D20 that she couldn't swallow, letting her watch less violent games like Katamari Damacy (where her developing brain surmised that to play videogames, one must push the PS2 joysticks around and mutter "dammit" over and over again), and encouraging her to save up for her own Nintendo DS. A pink one. 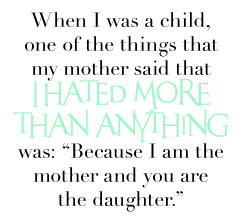 And we succeeded. She's into Pokémon, Lego Star Wars, Mario Kart, Plants vs. Zombies, and Ratchet and Clank. She loves games, comics, and can school anyone in boxing on the Wii. We succeeded!

However, we are aware of the need for reading, and outside play. So we keep media time (anything in front of a screen: television, computer, Nintendo DS, mommy's iPod Touch) to a strict one hour per day on weekdays and two hours on weekends. Like any kid who would eat dessert first if allowed, she gets up early to spend all her free time playing her DS before we even get up. Luckily, we're still in the honesty stage; she tells us when she's out of media time.

It's hard to raise a kid. Parents scoff at the use of the TV as a babysitter, but we've all done it. I have a friend whose child wasn't as verbal as the pediatrician thought he should have been at age 2, so she suggested a little bit of TV, and Elmo actually encouraged the kid to start talking. Any stay-at-home parent knows that spending the day playing, loving, and stimulating your perfect little flower is as much of a dream as a car without graham crackers ground into the seats. There are things to do, a house to keep, and adults to talk to so that your vocabulary isn't reduced to "cookie," "doggie," and "NO." So, we've used the TV as a sitter; we just try to impose limits on the glowing, flickering screens that are so fascinating.

One of the hardest things that I've discovered as a geek gamer who is now a parent, is that I give myself different rules than my daughter, and I'm starting to feel a bit hypocritical about that.

I work online all day. When I do laundry or clean the family room or kitchen, I usually have the TV on. After the kiddo goes to bed at 8:30, it's my relaxing time, which means I inevitably turn on the TV or the PS3 (or watch my husband play PS3 games, if it's his turn). Despite the fact that I have to work online, which means that my screen time has to be over six hours, I place no limits on myself for recreational media time. I don't make myself read every day, like we do for her.

On one hand, yeah, I'm the adult here. I work all day; I take care of my family. I deserve a break. I'm an adult, which means that I can do whatever I want. But I have to admit that, when I was a child, one of the things that my mother said that I hated more than anything was: "Because I am the mother and you are the daughter." It didn't seem fair that different rules applied to us.