For its third expansion of World of Warcraft, Cataclysm, Blizzard is cutting things out. Numerous stats are being changed or removed. Confusing or redundant attributes are being reconfigured. The game is being simplified, which begs the question: why? In an official thread on the company's forums, Blizzard said, "Our ultimate goal is make gear a more interesting (and less confusing) choice by making each stat valuable to more players."

Opinions concerning this are mixed. "Why are they changing things again?" "They're dumbing down the game!" "Finally!" My opinion falls with the latter. Complexity does not indicate strategic depth; it can obscure attempts at strategy. In order to make a meaningful strategic decision, the player must have a clear view of how it affects his game. A choice from which the consequences are impossible to predict results in no real choice at all, especially in a game as reliant on tweaking your character as WoW. 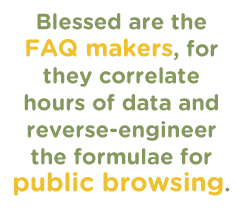 WoW's predecessors, tabletop board games & RPGs, didn't have computer processors to calculate fine outcomes. The players had to process the mechanics themselves. If they didn't grasp the system, then they didn't play it. Understandable rules were a requirement. With the advent of computers, however, more of these mechanics were hidden in the background where the developers could make finer changes to them and keep them from cluttering up the player's view.

As a result, many attributes did not make sense to the player. Take the Luck stat in computer RPGs like Oblivion. It usually affects critical chances, evade rates, and other nebulous odds. Its precise effect is rarely explained; most players simply have faith that it does something and leave it at that. Now suppose that a player has to choose between a helm that gives +40 Defense and a helm that gives +40 Luck. With such little information on their effects, how do players choose?

Unfortunately, they react the way that humans always have when confronted with the unknown: rituals and stories. The Aztecs sacrificed humans to strengthen their gods. Baseball players don't change their socks during a winning streak. We focus on 1 or 2 stats exclusively, or make sure they're all as even as possible, or save certain sets for special occasions with just the barest notion as to why. We worship numbers that we barely understand.

Among the player base, however, there are scientists: people who aren't content with vagueness. Blessed are the FAQ makers, for they correlate hours of data and reverse-engineer the formulae for public browsing. And some of them are complex - percentiles multiplied by percentiles, diminishing returns, damage reduced by armor, which is in turn reduced by armor penetration, nested fractions so tangled that most people are tempted to call in an algebraic exterminator to gas the program for rogue parentheses. This is the end result of game developers who spent years not caring whether the players understood their mechanics. Most people couldn't make heads or tails of it, but some people could, and, once they post the solution, then all strategy ends.