It wasn't enough to just do cute, and, unlike most Western creators, Tezuka was not limited to any one style. From his first graphic novel to his death, he completed around 700 manga, somewhere in the order of 150,000 pages. More than just prolific, Tezuka also fathered modern anime in Japan, leaving the culture some of its richest resources from which to continue to build, including Metropolis, Princess Knight, and Black Jack. Today, the fruits of Tezuka's labor have created a multi-million dollar industry in the U.S., not to mention catgirl cosplay. 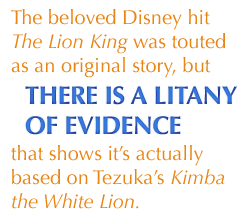 Although this might sound like a lot of the early influences of Japanese animation and comics come from the U.S., the exportation of anime to the West has contributed just as much to American culture. My first memory of watching anime was the classic Voltron series in the '80s, and I'll admit that I had a little schoolgirl crush on villain, Lotor. Although Voltron was heavily edited, it was fascinatingly more complex than My Little Pony stories and was set in an interesting universe. The impact on my childhood was unforgettable, and not idiosyncratic; many others shared my love for Voltron, though I doubt that they watched the VHS tape until it literally melted.

Of course, Voltron wasn't the first anime released in my country, and it wasn't the only one, either. Star Blazers and Robotech were among the first clear examples, but other cartoons emerged from weird influences. The Japanese toy Diaclone, which were toy transforming vehicles, would later become Transformers comics, animated cartoons, and now a major motion picture franchise grossing over $700 million. Interestingly, Diaclone was designed by future Macross creators Shôji Kawamori and Kazutaka Miyatake. Another show (and a fan favorite) called Thundercats, though written, voiced and produced by Westerners, was animated by a Japanese studio.

The beloved Disney hit The Lion King was touted as an original story, but there is a litany of evidence that shows it's actually based on Tezuka's Kimba the White Lion. Though the names have been changed (Kimba to Simba), it's yet another example of the far reach of Japanese storytelling. Considerable cross-pollination between cultures has lead to Disney holding a large market share in Japanese television with Disney XD and Disney Channel Japan. They're currently airing shows like "Secret Idol Hannah Montana," and, with millions of subscribers, Disney is resonating with Japanese viewers.

Captivating the youth audience in both the U.S. and Japan with children's entertainment seems to bypass potential culture barriers, possibly because young people have yet to be fully indoctrinated in their own culture to automatically reject outside influence. Still, a confluence of interest in that "outside influence" and American indoctrination has engaged older audience's excitement for more "mature" anime like Akira and Ghost in the Shell, which doesn't bear the typical cuteness. Predictably, hard-wired culture exerts its influence monetarily. Though anime is a multi-million dollar industry in both countries, anime movie popularity in Japan doesn't seem to hold much bearing on whether a film will become a success for English-speaking audiences. Spirited Away and Princess Mononoke were all-time box-office hits in Japan, while, in the U.S., Pokémon: The First Movie outperformed both of them combined (and multiplied).

Editor's Note: Back to the Drawing Board Russ Pitts 8 Comments