So, I get on the Twitters, and I say, "Hey, I see that Lord of the Rings Online is free to play. Anybody play/played it? Thoughts? "

And before too long, the responses start flitting in. Little moths caught in waiting hands.

I get some thumbs-up ("a charming MMOG with a sense of awe"). [wordwill] 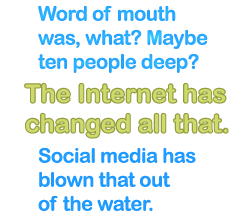 Then come the thumbs-down ("LOTRO has all the shortcomings of a licensed title built on a WoW clone. Exploration feels good, but that's about it"). [jachilli]

Not long after, a guy links to his own blog review, in which his response is somewhere in the middle ground. In one part he notes, "This game takes [grinding] way fucking beyond reason. To increase anything, you need to kill about a trillion fucking things," but also makes clear, "Unlike World of Warcraft, where the development team dedicates itself to making the game playable by brain-dead pigeons, Lord of the Rings Online has complexity in its gameplay. The amount of ways to build a character via gear, the Trait system, and other sources is staggering - and that makes it fun." [Scionical]

Finally, a little dash of hearsay ("I haven't played it ... because I've heard mediocre things"). [morganc14]

And that's just after the first ten minutes.

Two responses to that from people I trust: "You don't pay for MMOG's with money, you pay for them with time." [rdonoghue] And, "It is not worth free. An MMOG player's only valuable resource is time. Get in, see the pretty, then drop it." [jachilli]

The key words up there? "From people I trust."

Word of mouth is a powerful thing. It's immeasurable. It's unquantifiable. And it's bigger than ever.

Consider that, once upon a time, word of mouth traveled in tight circles, moving in tight whorls of breath and voice - little dust devils dancing this way, and that.

The guy in the next cubicle tells you about a movie he saw over the weekend, wants you to know that it was a real dog, a crap-shellacked snoozefest, a total cinematic abortion.

Or maybe your mother "heard" about this great new television show. Lost. Or Desperate Housewives. Or Burn Notice. Or Lost And Desperately Burned Housewives.

Then your sister tells you about this new indie flick. Or an iPhone game. Or a new book you should read.

The Internet has changed all that. Social media has blown that out of the water.

Are reviews even necessary anymore?