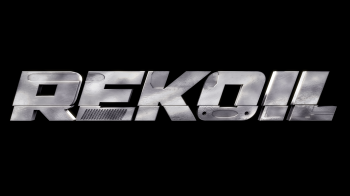 Rekoil isn't looking to redefine the genre, focusing instead on balanced maps, weapons, and gameplay.

If you've never heard of it, Rekoil is a budget shooter in development by Plastic Piranha, which is slated for a mid-October release via 505 Games on PC and Xbox Live. When I say "budget," I mean that you should be able to pick it up at release for under $15, or roughly a quarter the cost of your other favorite shooter. Plastic Piranha isn't trying to do anything fancy and new in the genre, since they feel that shooters are already in a good place. Instead, they want to offer you the tools you need to customize the game to your own style, balance every element of gameplay to ensure that each match is an exhilarating experience, and provide seamlessly integrated Twitch features for both personal streaming and eSports exhibitions.

Now, as far as the game goes, I have to admit, I'm no expert on shooters. Sure, I've played through the campaign of nearly every Call of Duty to date, and spent countless hours in Zombie mode on every other release since World at War. When it comes to multiplayer, though - and multiplayer is the only option for Rekoil - you'll find me a bit lacking. I've never prestiged, and my kill-to-death ratio is usually a decimal, and often a small one. That said, I was a little reticent to sit down and play Rekoil, given the target audience of QuakeCon. They convinced me, though, and, after a 20-minute Capture-the-Briefcase (Capture the Flag, only with Briefcases!) match in the Sawmill, I was glad they did. Despite dozens of deaths, I managed to eke out 33 kills, not to mention capturing the game-winning briefcase after five grueling minutes of overtime. This experience is something I'm not accustomed to in shooters, and, while I can't say whether it was because I was finally playing a shooter on PC (I'm typically a console gamer,) or the balance that Jason Brice of Plastic Piranha talks so passionately about, it was fun, even for me, and that's saying something.

At launch, the plan is to offer 10 maps and seven gameplay modes. As with the spirit of Rekoil, the game modes are pretty typical fare, from good old fashioned Deathmatch and Team Deathmatch to Capture the Briefcase and Domination. Servers can accommodate anything from very personal 2v2 heads-up matches to larger, more chaotic 12v12 battle royales. Offering upwards of 40 weapons distributed across five customizable classes, you'll never need to unlock new tiers of weapons, just pick what whatever tickles your fancy.


While the gameplay and modes will be largely familiar, Plastic Piranha is doing one thing a bit out of the ordinary in the field; they are looking to provide the tools to you, the player, to put your own spin on the genre. Via Steam Workshop, you'll be able to create your own custom maps, gameplay modes, and even weapons for Rekoil, which they're counting on to lengthen the lifetime of the game. In theory, the top-rated maps from the PC might even get pushed to the console, allowing greater visibility for the modding community among console gamers.


In addition to embracing the modding community, Rekoil wants to welcome eSports and Let's Players into the mix. Plastic Piranha is working to integrate into the eSports fold now, and Rekoil will be providing features like a free-roaming spectator mode as well as Twitch integration for easy streaming access. While the more prolific streamers probably don't really need the help, this will make it a lot easier for new streamers to get started, which is something of a boon for the less technically inclined out there who still want to show off their skills.

Ultimately, whether or not you need another generic shooter is up to you, but given that you'll be paying under $15 for an enjoyable customizable shooter plus mod tools to play with to your heart's content, you're looking at a fairly decent deal. It's not going to wow you with hyper-realistic graphics, impress you with a drawn out narrative, or show you what's been missing from the shooter genre all along. What Rekoil will do, however, is offer well-balanced gameplay on a number of new maps and familiar modes.