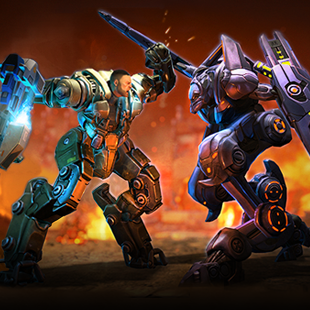 I've never been shy about my love of XCOM, even if The Bureau left a bit to be desired. It should come as no surprise that I was ecstatic when I found out I'd be getting hands on with Enemy Within, the upcoming standalone expansion for 2012's strategy masterpiece, Enemy Unknown. While I wasn't quite convinced that it would be able to improve such a stellar gameplay experience, everything I saw makes me less cynical about the prospect, and more hopeful that it will be exactly what every XCOM fan never knew they wanted.

The best thing about Enemy Within is that the new additions seem to complement, rather than replace, the existing class structure. Where you might expect the mech soldiers to take the place of your Heavy, instead they offer a whole new suite of specs and abilities that make them part of the larger team. You will certainly want to reconsider your class structure within your squad with the new mech-equipped soldiers and genetically modified troops.

The driving force of the new additions is a resource called Meld. The origin and specifics are a little nebulous at present, but the practice is pretty straight forward. Most maps you play will have two timed Meld deposits, one of which will be more readily accessible than the other. This applies to the abundance of new maps, as well as classic EU maps. You'll have a limited number of turns to collect the Meld before it expires, explodes, or some other ill fate befalls it. It's very much akin to the bomb missions from EU, which gave you a limited number of turns to find and disarm the explosives. Once you've accumulated sufficient Meld, you'll be able to spend it to upgrade your soldiers via Mech armor or genetic modifications.


You can modify up to five body parts of each troop, ranging from the legs to the eyes. The modifications themselves are based on alien tech, which you'll acquire from performing autopsies. After autopsying a Thin Man, for example, you'll be able to give your troops their ability to leap up onto roofs, something previously reserved for Thin Men alone, which is particularly helpful for Snipers getting into position to take a headshot. Alternately, an undisclosed autopsy will allow you to modify your troops with regenerative tissues, giving a small health regen every turn. You should even be able to respec your genetically modified troops, in case you decide that you'd rather have regen over leap or vice versa, which is a departure from the permanent nature of talent tree selection in Enemy Unknown.


There was a bit less information about the mechs available, but I did get to play with a pair of them in my team, as I investigated a crashed alien ship. There are apparently three tiers of mechs, with various ability sets. One such tier was wielding a flame thrower, which offers decent damage in a cone, though you'll need to be careful, as friendly fire is a real threat, and the enemy Mechtoids (Sectoids wearing their own version of mech armo) are immune to the attack. The higher level mech was able to turn itself into mobile cover, much akin to the SHIV that you probably took onto the field once or twice and gave up on. Additionally, there's the huge melee attack available to the higher level mech. Dealing 12 base damage, this is potentially the single most powerful attack in the game. It even comes with its own animation for pummeling sectoids, or grappling and beating down an opposing mech suit.

Another neat addition was the interaction between Sectoids and Mechtoids. If you recall, Sectoids had the ability to mind meld with each other, offering health, damage, and accuracy boosts. Instead of these combat buffs, when a Sectoid melds with a Mechtoid, it creates some sort of psionic shield, absorbing several damage, and, more importantly, diminishing the amount of damage received from heavy attacks. I tried my mech's melee attack on a shielded Mechtoid, and it destroyed the six-health shield, but the other six damage from the swing was completely negated. There's still the same drawback, however, in that if you kill the Sectoid, you'll deal some bonus damage to the melded Mechtoid, which can make for some fairly easy kills if you plan it right.

Enemy Within is looking to breathe new life into Enemy Unknown, hopefully just tiding us over until they can pump out a full-fledged sequel. If you enjoyed your time with EU, you'll be hard pressed to find much at fault with Enemy Within.