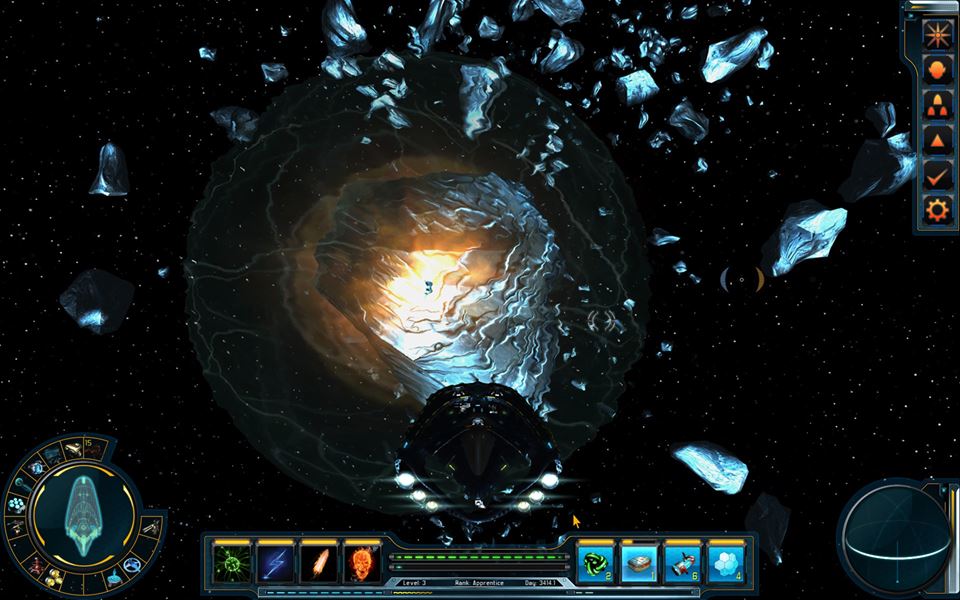 Like many space sims before it, Starpoint Gemini 2 takes place in the far off reaches of space, in this case, a distant region known as the Gemini system. With the area recovering from a brutal war and subsequent invasion by the Empire, players take on the role of a freelancer, put in command of a starship and set forth to explore the area, taking on various jobs and making friends (or enemies) as you choose with the dozens of factions that inhabit and vie for power and influence in the region.

Or at least, that's what's available to play in the game right now. Currently, Starpoint Gemini 2 is available through Early Access, but fair warning, the game is in alpha so don't expect many hours of gameplay to keep you occupied. There are many, many features that have either yet to be implemented or don't quite work as intended. For example. there are only the randomly generated freelance missions available to play, which range from assassinating hostile ships to scanning anomalies or repairing satellites, but don't really feel meaty enough to hold your interest for long. Plus, there are several other oddities, including items missing functionality and a lack of in-game collision as of yet, meaning you can sail right through asteroids without so much as a second glance.

But what is available in Starpoint Gemini 2 does show some promise. The Gemini system is open ended and large, and it can take several minutes to traverse from one end of it to another. It's also populated with tons of various space stations and celestial phenomena to check out while you do so, (although there is the occasional, annoying snag where the game pauses itself to load up the next region of space). Each station has its own mini-economy of goods, ships and items for sale, and there's also a robust reputation system linked to the game's many, many factions. Despite this, unless you're the type who enjoys spending time mapping out which station sells what items and where you can get the best price for them, travelling around can be a dull experience.

The most fun part of Starpoint Gemini 2 thus far is its space combat, which can be a challenging affair. The effectiveness of your ship's weapons is dependent on the turret placement on your ship, meaning you'll have to pay close attention to your maneuvering in order to ensure a target stays in both range and within the arc of your ship's arsenal. Thankfully, there's a handy "Fire at Will" option that lets the AI do some of the heavy lifting and fire most of your weapons for you (though sometimes you'll want to manually aim your turrets for better accuracy). The one downside to space combat is how brutally short it can be; far too often I'd leap into combat and find myself hilariously being torn to scrap by lasers and cannon fire before I could make a desperate escape or use an item to restore my shields. Still, nothing's more satisfying in the game right now then whittling down a larger, more heavily armed starship and then looting its burning shell for goodies.

Another aspect of Starpoint Gemini 2 that's impressive is the number of options you have to cruise around in the galaxy in - there are dozens of different ships available to pilot, from small gunships to bulky freighters to gun-heavy battleships, each with many different weapon systems, upgrades and items for you to pick up for your star-faring vessel. The extensive and almost confusing amount of customization available (provided you can grind up enough credits) means that you certainly have a great amount of control over your ship layout, but you may need write up a spreadsheet to get an idea of the pros and cons of all the gear available.

At this time, there's currently no scheduled release date for the full version of Starpoint Gemini 2, but if you're the kind of gamer who really enjoyed the likes of Freelancer and the X series, then you'll want to keep an eye on this game. You'll want to wait until there's more substantial content before jumping in on the Early Access version, however.