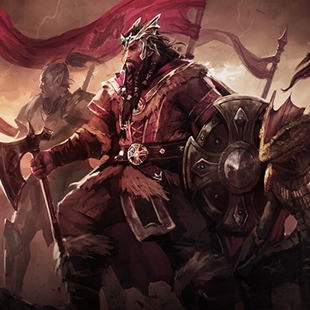 Several members of the Escapist Staff got their hands the beta of The Elder Scrolls Online and came back from Tamriel with a look at their experiences.

Greg Tito, Editor-in-Chief, says: Perhaps in some back corner of my subconscious I knew The Elder Scrolls Online beta key would be dropping in my inbox soon and I reinstalled Skyrim a few weeks ago. I got lost again in the snowy wilderness, completing side-quest after side-quest and loving every second of the 2011 GOTY a full two years later. The single-player freedom of the Elder Scrolls series was fresh in my mind, then, when I downloaded the ~21 gig install file to play the latest property to shake the MMO money tree. I'd enjoyed the times I'd gotten to play TESO at various press events and I was excited to see the whole of Tamriel online for the first time.

My first session didn't start off well. I happily spent about 20 minutes crafting my first character - a high elf battlemage, er, Dragon Knight, with a silver Mohawk and a bad attitude. Chardan was born, but didn't live long, sadly. Every character in TESO starts in Oblivion, in a shard of hell called Coldharbour devoted to the evil daedric prince Molag Bal. I arrived in a creepy prison cell, and a vision appeared to me and told me I must meet a half-giant lady -- my first quest! This was going to be great!

Except ... nothing happened. The prison cell door remained closed and nothing I did could open it. I jumped around the prison cell, looking ridiculous, trying to find the trigger that would let me out and start playing in this massive online world. Nothing. Frustration rose in the back of my throat. In the end, I logged out Chardan and tried again with a quickly created Khajit. No dice. 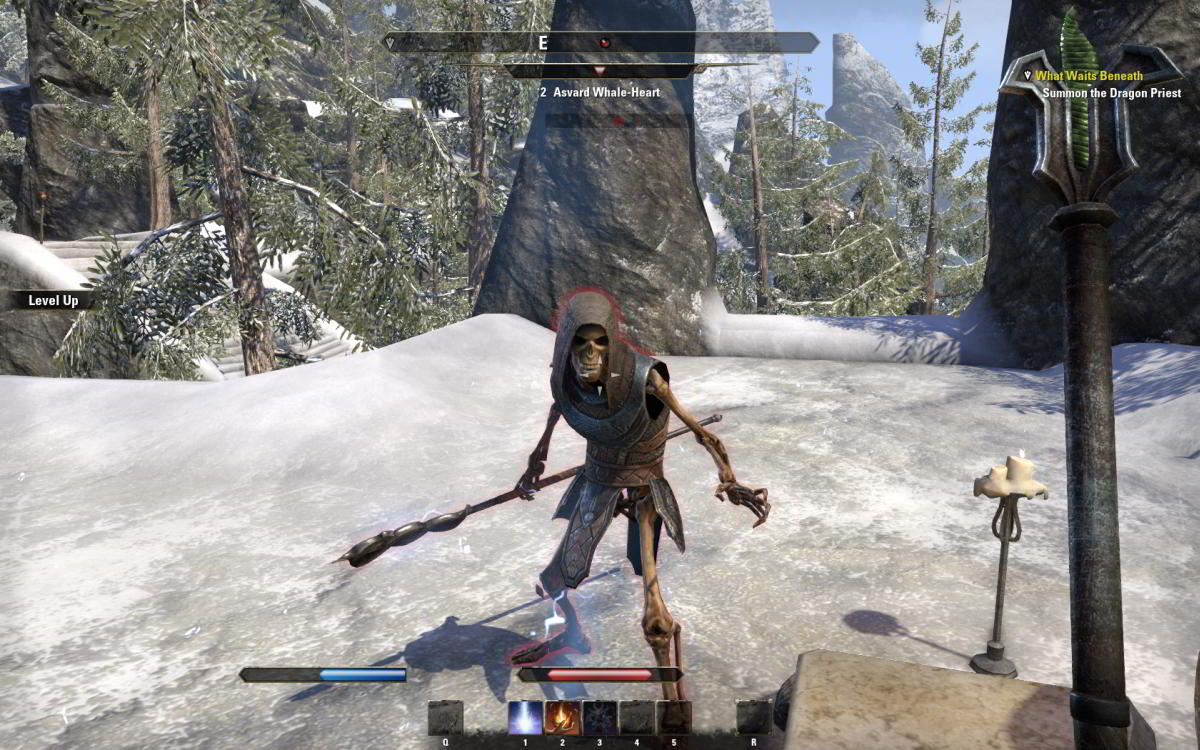 Finally, I rolled an Argonian templar just to see what would happen and, magically, another Argonian arrived to open the prison door. My adventure began, but I was playing a character and a class I didn't really want to. I kept thinking about what the problem was. I logged out, and did some more tests.

Apparently, I had encountered some weird bug that wouldn't let me start a character in one of ESO's three warring factions - I tried all 3 Dominion races of high elf, wood elf and Khajit but none of them had the cell door opened for them. Determined not to let a silly bug ruin my fun, I rolled a Breton and continued playing through all of the introductory quests in Coldharbour, meeting up with Paul Goodman and having a grand ol' time frying goblins together.

They say you never forget a first impression, but maybe that's just for romantic encounters and automobile purchases. Once I mentally decided to forget the bug, I really really enjoyed the first 10 or so hours of Elder Scrolls Online. Like the single-player games, there are so many hints at a larger, more complex political situation in the background but the player is usually only focused on short term goals. Mechanics-wise, there is a lot to explore from the novel skill point system and more action-based combat, to the intriguing crafting system.

I had a problem with spending most of time in Skyrim making iron daggers ... it seems I will soon be attending Blacksmithing Anonymous meetings in Tamriel.

It remains to be seen if ESO is worth a subscription fee - the PVP endgame will have to be superbly designed - but even with the odd bug I discovered, I'm still willing to devote more time to find out. It's not like Skyrim didn't have its fair share of bugs when it came out. 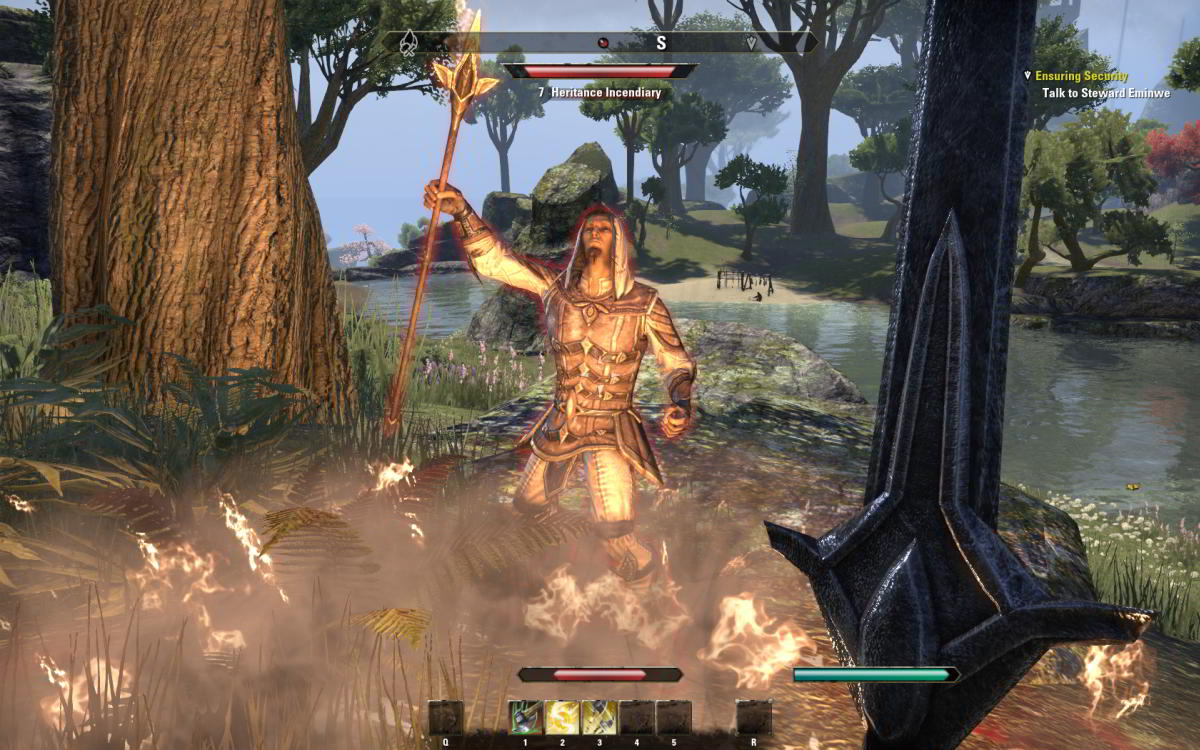 Jon Bolding, Senior Editor, says: When I first set out into the beta for The Elder Scrolls Online I made an Orc Sorcerer -- to follow my traditional Elder Scrolls scheme of Orcish Punchwizard. As I loaded in, I was confronted by an infinite spinning vortex against which I could make no progress. No, really, my game was bugged. It's a beta, though. What are you going to do?

A few days, and a fixed bug, later, I jumped into online Tamriel head first. It was a lot of fun, with combat significantly more fun that other MMOs - it completely ditches the strange cooldown cycle of World of Warcraft and its contemporaries for one I found much more fun, quick, and furious. I'd go from blocking, to interrupting, to casting a spell depending on what my opponent was doing, as opposed to some predetermined best order for using my abilities. I felt there was some skill involved - but not too much. Sadly, it was the combat, and needing a clear field of vision to see incoming attacks, that encouraged me to ditch the game's first person view within a few hours and never look back. It was simply easier to know who was going to get hit by AoE attacks and damage auras if I could see everything around me, not to mention spotting nodes for collecting crafting materials.

I was exceptionally and hugely pleased with the character creation and customization. I really felt like I had the ability to choose what I wanted out of my character. I was a sorcerer, sure, but I decided to wear heavy armor and dual wield weapons -- and it worked. Fantastically. Picking and choosing instant cast abilities from sorcerer spells, I was able to become a sprinting, lightning hurling dervish by about level 8. Even then, I had spend some of my points in the crafting system. While that concerned me some -- I had no idea if I was losing priceless points that would cripple me in later PvP because I'd devoted them to a PvE only ability - it didn't seem to slow down my steady steamrolling of quests. And that is what I loved the most. I was able to clip from quest to quest at great speed, never lacking for something to do. Though it should be noted that I was incredibly apprehensive at the outset, and the game provided only a handful of quests in early areas, it seems to have been by design and intended not to overwhelm new players. After about seven hours of play - a blink in MMO time -- I had five or six quests in my log most of the time.

Based on this beta experience, and given a few other Escapists to play with, I'm ready to buy into TESO on release.