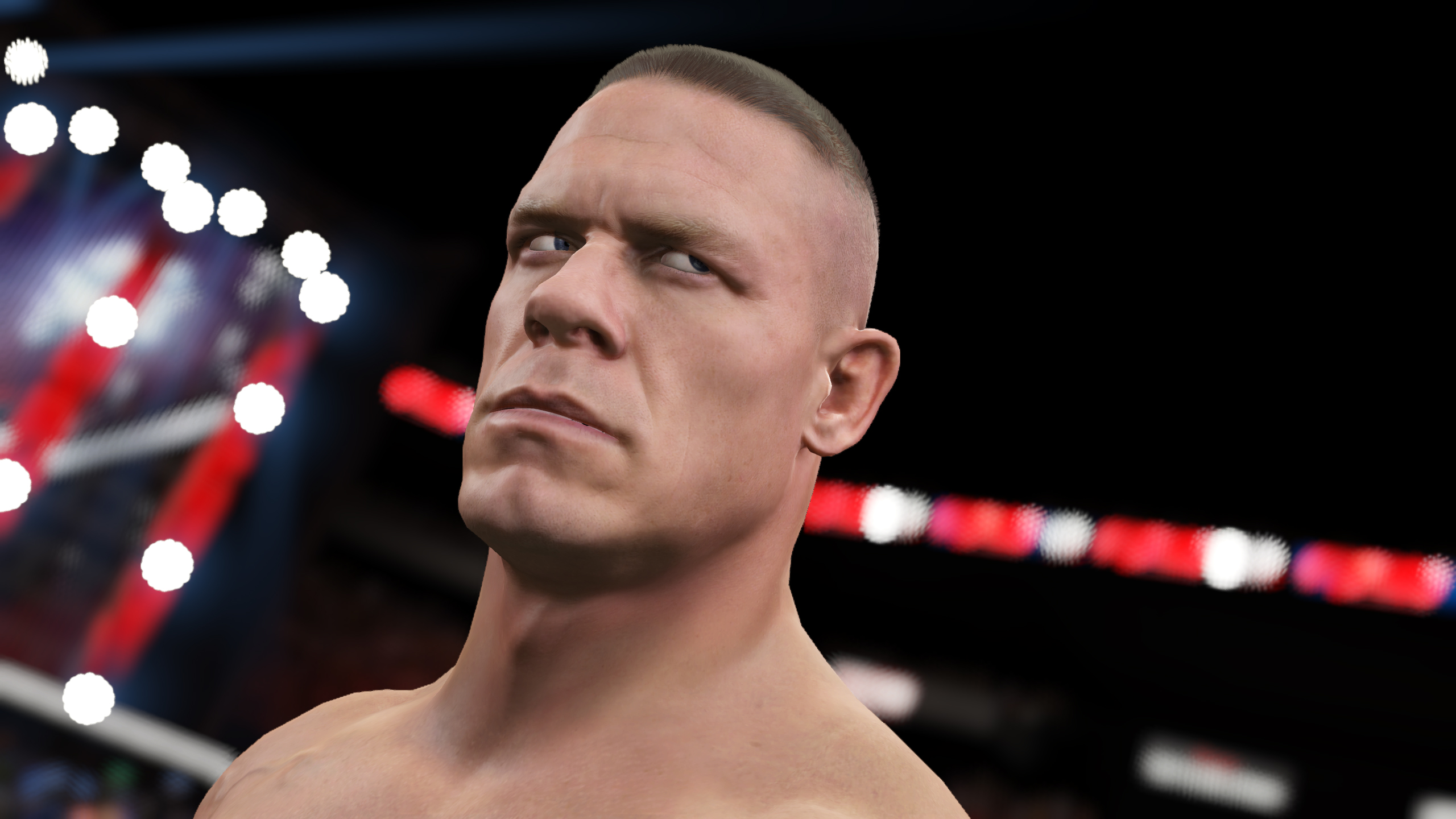 Professional Wrestling has been among the more popular sports to turn into video games since the medium's infancy, and it's not hard to see why: The colorful characters, built-in "match narratives," arcane rules that are somehow rigid and malleable in equal measure, character-specific move sets including nicknamed "finishers"... the two mediums share so many tropes and traits that it's near-impossible to tell who borrowed what at this point.

When Roman Reigns is ready to execute his finisher, "The Superman Punch" (forward-leaping downward cross strike, popularized in Muy Thai and mixed martial-arts), he signals his intent to the crowd by "cocking" his right arm like a shotgun, dropping dramatically to one knee, slamming his fist into the mat and pausing to glare up at his target before the (usually) victorious lunge. It's "powering-up" choreography familiar from dozens of video games... but ported over from fighting-themed manga and anime that have often been profoundly influenced by pro-wrestling, which happens to be massively popular in Japan.

But while games based on "legitimate" sports like baseball, basketball or American football have been widely improved by modern innovations in graphics, A.I. and movement simulation; doing the same for what the pro-wrestling biz today calls "sports entertainment" has proved (with the notable exception of THQ's WWE All Stars, which ditched any semblance of reality for an arcade-style fighting game approach) a trickier proposition: What does "realism" mean to a sport where the outcomes are predetermined, the motivations are scripted and the characters are to varying degrees fictional constructs? Do we really want things like a realistic physics engine when the "real" sport being simulated runs on its own alternate-universe physics where, for example, you can take multiple direct strikes to the head and merely become more determined to win... but can be rendered unconscious by a single surprise smack across the back with a folding chair- providing, of course, that said chair being wielded by your former best friend who has inexplicably formed an allegiance with your mortal enemy? 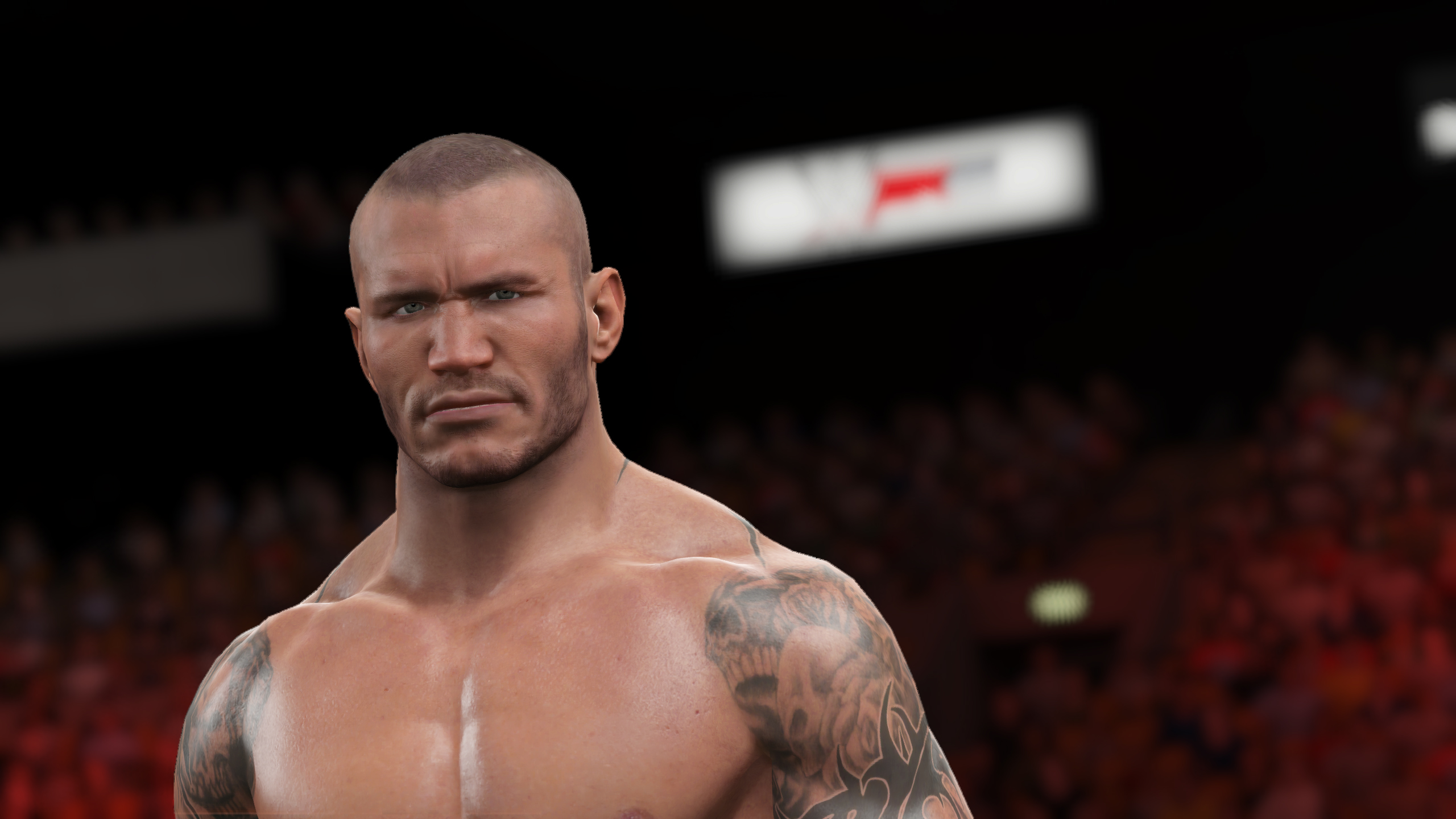 2K, Visual Concepts and Yuke's are betting big that the answer from rasslin' fans and gamers alike is a resounding, Daniel Bryan-style "Yes! Yes! Yes!" With WWE 2K15, they've set out to deliver the most authentic looking and realistic feeling wrestling game ever, and even in an unfinished form it seems quite possible that they'll have succeeded. Whether or not the final product will be what WWE fans actually want or something gamers in general will find fun to play? That remains to be seen.

The main overhaul (from previous games in the official "main" WWE series, which 2K took over from THQ as of '14) has been to the gameplay. Whereas most earlier pro-wrestling games generally allowed players to begin throwing strikes or lunging for holds right off the bat, 2K15 makes an interesting attempt to mimic the move/countermove "chain-wrestling" choreography that traditionally forms the first narrative "act" (and sometimes more) of a real-life match by having matches in the game put players through a set of minigames before they're permitted to start throwing strikes and activating special-moves.

In the build offered hands-on to members of the press (at a debut event held adjacent to last weekend's Summer Slam) it works like this: When opponents lock up at the start of a match, it triggers a rock-paper-scissors button-pushing minigame that decides which player will start off with the upper hand. That position can then be prolonged or reversed by the outcomes of a second minigame built around a "lock-picking" mechanic (i.e. turn the thumbstick until it vibrates, hold it there until the power-meter fills up.) Until the back-and-forth of these minigames has left one or both fighters sufficiently damaged, the full arsenal of moves isn't at your disposal.