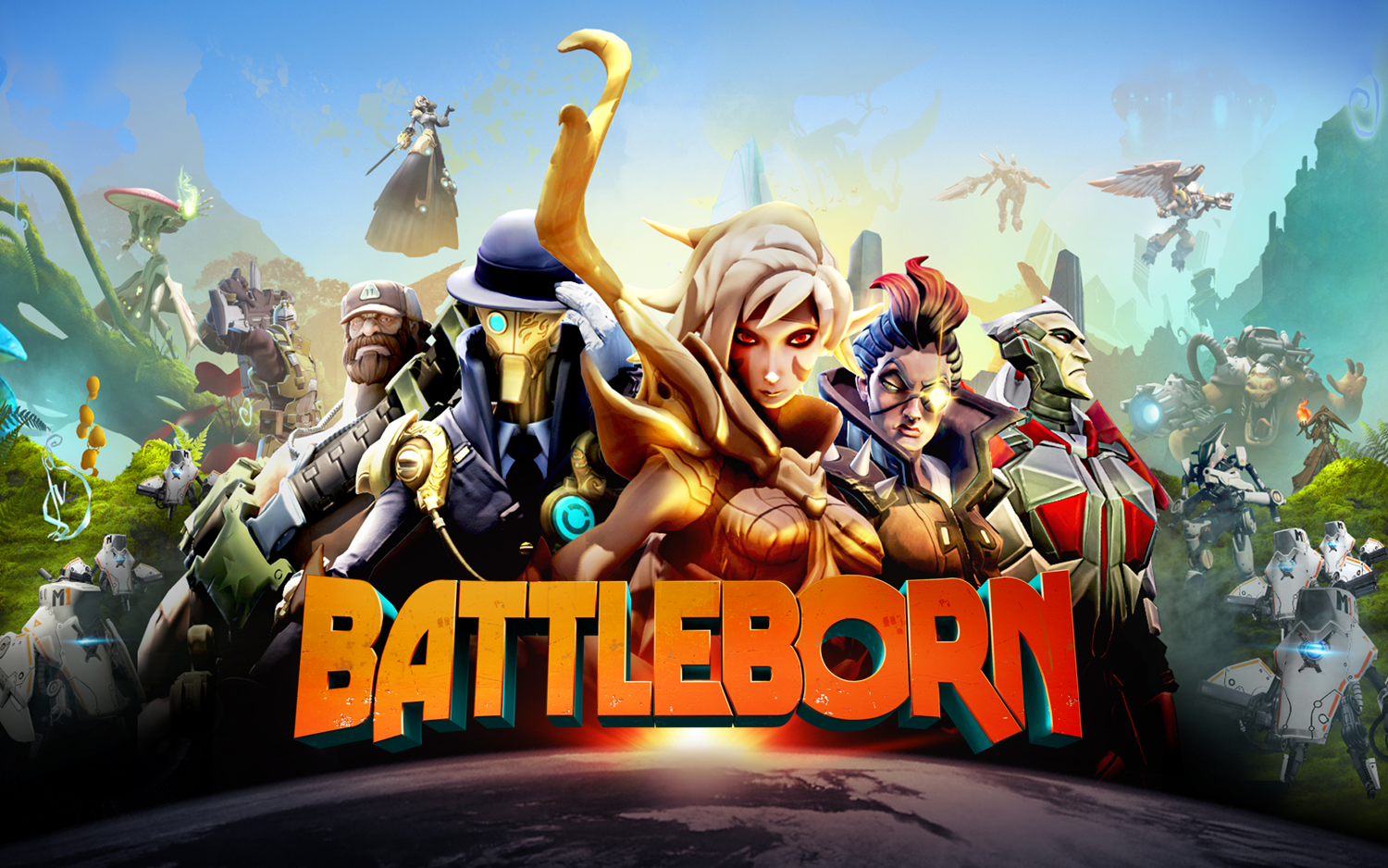 After the success of Borderlands 2, it seemed like a logical - and quite possibly lucrative - next step for developer Gearbox Software to get a sequel on the drawing board as soon as possible. However, Gearbox CEO Randy Pitchford has never been one to follow conventional thought. Of course, Gearbox is hitting the Borderlands audience with a "pre-sequel" set in space, but the company has also chosen to go the new IP route, with something it dubs a "hero-shooter" in the guise of Battleborn.

"We like to invent and try new things," Pitchford said at an event in New York that unveiled the new property. "We did the same thing when we went from the success of Brothers in Arms to Borderlands. People thought we were crazy, but look how Borderlands turned out."

The story behind Battleborn is that all the stars in the universe are slowly winking out of existence thanks to a malevolent race know as the Veralsi. One star (Solus) remains, and all the remaining races and factions have moved to this last star system in a last stand against a common enemy. The races have agreed to put aside their difference and supply heroes known as Battleborn to work together for a common goal - ridding the universe of the Varelsi.

The story then drops the characters into a 5-player cooperative mission-based campaign. If you are one who prefers to go at a game solo, you may get your wish - with your character and four AI buddies - but Gearbox wouldn't elaborate on that, preferring instead to focus on the coop missions for this event. 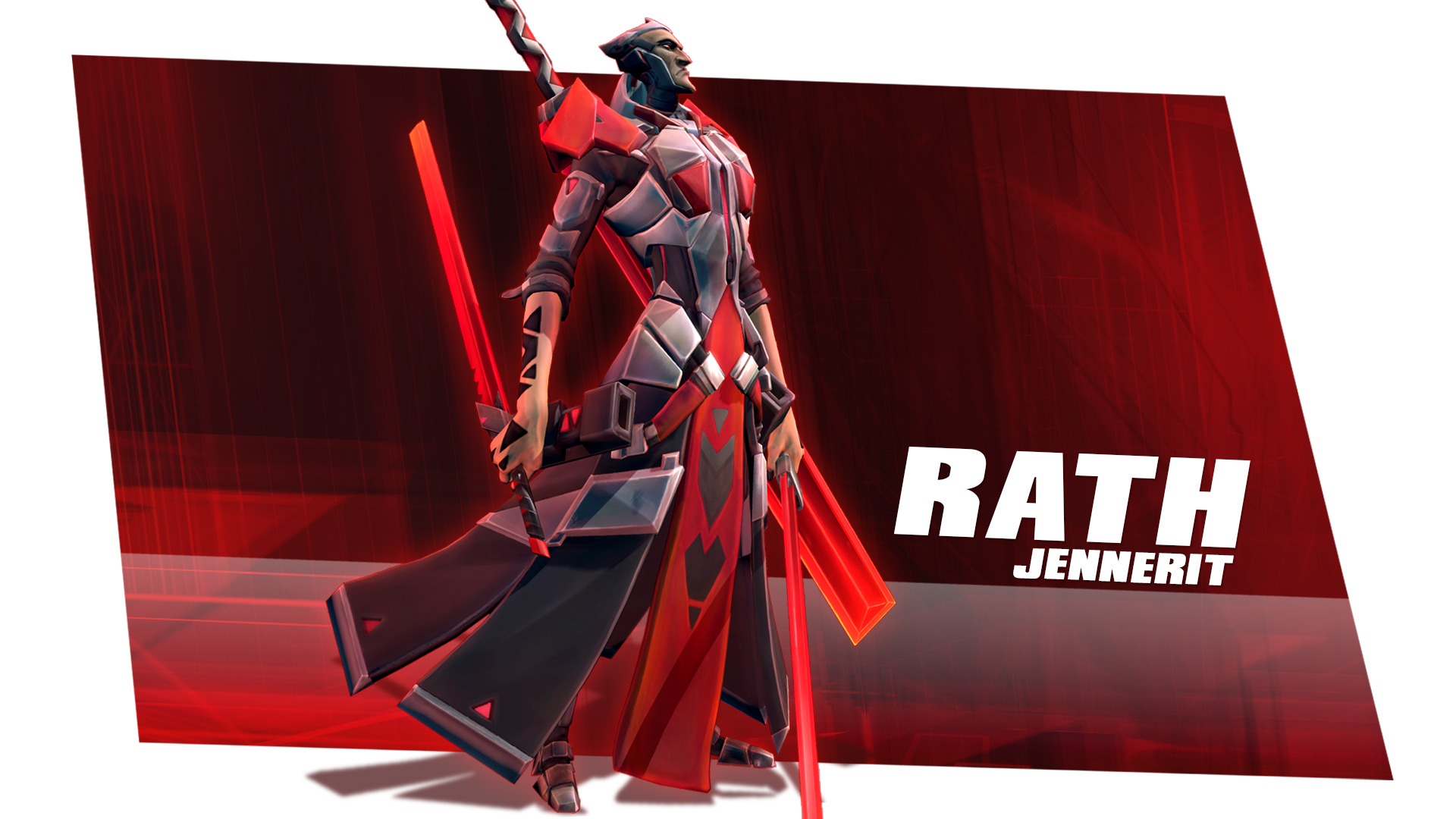 Pitchford said that taking this story approach allowed the team to come up with a wide variety of characters for the game. While the Bordelands series was known for its large arsenal of over-the-top weapons, Battleborn is going for a similar concept with a variety of characters. Nine different characters were revealed at the event, but plenty more have been promised. Many of the characters represent an archetype of character that has appeared in other games, but Pitchford said that isn't always going to be the case. "We'd love for a few of these characters to be a prototype for a game that has not come out yet," he said.

For example, you have Oscar Mike, your typical space grunt meant to play much like Master Chief in Halo, with lots of automatic weapons and grenades. There is Thorn, the Tolkien-esque Elven archer that is so deadly with a bow. And there are even a few melee characters, including Rath, a member of a vampire race that loves to do damage with dual swords. (Castlevania anyone?). Other characters include a man-mountain aptly named Montana who favors big guns; a mushroom man named Miko who is more of a support character, but can be deadly with throwing blades; and Marquis, a gentlemanly robot sniper who was a butler in a previous life before a bad software upgrade turned him into an all-too-polite terminator. Reyna, Phoebe and Caldarius were also mentioned as characters, but they were not part of the coop gameplay.

Each character is also complete in their own right, with their own backstory and play style. No character is a reskin of another. While in Borderlands, all characters had the same run speed and moves, that is being changed up in Battleborn. Thorn can be seen darting around the battlefield as Montana lumbers in. Rath will go in with a whirlwind of blades, while Marquis will headshot you with a bow and an apology.

While only enough of the story and characters were revealed to whet our appetite, the crux of the event was to reveal the gameplay of the new IP, a first person shooter with RPG and MOBA elements. This hero shooter is taking a different approach to the RPG leveling mechanic, giving players the chance to take a character to the max level of 15 before resetting them again to level one for the next mission.

As players level through a mission, they can choose one of two upgrades to their existing arsenal of weapons. For example, one of Oscar Mike's upgrades could allow him the choice of grenades that do more damage in a smaller radius, or grenades that do less damage in a bigger radius. Montana could choose between ice bullets that slow an enemy or fire bullets that do more DPS, and so on. Marquis uses an owl and a stopwatch, each of which could be augmented with different abilities as he levels.