Soul Axiom is an eerily beautiful jaunt through a cold cyberstation overflowing with memories, punctuated by sharp stings of horror-inspired moments. Though beautiful, the grand experience teems with strange quirks that take away from what should be a breath-taking experience.

As it is, Soul Axiom feels like the spiritual successor to the serious point-and-click adventures of the early '90s. Comparisons to Myst spring immediately to mind, and feel completely natural alongside the most of Soul Axiom's environments. Environments which are, inescapably, the singular best part of the game. Equal parts visual and soundscapes, the narrative travels along various memories of the main character, whose memories are both the central plot and also the central mystery. Forging forward means dropping into specific memories, playing out specific actions, which leads to finding specific snippets of the story with each completed area.

The game plays all of these story beats very close to its chest. It holds them hostage, slowly revealing details as the grand story unfolds, but seems to treasure the uncertainty. The sense is that the goings-on are beyond the player's control. The early events solidify this, dropping the player unceremoniously into the action without a word of description, and staunchly refuses to personalize or qualify the goings on despite how much technology, tone, and environment changes within the first hour. The proceedings retain an air of mystery as a result, only starting to make more sense as the player gets into the central mechanic properly, and presents the players with ready access to the various areas that compose the protagonist's memoryscapes.

These lush memory environments aren't entirely devoid of life, but any impending drama feels distant. Distant chanting, even more distant sounds of war, the whipping of blizzard-like wind against the walls are present and theoretically dangerous hazards surrounding the memories, but they're never an active detriment to the player. In practice, they're just for flavor. For the player, exploration the memories and completing the puzzles are the only concerns. 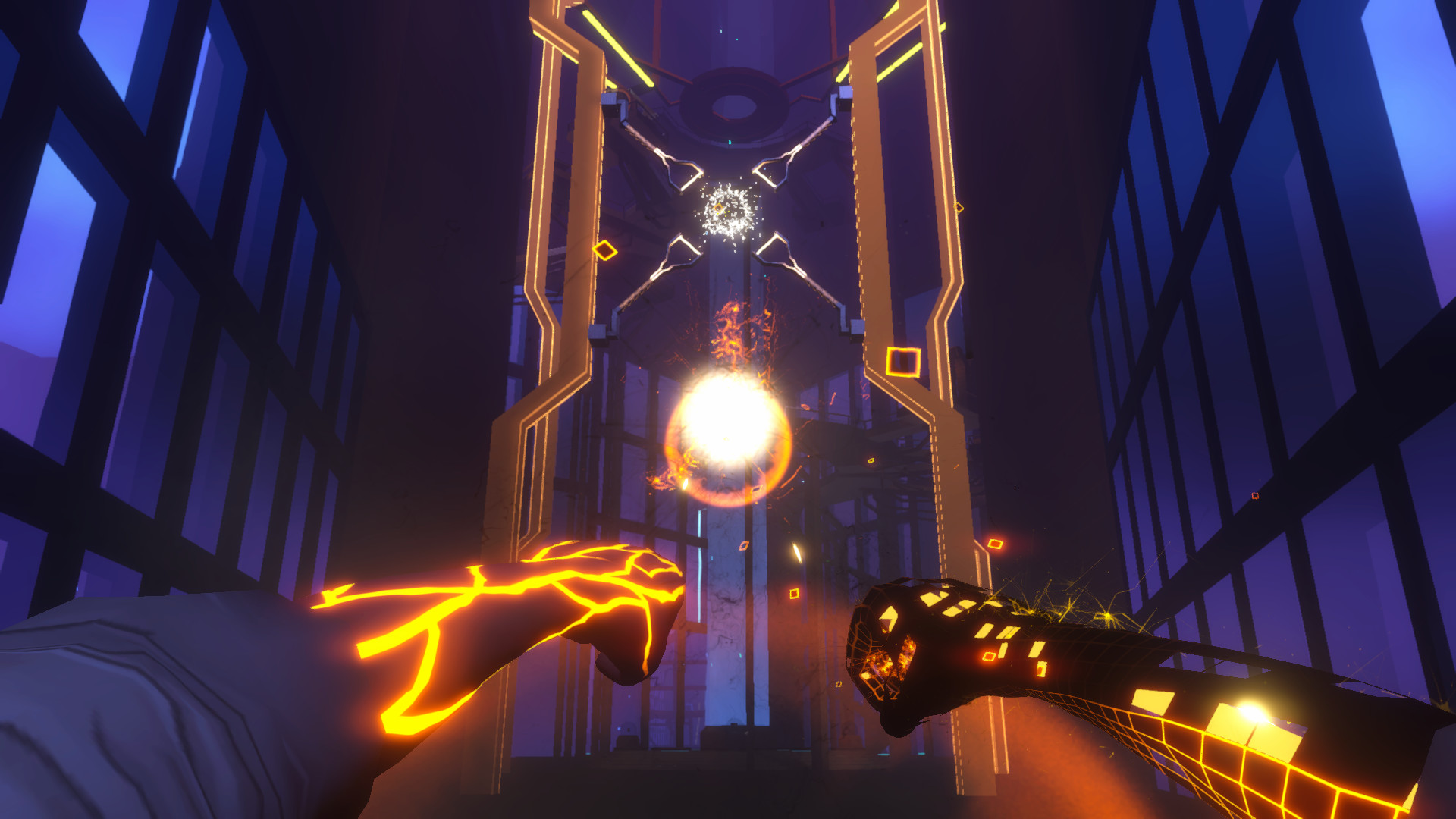 This means the puzzles themselves can be taken at whatever pace suits the player's leisure. Although the environments are filled to the brim with subtle cues and colorful details, they're all done in service of establishing a history or cluing the player in the puzzle's solution. They're flavorful, but distant. Like the hazards, there's nothing really locking the player in place. They're just there, things to find and explore, consider and collect, but not really care. They mean something, but that something is locked behind further hours of play, meaning that the first handful of hours with Soul Axiom will be spent doing things because there are things to be done, not necessarily because they're things worth doing.

It is, for that reason, a very measured experience. The central puzzling mechanic is split among various powers, which allow the player to command various supernatural effects such as materializing or dematerializing objects in the world, and moving objects along a pre-determined path, which will be the two main methods of solving puzzles throughout the early part of the game. More powers come in time, but these two will be the primary methods of both exploration and puzzle solving for the first few hours.

The puzzles themselves have no real urgency, nor do any of the environments, so the focus slowly transitions back to the environments, the memories, and the reasoning for it all. Why do these environments exist, what is their purpose, and are the many puzzles found within them relevant to anything? Or are they just there, waiting to be solved, because that's what one does in a puzzle game? 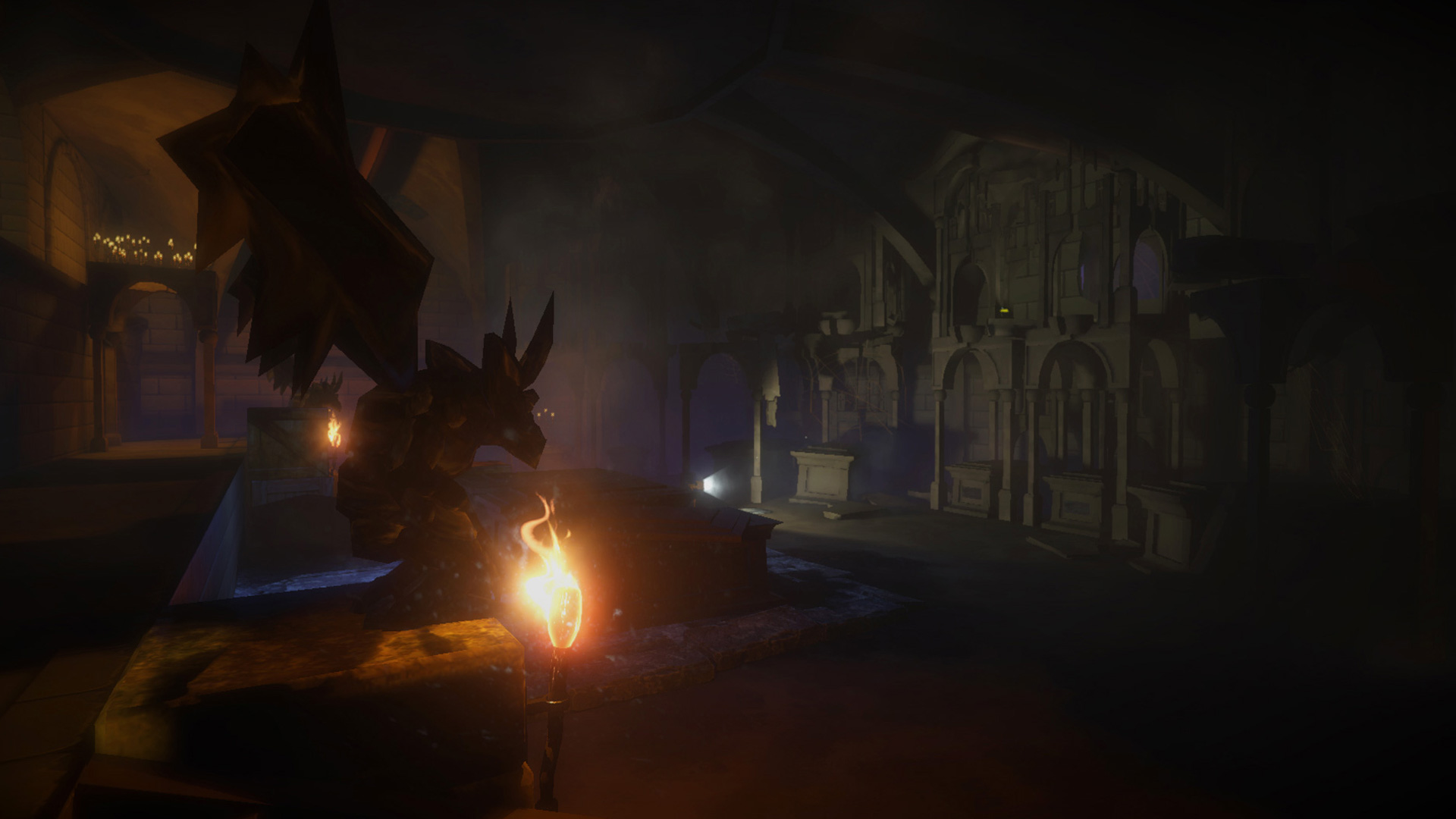 Like Myst, Soul Axiom does most of its business in the mystery. There's such much story hidden in the margins, buried under hours of exploration and curious probing, but it feels dated. Decades later, games have switched gears, they've told bigger stories, bettered the craft of interaction-based narratives, and made the comings and goings much more fluid. Many of the little quirks, such as clunky controls, imperfect visual effects, or substandard optimization can be chalked up to Early Access, but even taken as a whole, it's still missing the much-needed soul.

Soul Axiom is a game with more questions than answers, and will take its time giving the players answers to the incessant questions. It's a beautifully wrapped intrigue, but one that unfortunately lacks the soul it so desperately needs from its players. It's an exceedingly beautiful game, with exceedingly interesting concepts, and perfectly fair puzzles, but none of the heart needed to make it lasting, endearing, and personal.

It's an experience, one that touches on the best aspects of exploratory games, but one that feels a little overly retro in an industry boiling over with indie approaches to all manner of storytelling style and genre. An experience best suited for late morning coffees on lazy Sundays, but still an experience worth indulging.

Indulgent, beautiful, packed with possibilities, but perhaps a little too brooding and mysterious for its peers in the modern age. There is future in Soul Axiom, but what that future is, perhaps, is as mysterious and uncertain as its central premise.

Soul Axiom has been in early access on Steam and is expected to be released on November 17.