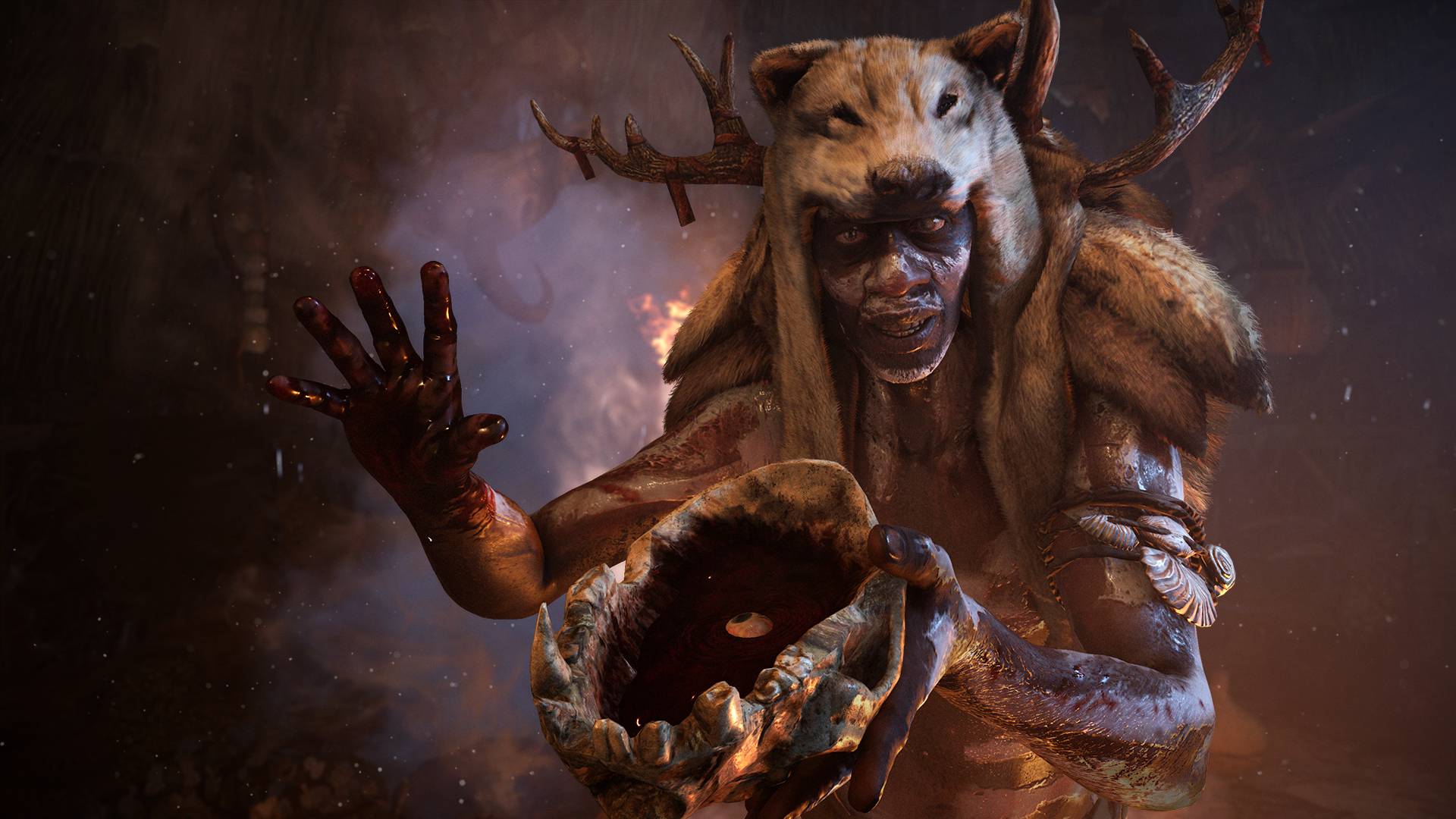 Ever since Far Cry 2, the Far Cry games have stuck pretty closely to a specific formula: The player takes control of a random dude that gets placed in a hostile environment that straddles the border of reality and fantasy, encounters some eccentric villain with a penchant for philosophical monologues, joins some sort of rebel faction to fight against the big bad, captures a bunch of enemy outposts, kills a bunch of animals, crafts a bunch of upgrades and climbs a multitude of towers.

While Far Cry Primal still adheres to much of that same Far Cry formula, the ways in which it does deviate are quite interesting, and especially surprising coming from a developer in Ubisoft Montreal, that has grown notorious for playing it very safe when it comes to sequels for their most popular series. 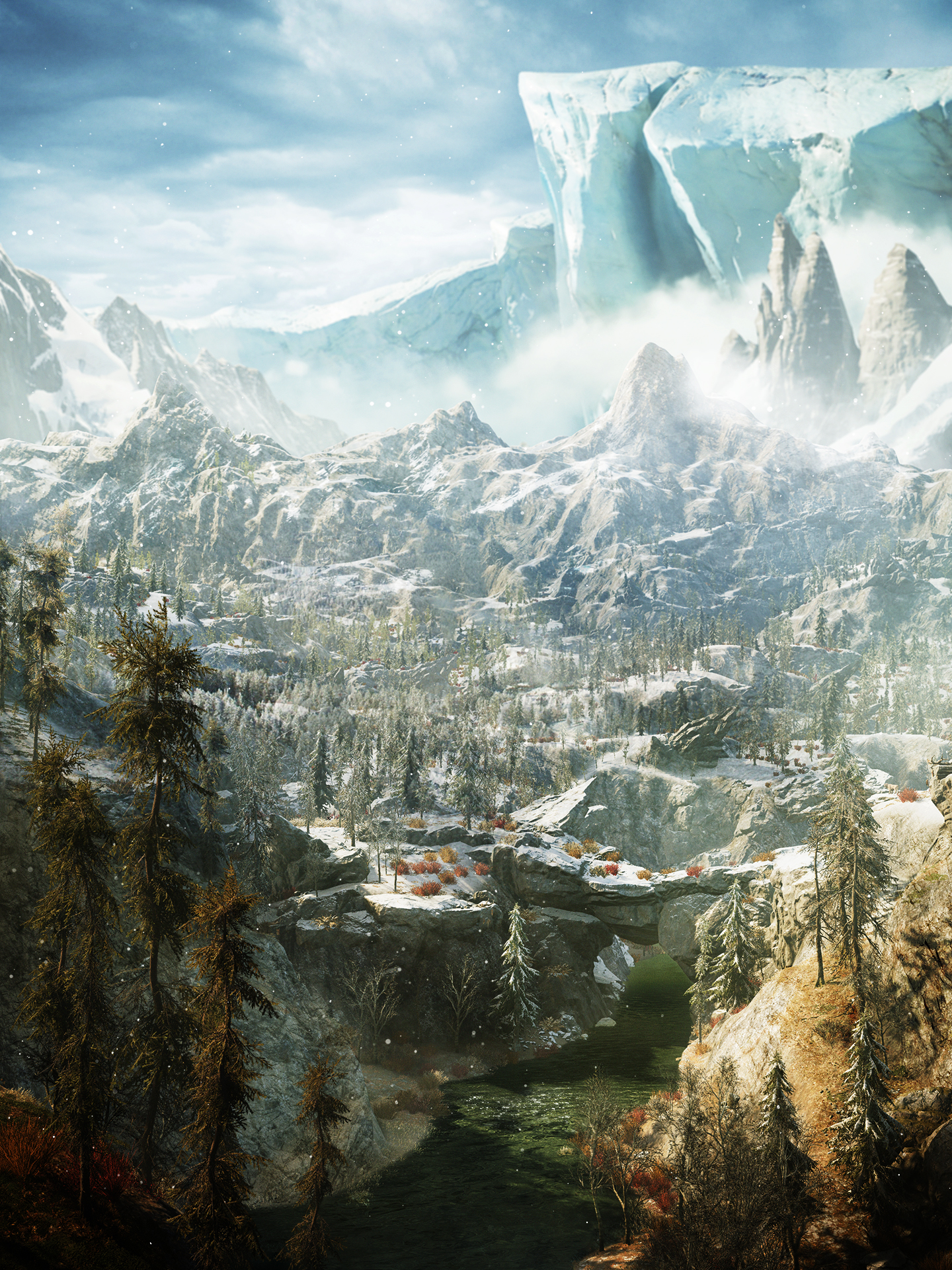 As the name suggests, Far Cry Primal takes place at the start of the mesolithic era, a time when beasts still ruled the land, and mankind was just as often the hunted as they were the hunters. One of the first things I noticed in my one hour of playtime with Far Cry Primal was how alive the world of Oros felt. Animals are everywhere, and there's a feeling of an actual ecosystem at play in the world. A grazing pack of yaks might suddenly get attacked by a jaguar, causing the pack to sprint away in a panic; further down you might find a hunting party of a rival tribe looking to secure some meat; and when night rolls around, off in the distance you might be able to spot the glowing eyes of a wolf pack staring you down. Animals have always played a large part in previous Far Cry games, but in Far Cry Primal they're front and center of the experience.

Even more so when you take into consideration the fact that Takkar, our lead character in Primal, is a Beast Master, which gives him the unique ability to tame many of the most vicious predators of Oros. To tame a beast, you must first throw out some bait to get its attention. Once the beast starts eating the bait, you move up to it and press the tame button. There's a great moment while taming a beast when the animal notices your presence. It immediately starts snarling and goes into defense mode. But Takkar holds up his hands, calms the animal down, and just like that, the vicious lion that looked like it was about to tear you limb from limb now looks like an adorable kitty cat, purring as you pet its head.

In my hands-on time, I counted at least 15 tamable beasts on the menu screen, with each one having their own stats and specialties. The jaguar, for example, excels at sneaking up on unsuspecting foes and has the unique perk of being able to kill enemies from stealth without alerting any of their nearby allies. The brown bear on the other hand, is basically a tank, capable of withstanding a huge amount of punishment and is able to draw the attention of nearby enemies, allowing you to sneak behind them and execute your own instakilling executions. You're able to swap out beasts on the fly, which offers a great deal of variety in terms of how you can approach any given combat scenario.