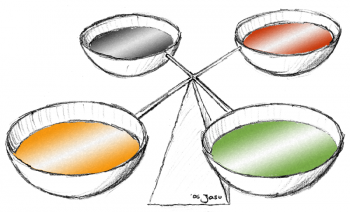 When you step off the boat in Boston, your avatar will be dressed in typical Pilgrim clothing. For all of the hardcore concepts in the game, you are actually pretty cute and have a multitude of emotes and expressions at your disposal - the lol and facepalm animations look pretty good so far. From there, you must build your own place in the New World by meeting friends and, well, building buildings. So how does the crafting work? Is it fun?

"If we were to chop down a tree here, it will generate a stump and a log," Bjorn Johannessen, the creative director of the duo that call themselves Sea Tribe. "Logs can then be further processed into boards and other wood products that you need to build for example houses, looms, or a table and chairs."

You can accomplish this task on your own, but it's much faster with friends. "We've tried to build in cooperative gameplay, even in the smallest details of the game," he continued as his partner Frederik Tolf demonstrated. "Chopping down this tree is going to take quite a while if he does it by himself, but if he were to team up with a couple of friends, and also if he had a metal axe instead of the crappy stone axe he has now, he would be able to chop down the tree in no time. We want player to have a distinct edge by playing cooperatively in the game."

Johannessen drew my attention to possibly the most RPG-like element of Salem, a red black and yellow shape at the top of the screen. "This parallelogram illustrates the ratio of your bodily fluids or humors," he said. "This is obviously based on 16th century medicinal theory where it was thought that you had four bodily fluids and the balance of them determined your psychological mood, your health and well-being." The four humors are Blood, Phlegm, Yellow Bile and Black Bile and everything you do in the game has a cost associated with one of these bodily fluids.

"If someone were to punch you in the face, you'd lose blood," Johannessen said. "If you throw a punch, you lose yellow bile." Phlegm is used for crafting and the demonstration avatar had a severely diminished pool of phlegm from chopping down the tree earlier. You can replenish your fluids by eating foods, which can also increases the size of your "pool" of fluids, essentially making you stronger. "Leveling up is primarily done through eating food, which is why you want to farm, build and craft."

What skills your character possesses is important but it will not be a grind. "We haven't decided how you will acquire skills yet, but it will probably involve black bile because that's the more intellectual resource," Johannessen said. "Skills are more Boolean in nature: either you have them or you don't." Some of the tasks in the game will be impossible unless you have the right skill; you can't build a certain building, say, unless you have carpentry, but not all skills are related to crafting. "If you have a mountaineering skill, that could allow you to ascend a steeper elevation."