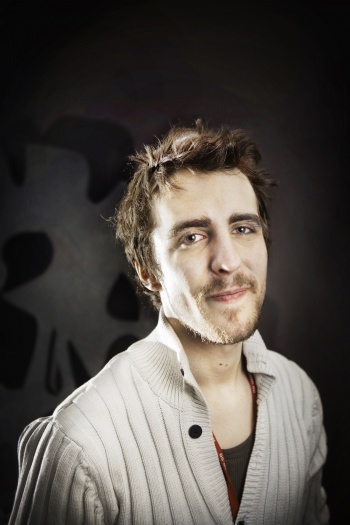 I'm one of those WoW players that will spend way too much time picking herbs and disenchanting items, without any XP reward, so the idea of having to forge a network of material suppliers in order to create the most food to level is intriguing. Combat in Salem is certainly de-emphasized, but it's still there as Frederik Tolf directed his avatar to attack a deer that wandered by. The feeble punches he was able to muster were no match for a few swift kicks by the beast's hind legs and Tolf's avatar fell to the ground, unconscious.

Here's where the really hardcore stuff comes into play. "The deer is a nice and peaceful creature, so it won't hurt him after it's knocked him out. But if Frederik were to receive another hit now, his character would die," Johannessen said. "If you die in this game, your character is for all intents and purposes, gone, dead, finito. You have to roll a new character. We might allow you to keep a percentage of your stats -- we do that in Haven -- but the psychological aspect of losing your character and all your gear - gear is often way more important in a game like this - can definitely hurt."

You're telling me. I remember the days of leveling up a character in old MMOs like Ultima Online and dealing with the repercussions of some schmuck who's way over my level ganking me for no reason. That death resulted in a loss of experiences and loot, but at least my character was still there. What's to prevent the same brand of schmuck going around killing poor Pilgrims in Salem who just want to chop down some trees in peace?

"You need to unlock a couple of skills before you're allowed to PvP," Johannessen said. "You need to learn murder in order to kill other people." The image of murder trainers (rogues?) in the safe-area of Boston immediately came to mind, but Johannsen said they were considering the mechanic of buying a book to learn skills. Still, even if you have to learn how to kill someone from the esoteric process of reading about it in a book, how will the world of Salem be policed?

"When you commit a criminal act, you will leave a theft scent or a murder scent. This scent can be used to track you down, and summon your character, even if you are offline, and your character can then be summarily executed," said Johannessen. Even that killing will result in your executioner dropping a murder scent when he takes his revenge. "What we've seen in Haven is that people are very cautious of engaging in PvP at all. They know that if they kill another player that carries consequences, for a while."

Timing becomes important, as is what you do after you commit the crime. The scents expire after an amount of time relative to your crime, so if you can hide far away, in a cave or behind walls, then your chances of outlasting the authorities increase. Perhaps the worst thing you can do is kill someone and log off, because anyone who has the scent can summon your avatar and kill you without you even knowing. At least, if you're online in the world of Salem, the tracker must find your location manually.