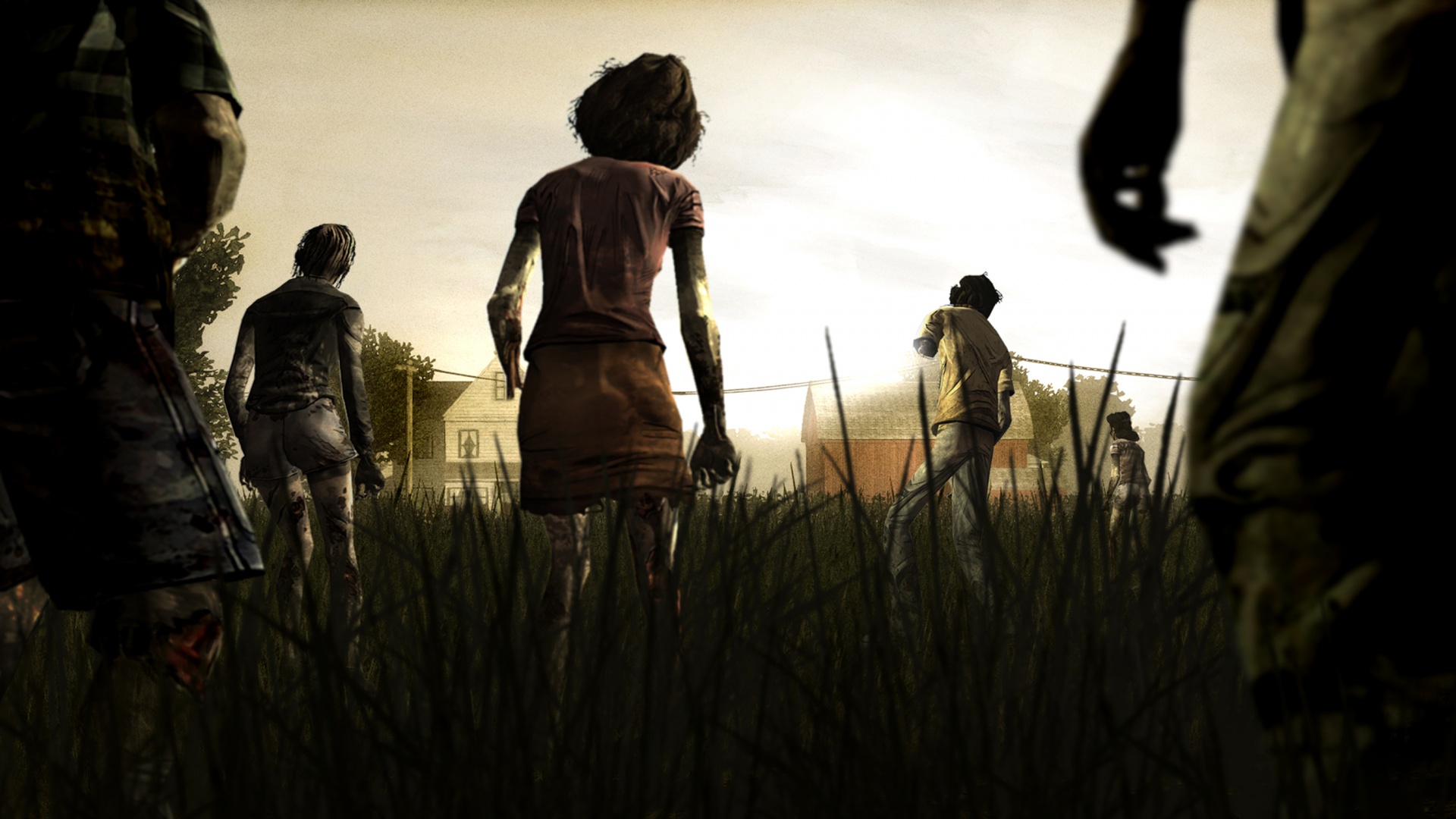 Telltale already demonstrated this in the first episode of The Walking Dead, allowing the player to decide on everything to the mundane (should I pick up this energy bar?) to deadly serious (which one of these people do I allow to die?). By the end of the first episode, several major decisions had already been reached that will affect the subsequent episodes. And there are no correct decisions.

Today we got a look at the first twenty minutes of episode two, which Telltale is hoping will be released at the end of June. Of course, this segment of the story won't be the same for everyone. The characters in your group depend on who lived and who died in your first episode; those individuals and their specific set of skills will affect the choices you have in episode two.

The demo began three months after the events of the first episode. The gang is still holed up at the motel, but things have gotten even more dire. They're almost entirely out of food, forcing Lee into the woods to hunt for something, anything not infected. Like in the first episode, even the smallest dialogue choices can resonate later on, and if you have the option turned on, you'll be notified after you say something that will have consequences later on.

Instead of food, Lee stumbles upon a teacher and two of his high school students. The teacher's leg is stuck in a bear trap, and he's begging for help. It's an increasingly tense situation, with walkers closing in, the teacher screaming for mercy, and the teenagers panicking. During moments like this, it's easy to make mistakes, and a mistimed button push or wrong dialogue choice can mean the difference between life and death.

After weighing his options and seeing no other way out, Lee cuts off the teacher's leg in order to save him. It's ugly. It's bloody. It's not an easy choice, and there's no way of knowing whether or not it was a good one. In the chaos, the zombies grab one of the students. What would have happened if Lee just walked away? Walking Dead does a great job of creating lingering doubt.

Lee returns to the hotel with the one-legged teacher and surviving student, and the other members of the group are less than thrilled about having more mouths to feed. Furious, Lilly forces Lee to distribute the day's food rations: a few packets of cheese and crackers and half an apple. There's food for four, and nine people, meaning once again Lee-and therefore, the player-is forced to choose. Does he make sure the children are fed? Give food to the people who have the most useful survival skills? Should he have left those people out in the woods? They're already running low on food, so logically it doesn't make sense to add to their numbers. But if he had left the teacher stuck in that trap, would he have lost his humanity? These types of questions are very reminiscent of many of Rick's struggles in the comic, which isn't surprising given that writer and creator Robert Kirkman worked with Telltale on the episode arcs and overall story arc for the game.

Throughout the demo, we saw several instances of character choices having gameplay consequences. Sometimes they were immediate; sometimes a seemingly minor line of dialogue came back to haunt Lee later. For all of the emphasis that Telltale put on the player having choices, though, it seems like many of them are only skin deep. Yes, your party members will be different depending on who you save, but you're still getting essentially the same story and a very similar experience. Interestingly, Telltale used the data they collected about player choices from the first episode to help shape the rest of the series, and it will be great to see how that plays out.

The Walking Dead had a strong start with the first episode, and it looks like that momentum will continue into episode two. Though the choices sometimes seem shallow, that doesn't mean they're easy to make. Times are only going to get tougher for Lee, and that means the hardest decisions are yet to come.