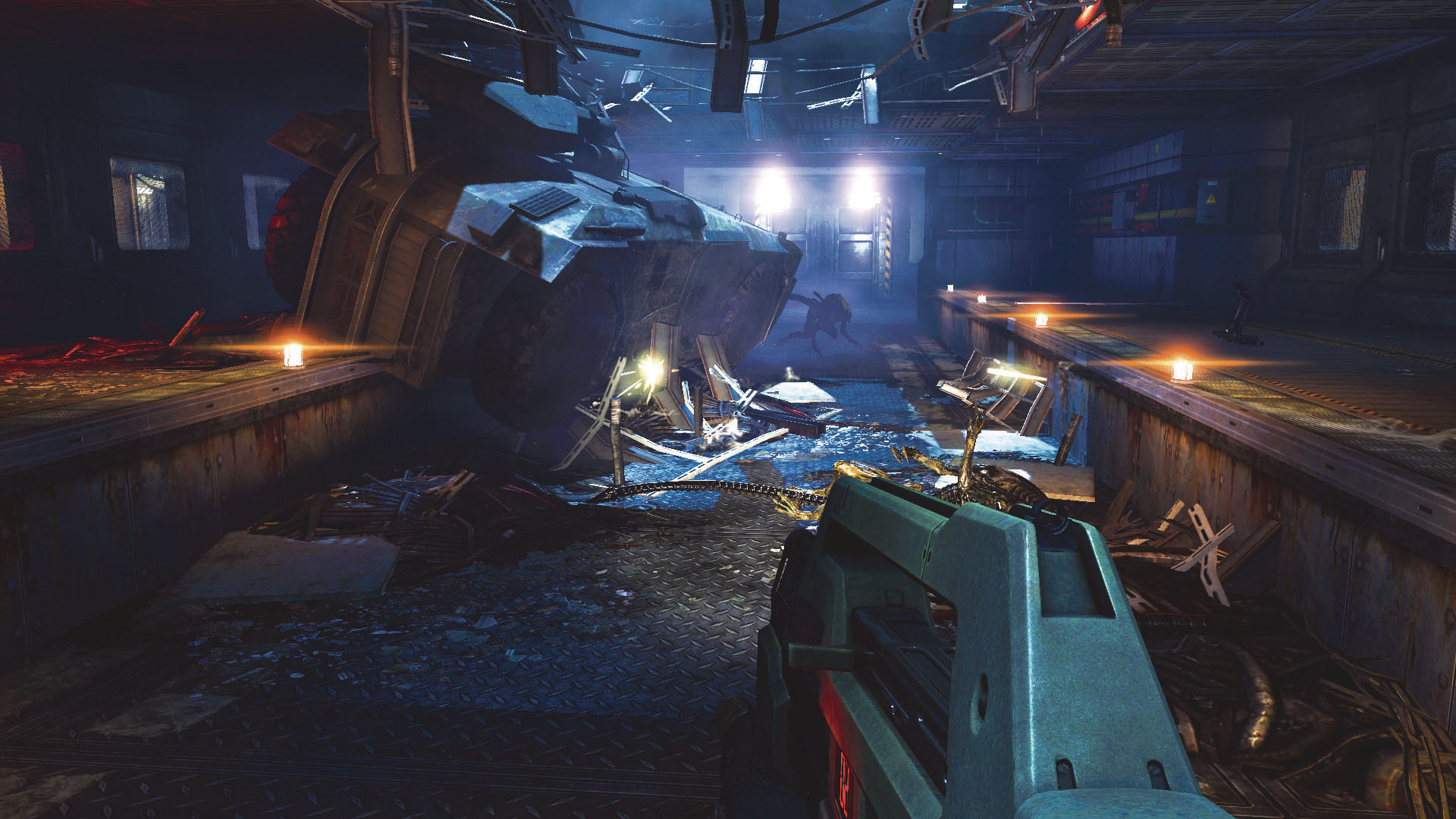 I don't particularly love multiplayer shooter matches, but I do love me some Aliens, so I was happy to give the 6-on-6 Aliens: Colonial Marines death match a try. The match was Marines versus Xenomorphs, but unfortunately only the Marines were playable in this particular demo.

The weapon loadouts were instantly familiar and I switched between the motion tracker and the pulse rifle with ease. I was hoping to have a shotgun - you know, for close encounters - but my other gun was the pistol. The map was an outdoor location, hemmed in with mechanical detritus, much of which was already covered in some kind of secreted resin. The match only lasted five minutes, so there wasn't much time to really get a solid feel of things like balance or map size, but I can say that the fast attacks from the Xenos added to the tension and made for a genuinely fun experience. Someone on your team will undoubtedly start yelling "Oh, you want some?" and "Let's rock!" as the aliens begin swarming on your position. Probably me. Sorry, can't really help it - everything just feels so genuine to the movie that it's easy to drop into that mindset.

Each team had a special pickup that would spawn for them somewhere on the map; the Marines had a big-ass gun, which we never did find, but the Xenos had something a bit more interesting. The Xeno pickup temporarily turns you into a larger alien with a huge, shielded head that lets you ram into things - like Colonial Marines - while taking less damage. Fighting the altered Xeno requires getting in behind its massive head and shooting it from behind. Coordinating that while other Xenos zero in on your position will take some teamwork.

After the match, (in which I came in second, thank you, thank you) I racked up enough points to earn the grenade upgrade for my pulse rifle, which unfortunately I didn't get the chance to try out. With so many people waiting to give Colonial Marines's multiplayer a try, it's understandable that the match had to be kept short, but it was such a small glimpse at the gameplay that it's hard to form any kind of perspective. I loved my time playing, but I'm also an unabashed Aliens fan, and without that bias it's hard to see anything here other your basic shooter death match. If you view every meal as a banquet and every paycheck a fortune, there's much here to enjoy, but if you just want a new favorite shooter, then you'll still have to wait and see.