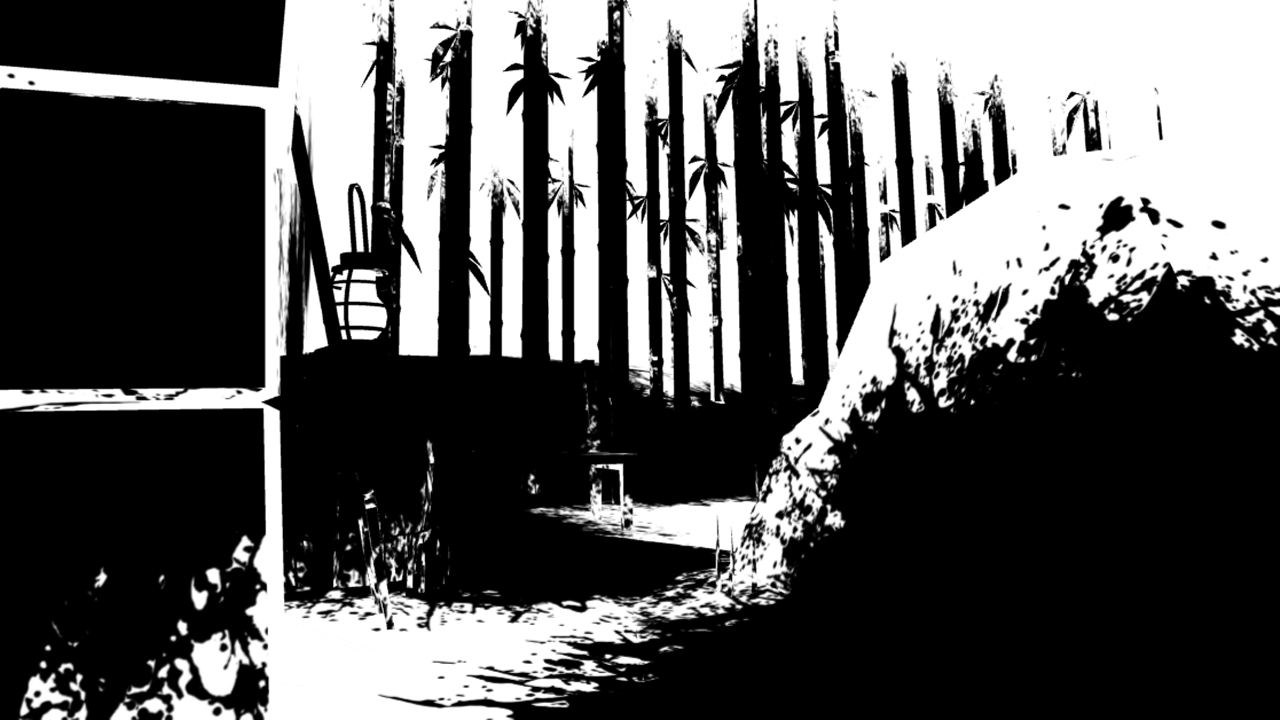 It's rare to be surprised by anything at E3. Even brand new franchises usually have more than a little in common with the countless sequels you'll see clogging demo kiosks, but Unfinished Swan is alone in its oddness. It's beautiful and curious, and to play it is to experience a series of small, joyous discoveries. I found myself smiling as I worked my way through its quiet demo, and uttering many coos of delight.

In the game, you play as the young Monroe, whose mother never quite managed to finish any of the paintings she ever started. After her death, Monroe was only allowed to bring one of her canvases with him to the orphanage, so he chose her favorite, The Unfinished Swan. One night, the swan disappears, and Monroe follows its footprints through a door he'd never noticed before.

What greets you next is an utterly stark world of white. You might actually think that the game is stuck on a loading screen, because there's absolutely no detail before you - just a uniform blankness. Once you begin throwing blobs of black paint, the world reveals itself as each splatter outlines a bit of hallway, a bench, or a frog leaping into a nearby pond. You have to be somewhat judicious about how much paint you sling and where, though - slosh too much around and subtle detail will be lost in the flood. Maneuvering through that first chapter of The Unfinished Swan is a lot like feeling your way through an unfamiliar house in the dark, as you tentatively progress up staircases, past bamboo thickets and through a gate. At one point, I used a barrage of paint blobs to knock down a wall, though I used a few well-placed shots to collect a balloon, the game's collectible.

The landscape isn't completely barren, though, as small bursts of color exist here and there, highlighting an item that you probably want to investigate. A splat at a Drop Cap will reveal a portion of the story of the king whose city you're exploring. He tried to find exactly the right color for his garden, but couldn't quite do it, and soon discovered he had other problems. Each chapter adds more to his tale.

Though the first chapter of The Unfinished Swan was utterly blank until you filled it in with black paint, the other chapter I saw was already detailed and covered in black vines. In this chapter, I was armed with water, not paint, which I hurled at a switch to get water flowing through a vine-choked courtyard. The swan's footprints will point you towards your next goal, which in this case was a high wall that I could only climb once I threw water at vines to make them flower and grow up the wall. Each chapter will have its own distinct look and goals.

The Unfinished Swan's minimalist mechanics place the emphasis on exploration and discovery, but its understated nature probably won't be for everyone. I'm eager to see more when it comes out on PSN later this year.